Amid controversy, Germany′s police struggle to find recruits | Germany | News and in-depth reporting from Berlin and beyond | DW | 08.11.2017

Serious accusations leveled at the Berlin police academy include violent and even criminal trainees. Meanwhile, police forces around the country are struggling to find suitable recruits. 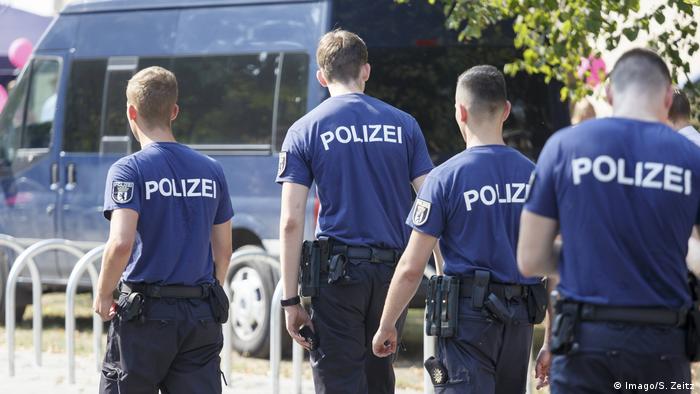 It started last week with an anonymous audio recording that soon began making the rounds among police. In the recording, a law enforcement trainer complained about unbearable conditions at Berlin’s police academy. Among the allegations: hate crimes, a refusal to learn and violence in a class that has many recruits with immigrant backgrounds. According to several local Berlin media sources, the trainer ends the recording saying: "They are not colleagues, they are the enemy. The enemy in our ranks."

A special meeting of the Berlin state senate's internal affairs committee discussed these and other serious allegations. According to the German Police Union, Arab mafia families are trying to infiltrate the force. Union spokesman Bodo Pfalzgraf told public broadcaster ZDF that there are clear indications of such a strategy. But Berlin police chief Klaus Kandt hit back, teling local lawmakers at the special meeting: "These claims are patently false."

It is not the first report of irregularities among the Berlin police. Previous allegations include a recruit acting in a pornographic film, another dealing drugs and still another involved in a theft ring.

Lots of stress, not enough pay

The fact is that there is both a lack of police officers, as well as qualified new recruits. For years, the police have been experimenting with alternative recruitment measures: looking across state borders, using rap videos, social media campaigns and ads written in the typical slang used by young people.

"It has gotten more difficult to find suitable candidates because there are other players on the job market who snap up all the good people," said Ulf Küch, press spokesman for the Federation of German Police Officers (BDK), one of three police trade unions in the country. 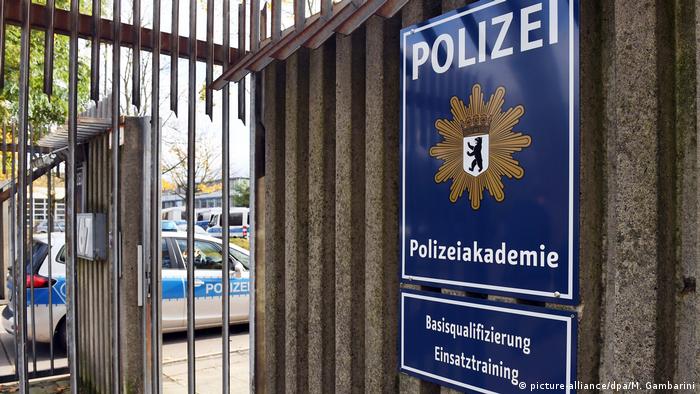 Then there's the profession's image problem: bad pay, unattractive working hours that include nights and weekends, and a permanent high level of stress. Michael Haug, youth leader of the German Police Trade Union (DPolG), says the media often paint a negative picture of law enforcement, conveying the impression that disrespect and violence against police officers has risen drastically. He maintains that's why a lot of parents discourage their children from joining the police.

People who want to become police officers need to be fit and healthy, speak fluent German, and have a stable character capable of handling the demands of the job. But increasingly, applicants are falling short. "There are a lot of applicants who don't even make it past the written test," said Haug.

The fitness test is also proving to be a difficult hurdle for many would-be recruits. That's despite the police having relaxed some of the criteria. The state of Baden-Württemberg, for example, now allows applicants to sport tattoos on their arms or wrists, as long as they don't say anything discriminatory or unconstitutional. The minimum height requirement has also more or less been done away with following several court verdicts.

"Given the lack of newcomers, we can't afford to turn away suitable applicants just because they have a tattoo or are a centimeter too short," said Haug.

But the BDK's Küch says changes are being made to other criteria to the extent that the bar is in some respects being lowered too much – what he calls an "absolute no-go." Some states have accepted applicants with less than satisfactory grades in German, for example. "That's not good, because the ability to use language well is an important tool in police work," Küch said.

Germany's police forces already have a personnel problem. When there are large-scale events such as the G20 summit in Hamburg, it's hard to put together the 30,000 officers from all over the country that were required. This past summer, the German Judges Federation and the Trade Union of the Police (GdP) expressed concern about upholding the rule of law, citing the alarming statistic that by 2021, every fifth officer among the country's roughly 215,000 will have left the profession. 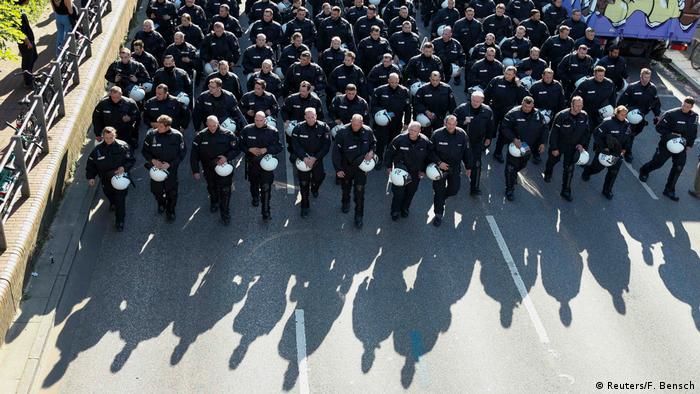 By 2021, every fifth officer among the country's roughly 215,000 will have left the profession

What has to happen?

Ultimately, much policing policy falls to Germany's states. Bremen has different hiring criteria than Bavaria, for example. But the current situation has resulted in growing calls to introduce unified recruitment standards nationwide.

Additionally, says DPolG's Haug, the police force needs to adjust to the changing career expectations of young people. More flexible working arrangements, the option of taking a year's sabbatical – these are things that should be considered. The old argument that being a police officer meant a secure job for life doesn't have the same pull anymore.

Addressing the current criticism, however, Haug says that those who manage to to complete the recruitment process and start their police academy training are normally well suited to the job. He feels certain that the allegations about the Berlin police academy are not indicative of a wider problem, adding that he's not heard of any other cases of infiltration by criminal groups.

The Berlin police have admitted that it sometimes receives applicants who are lacking in respect and discipline. There are also several cases of potential recruits with prior criminal records. In four weeks' time, the city's police chief will submit a detailed report on the allegations to the city officials.