Police in Germany kill more than you think | Germany| News and in-depth reporting from Berlin and beyond | DW | 14.05.2017

Police in Germany kill more than you think

A report in Tageszeitung has found an average of about 10 fatal police shootings in Germany per year. Many of the people killed were experiencing psychological episodes. 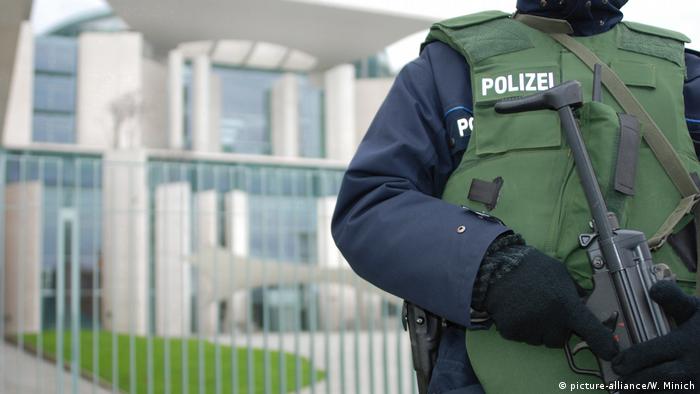 "As a whole, German police actually shoot very rarely, and there are officers who spend 30 years on the force and never shoot," said Peter, who has long reported on policing for TAZ. "Above all, we wanted to ask how police handle people who are psychologically ill, and I believe that there is the potential for necessary improvement in the way police behave in certain situations," he added. "I would like my research to be a starting point for debate, both public and within the police force, about how police can be better deployed, better trained and better prepared for ill people." 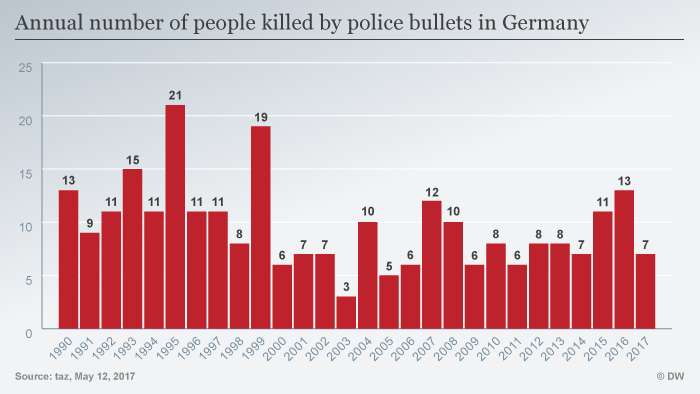 A common thread that Bednarczyk and Peter found is that many of the victims - about half in the past eight years, and six of the seven people killed in police shootings so far in 2017 - were experiencing forms of psychological distress shortly before they were killed. That's something that advocates of reform, such as Behr, have long considered an issue in need of serious attention.

"When a person is holding a knife, the police don't ask if they have psychosis," said Rafael Behr, a professor at Hamburg's police academy. "They handle a dangerous situation the way they've been trained to, and that can lead to a killing. There's no perception that something wrong has occurred. The evaluation of 'dangerous' outweighs the evaluation of 'ill,' so they say: 'Whether he was ill or not, he was dangerous, so we handled him like a threat.'"

Behr said police could avoid this by enlisting psychiatrists, counselors and others who are trained to work with people suffering emotional or psychological breakdowns for emergency situations, rather than attempting to handle it themselves. "That hasn't even been tested," Behr said. "The police have not holistically thought about how to better resolve such situations." 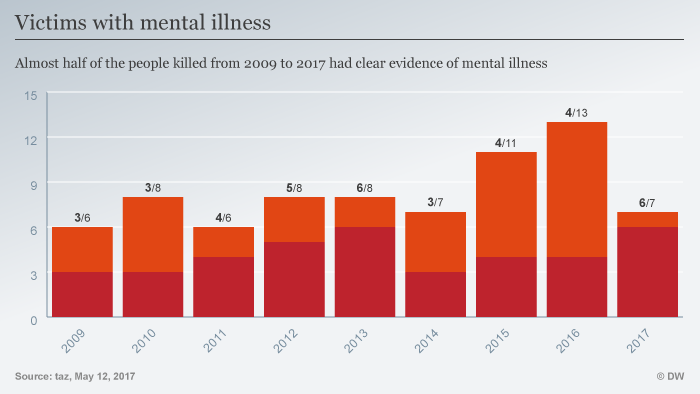 Because US officers might kill or injure more people in a week than Germany's do in a year, police here are much more likely to be given the benefit of the doubt. "The cases of death that are reported here are not like in the US, where unarmed minorities are shot," Behr said. "As a rule, there is not an intent to kill," he added.

But the deaths result - as TAZ reported, about 10 a year in police shootings alone - and they continue: 2017 is outpacing all of the previous years studied. Germany's faith in its cops is impressive and enduring. A good-faith effort on the police's part to retain that trust would be very impressive, as well.