State police in Berlin have been accused of trying to hide mistakes made in their investigation of Berlin Christmas market attacker Anis Amri. Interior Minister Thomas de Maiziere called the allegations unconscionable. 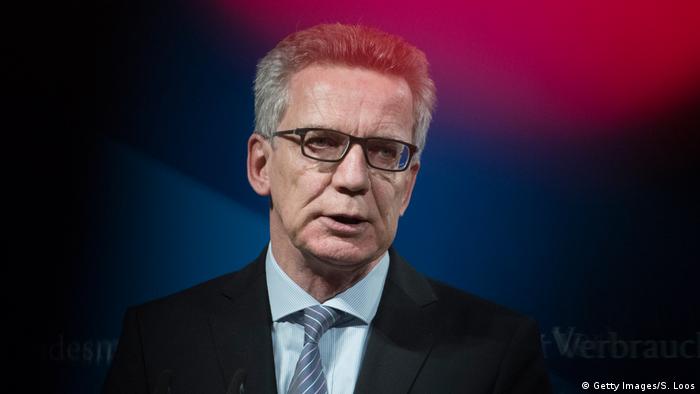 German Interior Minister Thomas de Maiziere expressed his shock on Thursday after allegations surfaced that officials for the state government of Berlin had committed gross misconduct handling the case of Anis Amri, the perpetrator of the deadliest Islamist terror attack on German soil.

"This is an unconscionable allegation, and I expect from everyone involved in the state of Berlin a very thorough and transparent explanation," de Maiziere said on the sidelines of a meeting of European Union interior ministers in Brussels.

On Wednesday, Berlin's interior minister, Andreas Geisel, announced to the public that he had reason to suspect an extensive cover-up relating to Amri.

According to Geisel, officials at Berlin's office of criminal investigation (LKA) had sufficient evidence to arrest Amri on drug charges in November, mere weeks before he ran a truck into a busy Christmas market and killed 12 people while injuring 56. He then fled to Italy, where he was killed in a shootout with police in Milan.

Indications of a cover-up

Geisel also said that there were indications that staff at the LKA had acted to cover up their mistake. He has filed an official complaint and opened up an investigation into the matter, he told the press.

De Maiziere praised Geisel on Thursday, saying: "I have all respect for the decision of my colleague in Berlin to make this matter public."

Amri's drug offenses were previously reported to be minor, and thus not enough for an arrest warrant. However, according to the new allegations, police in Berlin had a warrant to tap his phone through June 2016 and thereby gained enough evidence to detain him for his involvement in the drug trade.

Officials declined judicial permission to monitor him through October, and recorded his crimes as minor in a report filed in November.

This is the second time that official negligence has been blamed for failing to prevent Amri's attack. Ralf Jäger, the interior minister of North Rhine-Westphalia, where the Tunisian national originally tried to claim asylum before being rejected, was accused of failing to properly asses the danger Amri posed.

At a Bundestag debate on the matter on Thursday, Social Democrats (SPD) accused Chancellor Merkel's Christian Democrats (CDU) of "not wanting to hear," that "mistakes were made all over Germany in the case of Amri." The opposition Green party called for an official investigation into the oversights that led to the Berlin attack.