Berlin parties as pandemic threatens to return | Germany | News and in-depth reporting from Berlin and beyond | DW | 28.07.2020

It’s been five months since Berlin's clubs shut down due to the pandemic. But secret raves are organized through Telegram groups and held all over Germany's capital. One of them had more than 3,000 people last weekend. 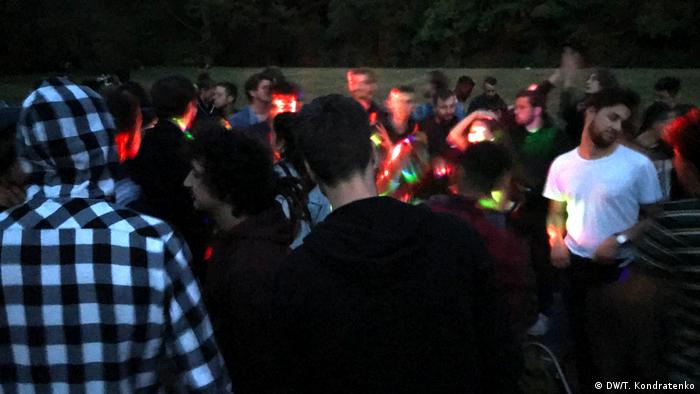 Max* is checking geolocation on Google Maps. "The party must be somewhere here," he says, moving deeper into a city park in northwest Berlin.

It's 2 a.m. and the street lights are off. Max is lightening up the way with a pocket flashlight, regularly looking at a phone screen with a pin of his desired destination.

On this hot July night, Max would most likely be queueing to enter one of Berlin's clubs. He's a frequent visitor to techno parties. He says it helps to deal with stress at work. From Monday to Friday, 28-year-old Max is a manager at a tech company.

It's been almost five months since he has been to any club. Their doors are closed and with the fears of a second wave of the coronavirus pandemic, there is little sign they will open anytime soon.

But that doesn't mean parties are over. They've simply changed location. Raves are secretly held in parks, forests and abandoned buildings all over Berlin.

One of these parties is exactly what Max is looking for. "A friend of mine invited me to some Telegram groups, where people post information about upcoming raves," Max explains, scrolling through one of those chats. 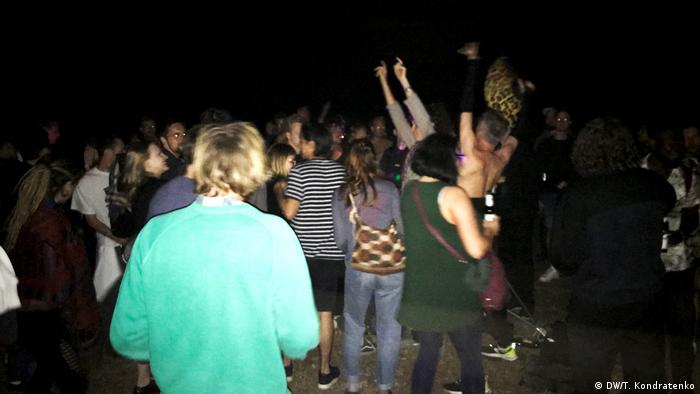 Thousands of people gathered in the Hasenheide park to party

He turns off the path into the bushes. On the ground, a freshly trodden path is barely visible. Music is coming from nearby. Max nods and speeds up.

There are 10 people dancing around a speaker. But that's all. There are bike lights blinking in the darkness, following the road that leads from the park to the city. Max reads out loud a message from the Telegram group: "Police just came and crushed the party."

Information is invitation only

Max is a member of several such Telegram groups that can be accessed by invitation only. They range from 50 to 1,500 participants. In one of the largest ones, Max counted at least five addresses with parties just for tonight.

He's been to four such raves. One of them took place in a forest and lasted for a day. "Partying in fresh air is handy, you could nap on the grass right there," Max explains. Secrecy is part of the attraction. "'All these closed chats, GPS-coordinates and rave hunts — pretty cool," he says.

The rave hunt continues. "Okay, I should probably go to Hasenheide, but that's considered mainstream already," Max says disappointedly. It's a park in Berlin's Neukölln neighbourhood, south-east of the city.

Spontaneous open-air parties have always been a part of summer nights there, but with clubs remaining closed, Hasenheide has turned into a mecca for legal and illegal parties.

Meeting a friend and dancing in public open spaces is legal, but throwing a party with hundreds of people isn't. Self-organized parties are now in a grey zone as no one knows how many people might attend them. 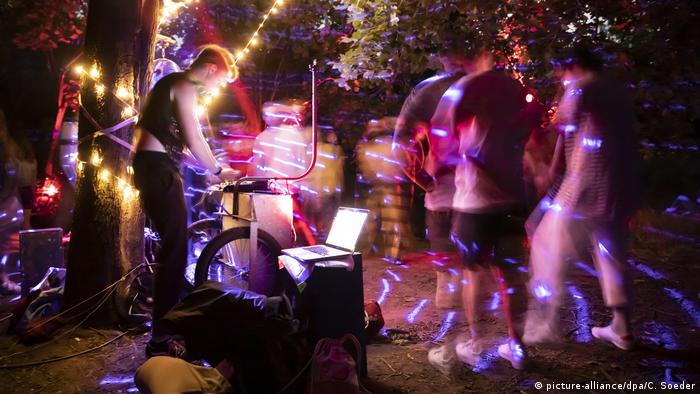 If police officers find illegal parties, they disperse them. In some cases, participants might face fines.

In a conversation with DW, Berlin police noted: "We understand that parties are part of life. Our main approach is cooperative. We try to explain to people at these parties that they pose a risk."

Once a party turns into a mass event, it could indeed become dangerous. Jonas Schmidt-Chanasit, head of virus diagnostics at the Bernhard Nocht Institute for Tropical Medicine in Hamburg, says any accumulation of larger groups of people is associated with an increased risk of infection, including outdoor parties.

"We know that the virus spreads via droplets. When we sing, cheer, scream, we expel these droplets particularly strongly and far. Other people can then inhale these droplets and become infected," he explains.

The virologist says even at outdoor events people should keep distance and, if that's not possible, at least wear a mask.

"This is the only way to prevent infected individuals from possibly infecting a number of others and triggering a so-called 'superspreading' event," he points out.

From secret to mainstream

It's now 3 a.m. and Hasenheide has turned into one big open-air music festival. It's not just techno — the park is also divided into several zones. 90s music is playing from one bush, another area of the park dances to modern pop.

Max follows the sound of the techno. A wooden bicycle trailer functions as a DJ's mixing desk, covered in colorful light bulbs. Speakers are tied with a rope to the trailer. Social distancing and face masks seem foreign concepts to the crowd of roughly 70 people.

"We just want to dance. It's just a party. It's summer after all. We don't pose a threat, we're just tired of the pandemic," says someone from the crowd. Max shares their opinion but dances two meters away from the crowd.

The Berlin Club Commission, an official organization that represents the city's club scene, is calling on district mayors to allow them to hold legal open-air parties as quickly as possible.

They've prepared a list of open spaces across Berlin that could be used to host up to 200 people.

"We're discussing our idea with different districts. This will help to control parties and have a track on people attending them," Lutz Leichsenring from the Club Commission tells DW. 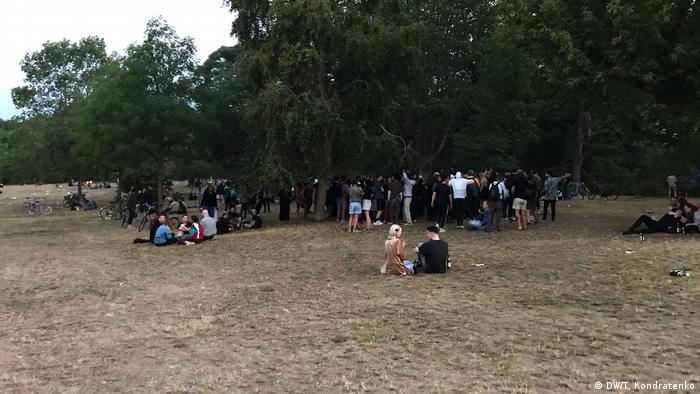 The situation in Hasenheide reflects what he says. At 6 a.m. music is still playing across the park. According to police around 3,000 people attended.

The sun is coming up when three police cars enter an area of the park. "Please leave the area. You pose a risk for spreading the coronavirus, please leave right now," they announce.

The music stops with no arrests. People load loudspeakers into bike trailers. The crowd is slowly heads out of the park.

But Max's phone is already buzzing with messages about where the next parties will be.

*Max's name has been changed to protect his anonymity.