The survival of music clubs and festivals during the coronavirus crisis | Culture | Arts, music and lifestyle reporting from Germany | DW | 19.05.2020

The survival of music clubs and festivals during the coronavirus crisis 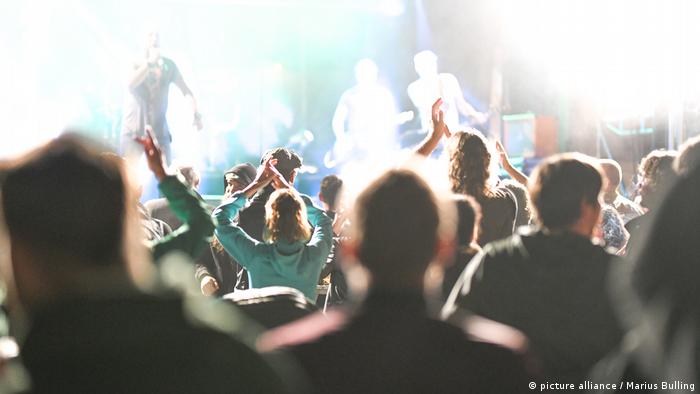 The pleasant weather in Germany is drawing more and more people out into the streets and public parks in Germany. If it weren't for the appearance of face masks, one might actually forget the global pandemic situation.

But there are many other reminders of these extraordinary times as well. May normally marks the beginning of the music festival season in Germany. Of course, there are world-famous events like Rock am Ring, Rock im Park, Wacken Open Air or the Hurricane Festival. But what many people may not realize is that, usually during this time of the year, a network of small and mid-sized festivals occur across the entire country.

Many of these festivals were initiated years ago by enthusiasts and aficionados of particular music genres, and have been growing in popularity and scope over a long period. One of these many festivals is the Orange Blossom Special Festival (OBS), which normally takes place each year in the small town of Beverungen in northern Germany.

OBS has been host to numerous acts that are well known in Germany and abroad, including that of British singer-songwriter Scott Matthew and German music acts Kettcar, Casper and Fortuna Ehrenfeld. Over the years, the festival has come to represent a healthy mix of established names in the music industry and up-and-coming artists as well.

Many fans have often used the festival as a short vacation: getting to know people from all over the country, as well as from abroad, to celebrate the power of music. This year, however, they'll have to sit this one out, as events with large audiences are banned amid the COVID-19 pandemic. 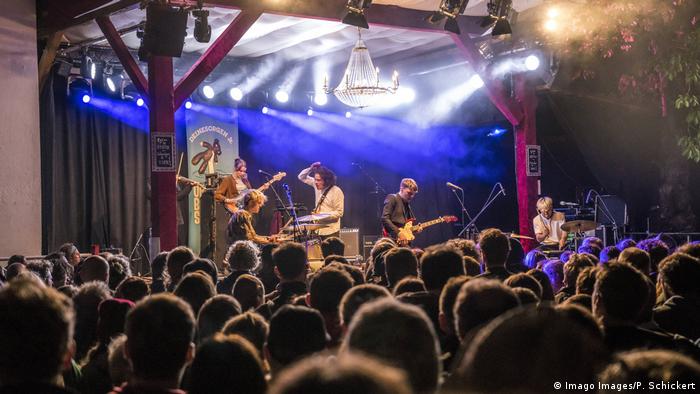 The Orange Blossom Special festival is known for its intimate athmosphere

Rembert Stiewe is one of the co-founders of the OBS festival. He says it took a long time until he got a final clarification from his home state of North Rhine-Westphalia regarding the exact criteria that would classify a festival as a large-scale event. It wasn't until May 4 — three weeks before the actual date when OBS was scheduled to take place, that it was clear he had to cancel the event.

If he had taken the initiative to cancel any sooner before the ban, he would have faced claims to damages from his event partners: "In addition to the lack of revenue, we could have faced damages. And this would have seriously jeopardized events for the future," he told DW.

There are numerous operations involved in mounting a music festival: from sanitation to catering, from sound equipment to merchandise. There are many people involved in making a festival happen — many of whom work as freelancers or are self-employed individuals: "These people are all finding themselves suddenly unemployed. They don't have anything left," Stiewe said.

Stiewe adds that night clubs are even more affected by the current coronavirus crisis than music festivals are. "The revenue is calculated largely at the door.  And when no one is allowed in, it means that there are no funds coming in either. In fact, night clubs were the first places to be closed down and will be the last places to be allowed to reopen." 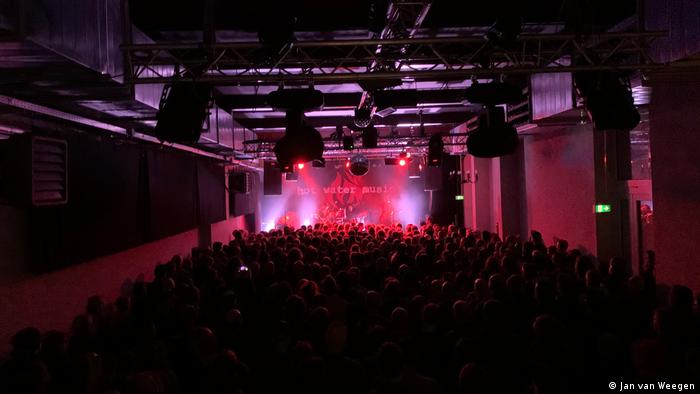 One of the many night clubs affected by the current situation is "Gebäude 9" in the western German city of Cologne. This is where many international acts had their first big gigs in front of a large audience. In fact, Gebäude 9 is known well beyond Cologne, which can't be said for many night clubs in the country.

One of two operators of the clubs is Jan van Weegen, whose everyday life has changed considerably since the onset of the pandemic. Normally, there's a different event at Gebäude 9 each day: concerts, parties, DJ gigs and other things. Since the club has had to adhere to lockdown conditions, its gross earnings have amounted to zero.

Van Weegen told DW that the current state of affairs is like an ongoing catastrophe. He and his business partner have had to lay off several employees working in part-time positions, including those working at the entrance and the cloakroom. They’ve also had to apply for financial support from the German government.

Despite all this, there's still no downtime for the two businessmen. "It's not like you can flop down on the sofa and read a book or let your hair down. Business doesn't stop. It's really not like we have less to do since the crisis started. The only thing that has changed is that some of our responsibilities have shifted, " van Weegen explained, stressing that his monthly financial obligations for the night club continue, such as rent, insurance and staff.

It remains unclear when things might improve. However, van Weegen doubts that by the end of August, things will look better: "Technically, a lot of events have been postponed into later this year or even the next year. But we're beginning to lose hope that there really will be concerts and world tours happening by autumn."

Meanwhile, there's the question that event managers like van Weegen and Stiewe keep having to address each day: How will my business survive?

A parachute for the events industry

Rembert Stiewe says that there are two things that are helping him overcome the current situation: improvising and relying on the immense loyalty of his fans. Even before the OBS was canceled, many visitors contacted Stiewe, telling him that they would not be asking for a refund. "They said, 'I just want to see OBS survive and hope that you guys can be back next year. That's why we (…) decided to waive our refunds.'"

Stiewe also launched a solidarity campaign, in which supporters of the festival took merchandise clothing items and created face masks out of the material, printed mugs with this year's canceled edition and other things to bring more money into their coffers. And fans have indeed been supporting the campaign.

Still, Stiewe says that solidarity alone isn't going to save the events industry in the long run: "Politicians don't seem to understand that cultural events are also essential services." He adds that if the government wanted to do more than just pay lip service to concerned citizens about the importance of culture, they should invest more money.

"We really need a parachute," he says.

The day the music died?

Jan van Weegen also stresses the importance of solidarity shown by his supporters and partners. "No one is even discussing damages because it is clear that this is a unique situation. We're all trying to find a way out of this together."

He adds that there are public campaigns to help night clubs and other events weather the crisis, such as the German #bemyquarantine campaign as well as local initiatives to collect funds for clubs hit by the economic fallout of the coronavirus crisis.

"Beyond all this, I can only advise people to not become too fatalistic. We have to work together in making sure that we can promote concerts and night clubs and enjoy live music by helping touring bands," van Weegen told DW. 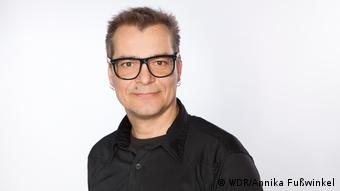 Rembert Stiewe is the mastermind behind the Orange Blossom Special

Rembert Stiewe agrees: "Attending a concert or listening to music is more than just entertainment. It creates a fabric that keeps people in a certain society tied together. And there are so many people involved in this industry."

And it's not just daily workers who could be affected by prolonged lockdown restrictions. Millions of people around the world have turned to recorded music, improvised house concerts and impromptu balcony performances during lockdown to get some reprieve from what was going on around them. Also, in the age of Spotify and Apple Music, even the biggest names in the entertainment only make a tiny fraction of their living on these platforms. The rest of their income is mainly dependent on concert revenues, normally faciliatated by events professionals like Rembert Stiewe and Jan van Weegen.

If their industry folds during the pandemic, the repercussions could be far larger than what one could imagine.

One World concert unites the globe amid coronavirus pandemic

Despite social distancing forcing people into isolation during the COVID-19 pandemic, the "One World — Together at Home" concert united millions of people in a celebration of life through music. (19.04.2020)