Six people were injured, three of them severely, in the incident. Police have arrested a 30-year-old man in connection with the crashes while prosecutors have alleged the incident was an Islamist-motivated attack. 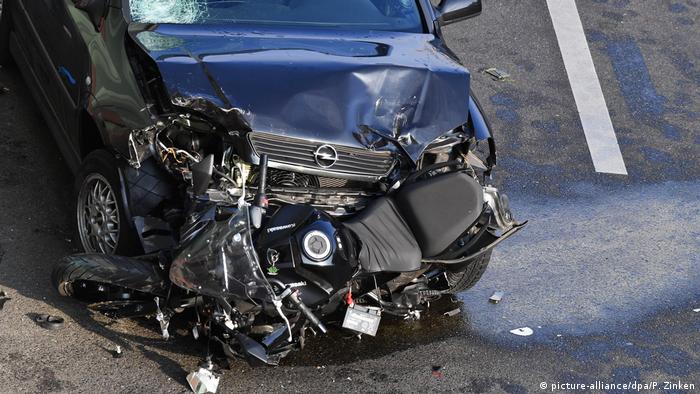 A 30-year-old man in Berlin is being investigated for attempted murder after a series of crashes led to a key stretch of the city's highway being closed off.

Six people were injured, three of them seriously, in the incident on Tuesday night, the Berlin fire department confirmed on Twitter.

The crashes were an "Islamist-motivated attack,'' a spokesman for the public prosecutor in the German capital said. He added, however, that the suspect also appeared to have mental health problems.

At 6.30 p.m. local time (1630 GMT), the man, who police say hails from Iraq, allegedly drove into numerous vehicles along the A100 that led to the Autobahn, one of the busiest motorway stretches in Berlin, being closed in both directions for several hours. The suspect apparently targeted motorbikes in particular, prosecutors said.

German media reported that in the aftermath of the crashes, the man stopped on the highway and put a box on the roof of his vehicle claiming it had explosives inside.

Specialists opened the box but only found tools inside. The man was subsequently arrested and will appear before a magistrates' court on Wednesday.

Berlin Senator Andreas Geisel was shocked by the attack, saying that people "became victims of an offense out of nowhere" and that the incident showed that "how vulnerable our free society is." 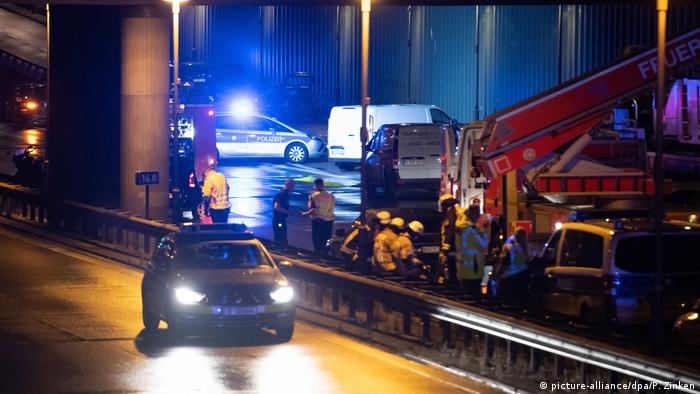 Police are investigating the man's motives

Authorities closed off sections of the highway on Tuesday evening, leading to long traffic jams. Some 300 people were stuck on the highway for hours and were getting support from the German Red Cross.

The Berlin Traffic Information Center tweeted Wednesday that lanes in the direction of the district of Wedding were now fully operational, but certain sections of the highway heading towards Neukölln district remain closed due to a police investigation.

Police in the German state of Brandenburg have arrested a Syrian man on terror allegations. He is suspected of having been a member of two Islamist rebel groups opposed to the Syrian regime.

Some 400 police officers have been searching locations in raids targeting the illegal arms trade and drug dealers. Both state and federal police were involved.