Berlin and Beyond: North Sea love

The southern seas might glitter with warm, blue charm and charisma, but what they lack, says Tamsin Walker, is the cold, murky depth of the North Sea.

It was put to me recently that after so many years in Berlin, I must really love it here. I think I said I did. Because in many ways I do. But love, as they say, is a fickle thing, and I fear my heart will never beat for this city in the same way that it does for the water that ripples and rages between the shores of Germany and Britain, over once-connective land it swallowed many thousands of years ago.

I've long tended to indulge my adoration of the North Sea during visits back to the UK. It has, in fact, been intrinsic to them. Not only because the island nature of the place, but because of a deep green cliff to which I invariably go, from where I have a completely endless and endlessly complete view of the coldhearted object of my affection that roars and murmurs as the mood takes it. 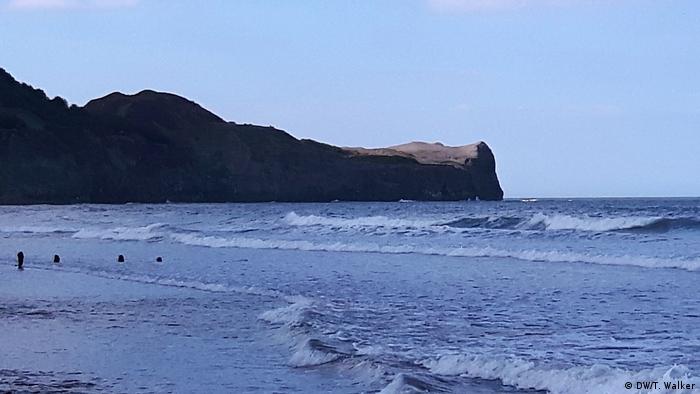 View with a cliff, cliff with a view

Down below, when the tide is out, I walk the broad wet sands in search of fossils left there by time, watch the elements brush and daub the sky, and I swim. I accept the biting cold, for it was the salty chill of these waters that kept me afloat when I took my first-ever solo strokes. I recall the sheer vastness of it all, and being told that if I kept swimming long enough, I'd eventually reach the other side.

Read more:  Berlin and Beyond: Summer in the city

Fantastical ideas of what might await me in waters that have served both commerce and conflict so well were enhanced by a childhood of hearing, somewhere in the background, the very British institution that is the BBC's long-running radio shipping forecast.

It was in those daily bulletins that Fisher, Dogger and German Bight entered my young mind, filling it with images of an ocean teeming with unlikely life, and of a country baring its teeth.

At the other side

When I finally ventured into Germany's Bight this summer, the only ferocity was in the wind, which came at me in gale force gusts and fiddled with the physics of rainfall to make it lash in horizontal sheets.

That, anyone who's been to coastal northern England might say, must feel familiar. And they'd be right. The very same often awaits me on my favorite cliff. 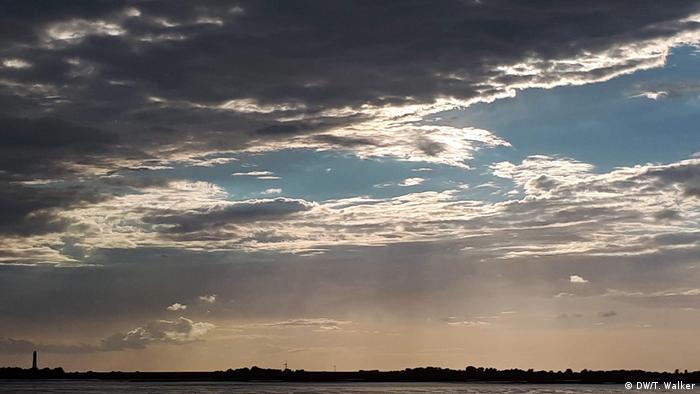 But everything else feels different by the shore on the German side of water. The flatness of the land along the 1,200 kilometers (around 750 miles) of mainland coast, the complexity of the Wadden Sea and the fragility of below-sea-level communities nestling behind vast protective dykes.

Read more:  Berlin and Beyond: Writing on the wall

Here, the sea moves beneath skies as mournful as they are breathtaking, crashes against man-made walls designed to keep it at bay, and regularly floods the small but inhabited Frisian Island protrusions known as Halligen. Here, the sea seduces me to a different, but equally powerful tune.

I know it has a temper to be watched and respected, but even tales of the wrath that saw it rise in the 13- and 1600s to heights towering and murderous enough for the events to become known as the first and second Grote Mandrenke — or "Great Drowning of Men" — can't crush my affection. The North Sea, you see, has my heart. Hook, line and sinker.

WorldLink: A trip to the seaside