Berlin and Beyond: Summer in the city

This summer, Berliners have been feeling the effects of the pounding heat. But it's only outside the city, says Tamsin Walker, that they really get to see them.

WorldLink: Berlin and Beyond — Summer in the city

In early April, the temperature in Berlin hit 24.5 degrees. Around the same time last year, we'd been waking to regular frosts, as heavy in nature as in our lament. And because once they'd finally thawed, they'd given way to weeks of rain as opposed to the much-yearned-for sunshine, we didn't mind a bit that summer 2018 had come early. Just two weeks into the official advent of spring.

Berlin rose to the occasion with flourish. Café owners dragged sidewalk furniture out of hibernation, ice cream parlors unlocked their doors with a sense of purpose, shops traded on garish displays of plants, seeds and picnic blankets, and pink-cheeked residents slipped into their sandals to indulge in it all before the hand that had given had a chance to take away. 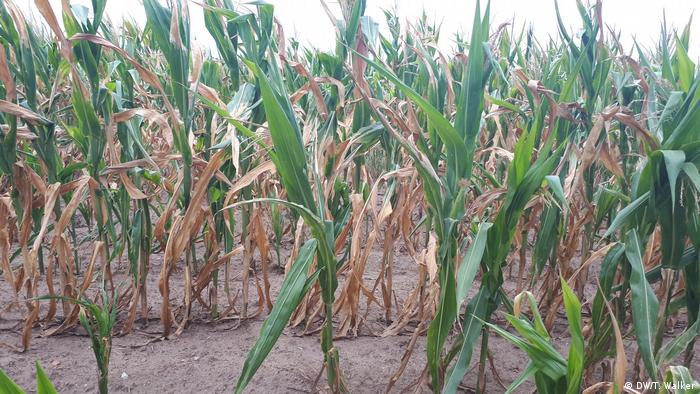 By mid-May, the city had warmed to just shy of 30 degrees Celsius. By the end of the month, it had gone above and beyond. School kids were sent home early, people clambered for a spot in the shade and as casual conversation turned to heat oppression and lost sleep, I turned our balcony into an al fresco family bedroom.

Being woken by the roar of planes overhead was a small price to pay for falling asleep beneath a handful of stars in the delicious cool of the night air. Summer was hot in the city, but I'd found a way to weather it until the school holidays offered a chance to escape to the sumptuous shades and lake landscape of the nearby countryside.

Only when I did leave the city in July for the surrounding region's agricultural heartlands, it was to the sight of usually green pastures scorched to a yellowed crisp, sprawling fields of corn stripped of their luster, soil cracked and brown, prematurely ripened apples and pears rotting on their own stalks, and even weeds struggling to pervade.

In the couple of weeks I was there, the heat seared with a sometimes punishing intensity, and the word blowing on hot winds across the flatlands was that things have never been this dry and this hot for this long. The upshot was not only damaging to farmers and their land, but to local lakes and life within. 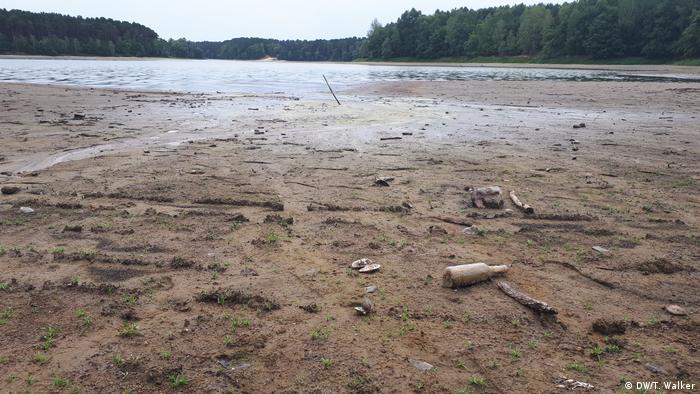 Not only had the water receded so drastically that the redrawn shoreline was littered with dried shellfish, bodies and exoskeletons, it was also all abloom with blue algae, making it murky, toxic and off-limits for overheated humans hoping for a swim.

Read more: Berlin and Beyond: Moving to East Germany

All in all, this summer in the countryside north of Berlin has had a woeful, almost pre-apocalyptic feel to it. A sense reinforced by tales of huge agricultural losses, a dried-up river and forest fires to the south of the capital, and the predictions that this could be the start of a lasting trend of hotter, drier summers in this part of Germany.

As someone who spends a considerable amount of time immersed in environmental issues, I thought I was alert to what was happening on my doorstep. Apparently, I was not. Because the reality is, there's only so much you can see from and in the city. Even in the glaring light of a hot summer's day.

Berlin and Beyond: Teenage hope and glory

German children are celebrated with a series of major milestones en route to adulthood. But few can be as glitzy as the festivities that await them at 14. Tamsin Walker went along to join the party. (27.07.2018)

WorldLink: Berlin and Beyond — Summer in the city