Berlin and Beyond: Teenage hope and glory

German children are celebrated with a series of major milestones en route to adulthood. But few can be as glitzy as the festivities that await them at 14. Tamsin Walker went along to join the party.

There's something decidedly surreal (not least in this age of Brexit bickering and bluster) about the sight of hundreds of German teenagers, dolled and dressed up to the nines, parading and tottering down the lengthy steps of Europe's largest revue theatre — the Friedrichstadtpalast in Berlin — not only to onlookers' rousing whoops and cheers, but to the pomp and circumstance of Elgar's Land of Hope and Glory.

Surreal, but real. For several Saturdays in the late spring and early summer, the almost 2,000 seats in the show palace fill up with families set on celebrating the coming of a certain age. Generally 14. When the childhoods of offspring are considered spent and their adulthood not yet fully upon them.

The Jugendfeier, as those grand Saturday morning gatherings are known, is a secular youth ceremony that first emerged in the mid-1800s as an alternative to confirmation. Back then, when it was staged on a smaller, less splashy scale, it marked a clearer turning point in the lives of young people: namely, leaving school.

Read more: Berlin and Beyond: Who needs a bikini?

Thereafter, it evolved and devolved in step with history, most notably during the years of German division, when it was renamed the Jugendweihe — or youth consecration — and was instrumentalized by the state in East Germany to push the socialist cause. 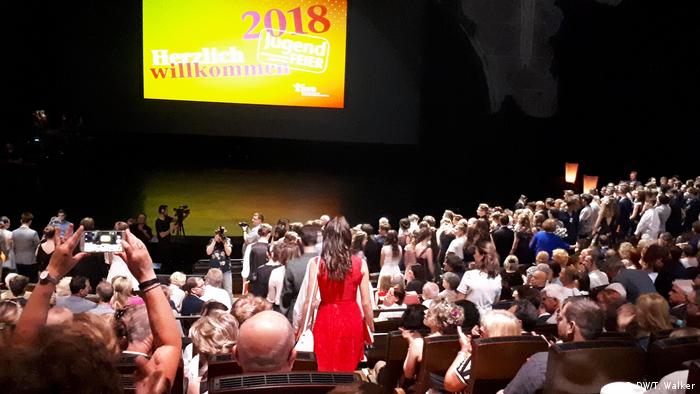 From 1955 onwards, 14-year-olds were expected to demonstrate their allegiance to the ideals of the German Democratic Republic (GDR) in a series of pledges that were revised over time to include a promise to defend great and noble socialism from imperialist attack. Attendance was so barely optional that failure to take part resulted in the very real likelihood of difficulties along the onward path from the impending adulthood that allegedly formed the heart of the festivities.

Against that backdrop, when Germany reunified, the Jugendweihe was not adopted as a must-have national milestone. Although it has, over the years, regained some kind of standing as an alternative to religious rites of passage across the country , it is still infinitely more popular in the old GDR states.

When my two eldest children, who went to a former East Berlin high school, came home aged 14 asking if they could have a youth ceremony, my answer was a flat "no." When they argued on the grounds of the hundreds of congratulatory euros their friends' relations would be lining up to give them, my "no" became rounder. 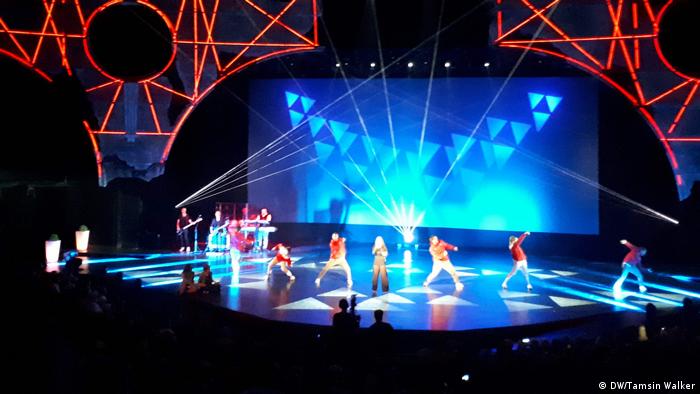 The event has a veritable show character, with song, dance, sketches and lasers

I didn't and still don't see the sense in giving a 14-year-old a substantial sum of money just because they're, well, 14. Though I wasn't sure of the point of the whole affair, I was pretty sure they were missing it.

Read more: Berlin and Beyond: Writing on the wall

But as I sat in the Friedrichstadtpalast, watching the live sketches that reference equality, environmental protection and the ability to stand up for firmly held beliefs, as I saw the nervous excitement on the faces of those dolled and dressed up adolescents who walked across the vast stage to be congratulated on having made it this far and wished well for their onward journey, it occurred to me that maybe I'd been the one missing a point.

For buried beneath the predominant glory of the morning was an indisputable message of hope. Far more real, than surreal.

Berlin and Beyond: Moving to East Germany