Berlin and Beyond: Countering casual racism | Germany | News and in-depth reporting from Berlin and beyond | DW | 27.04.2018

Berlin and Beyond: Countering casual racism

Public displays of racism all too often stun witnesses into silence. A nationwide German movement is teaching the public to find their voice. Tamsin Walker went to meet them.

A popular lament of our times is that people no longer communicate. Especially on public transport. If only. Not long ago, I was in a throbbing underground carriage when a woman and two men in their late sixties got on. Noticing the woman was scouring the crowded compartment for a seat, a young man with dark looks stood up to offer her his. She took it and for the next few minutes, the four of them made polite small talk.

So far so good. But... and this is an ugly 'but,' the minute the hero of this tale got off the train, the three seniors drew into a cluster and lowered their voices to bitch pitch. Much of what they said was drowned out by the thunder of the train, but not their surprise at being offered a seat by a foreigner. What an anomaly announced one of the trio - in a part of the city where dirty migrants are banding together to push Germans out.

I heard that last vent just as I was stepping off the train, and as the doors slammed behind me, I was already berating myself for not having stayed put to share my thoughts on theirs. Then again, had I invited myself into the fold of their barbed exchange, I'm not sure I'd have managed to contribute more than an irate squeak. 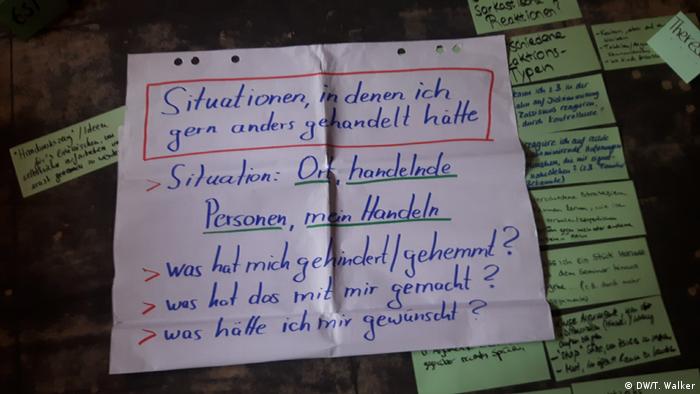 In writing down what they wanted to learn at the workshop, participants revealed the many forms of racism in evidence around them

Hitting a pitch perfect enough to provoke counterthought is a fine art, and one that the Stammtischkämpfer*innen - which roughly translates to "regulars' table fighters" - are trying to teach. The nationwide initiative emerged in response to what it says is a growing demand for effective comebacks to the kind of off-the-cuff racist remarks spawned by the rise of the AfD, the Alternative for Germany.

- Berlin and beyond: oh baby!

- Berlin and beyond: Cold comfort city?

Over the past year, under the slogan "Our Alternative is Solidarity" they've used workshops to equip more than 6,000 people with the tools to tackle far-right comments and hatred at every possible turn.

I joined sixteen of them - mostly young women - in an empty bar for a Sunday afternoon of advice on dealing with anti-immigration grandparents, colleagues and friends of friends, Nazi neighbors, men who insult women in headscarves, public transport inspectors who target people of color and so on. 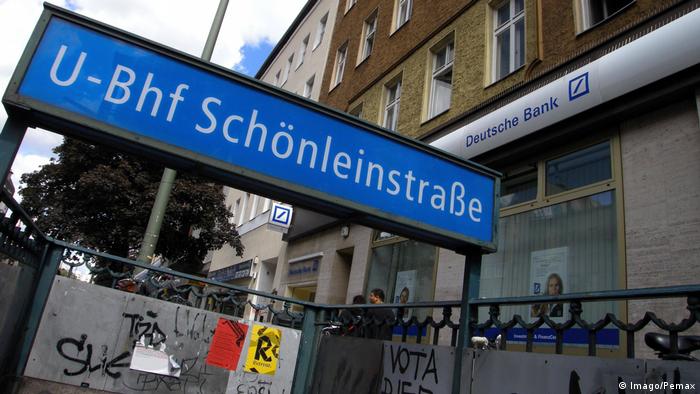 Listen for long enough on the Berlin underground and there will be comments...

The possible responses are as mixed as the scenarios themselves, but all require the ability to swiftly and calmly assess the situation both for potential danger and the most effective course of action. That might entail questioning the perpetrators about their motives, or approaching the victim directly both to let them know they're not alone, and to show other members of public that inactivity is neither the only, nor the best possible contribution to a tolerant society. Leading by example and all that.

- Berlin and beyond: City of singles

I asked how I should have dealt with the elderly trio that see Berlin as a city where a purge of Germans is underway. Tough one, I was told, given that I only caught snippets - however damning - of their conversation.

That was reassuring in a way. But it doesn't change the fact that the conversation happened, and that many similar ones are likely going on across the city and the country right now. The next time I overhear one, I too, will be better prepared. Though I wish there was no need.