Berlin 24/7: Sexism in Berlin — talk about it already!

Posting under #MeToo, a growing number of women around the world have begun speaking out about sexual assault. But not many people are talking about it in Berlin. That should change, says DW columnist Gero Schliess. 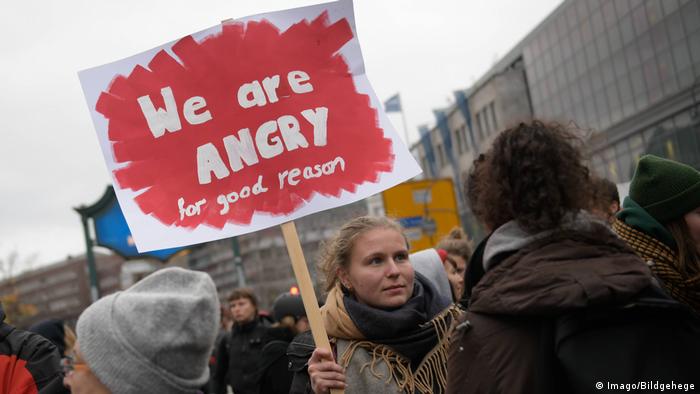 And yet, this city can be so talkative. There's not a topic that someone, somewhere in this city cannot say something unbelievably clever about. Take, for instance, how one can navigate streams of tourists by smartly installing public toilets. Or how comical natterjack toads have been able to drive away building investors spending millions of euros. Or why you need to allow a three-month waiting time to get married in the German capital.

But no, now Berlin remains silent. 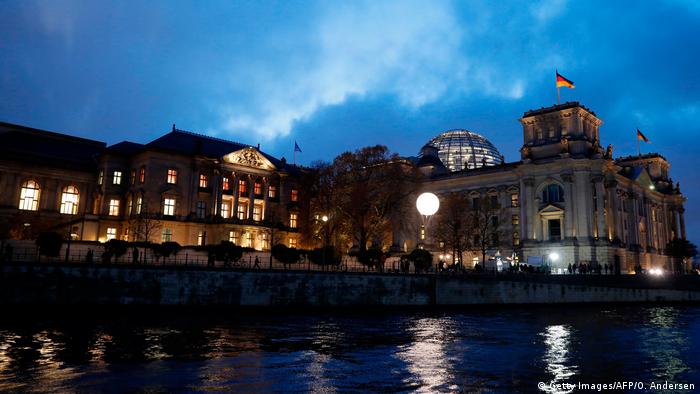 Sexism in the government district? Everyone is remaining silent.

Meanwhile everyone is talking about it: "#MeToo" the women in Hollywood are saying, and the whole film industry imperium is shaking in its boots. Senators are being uncovered in Washington; a minister resigns in London. Sexual assaults, violence, lewdness. It's being talked about in many countries around the world.

And yet, Berlin remains silent.

German media is avidly reporting on #MeToo, but it seems the further away the problem is, the better. Hollywood, Washington, London. But Berlin? Where are all the investigative scribes who normally leave no stone unturned in the government district?

The silence drones on.

Then, suddenly, along comes the open letter by journalist Carolin Würfel on Zeit-Online, the website of the well-respected, German national weekly Die Zeit: "We're familiar with it — sexism in the cultural scene." It's not Berlin politicians, but the cultural sphere Würfel goes after in her attacks against silence and repression.

She writes about perpetrators, about artists and gallery managers and owners who force women to have sex and unabashedly exploit dependencies.

Will Berlin now break its silence? 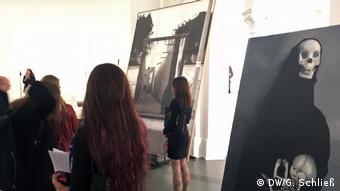 The dark side of Berlin's cultural world: sexual assault of women

Not the art world — at least, not the one that is celebrated far and wide as one of most creative in the world. Particularly creative, I would say, in being able to look away. Würfel's article is a wake-up call, garnering over 1,000 comments on the web. Many of them, however, have had to be deleted.

I am agitated because many of the comments are derisive and sexist themselves. One has only oneself to blame, some of the more harmless comments say. Others speak of hype and just want to lay the subject to rest.

How ignorant is that? The tireless Berlin anti-sexism alliance can continue to roam around and fight "femicide." But in vain. I'm observing tacit consent and spiraling silence. Things have got to be shaken up.

Let's get going! The numbers are frightening. A recent study from the polling institute YouGov showed that more than 40 percent of women in Germany have been sexually harassed. By the way, 12 percent of men reported the same.

And how are things in Berlin's cultural world? I want to get to the heart of the matter, make some calls, talk to people. "We do not know a single woman who has not been confronted with sexism," one leading manager in the German capital's art industry said. She included herself in that group. I know the manager quite well. She is confident and down-to-earth. And then she told me about one Berlin art collector who "regularly feels up and abuses women." And then exonerates himself by way of hush money.

It often starts at parties and art openings where alcohol flows freely and one thing leads to another.

But whether it's the art business or the film or fashion industry, no one here is talking. The fear is too great, the dependencies too oppressive. The silence syndicate works nearly perfectly.

That makes me angry. And it, I'm sorry to say, makes me want to puke that it's happening in oh, so liberal Berlin. That is not cool and definitely not sexy. It's actually rather pathetic!

Not only in the cultural scene 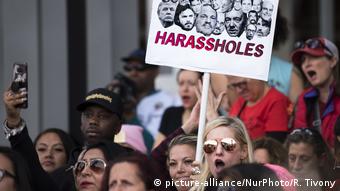 #MeToo demonstration in Los Angeles: German media reports on the subject, but how are things in this country?

What can individual people do? Personally, I am going to make a point of listening better in the future, supporting and encouraging those who have been affected and protecting those in my reports who have not wanted to go public, such as those I spoke with before writing this column.

And I wonder: is Berlin's cultural world going to get down to business with a public debate following the publication of Carolin Würfel's article? And show respect and support for those women who dare to speak out in public? And will more follow suit?

There are plenty of dark spots. They're everywhere in Berlin. After all, do you really believe that the universities, the businesses and the government district are sexism-free zones?

Let's not kid ourselves. The bottom line: let's put an end to the silence and finally start talking!

Berlin 24/7: Soap and buses from Aleppo

Three buses and 5,000 pieces of soap: Berlin has employed the full scope of its open-minded nature to react to the horrors of the war in Syria. But not everyone is enthused, says DW columnist Gero Schliess. (19.11.2017)

The German capital's art scene includes installations far from state museums that evoke local history — for a limited time only. DW columnist Gero Schliess stumbles across two and is impressed by the stories they tell. (05.11.2017)

Cases of schizophrenia, depression and other mental illness are increasing in Berlin. The city can make you sick, says DW columnist Gero Schliess. But culture can help you stay sane. (15.10.2017)