Hollywood #MeToo march joined by hundreds in protest against abuse

Hundreds of people have marched against sexual harassment and assault in Hollywood, following weeks of mounting allegations against several notable producers, directors and entertainers. 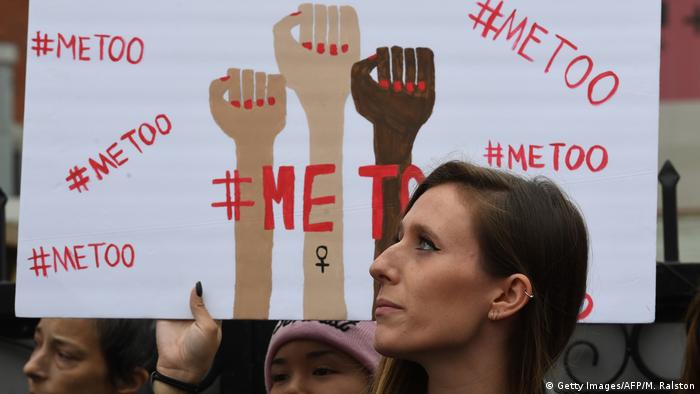 Gathering outside the Dolby Theater in downtown Los Angeles, home to the annual Academy Awards ceremony, women, men and children marched down Hollywood Boulevard on Sunday to the CNN headquarters alongside tourists, costume shops and strip clubs.

Many carried signs or wore shirts bearing the slogans "Take back the workplace," "No silence, no secrets, no shame" and "#MeToo," speaking out against sexual harassment and assault in the workplace.

Other chants included, "Survivors united, we'll never be divided" and "Whatever we wear, wherever we go, 'yes' means 'yes' and 'no' means 'no.' "

The march, which included speeches by Harvey Weinstein accuser Lauren Sivan and Oscar-winning producer Cathy Schulman, comes after a series of sexual harassment and assault allegations against several prominent and powerful members of the Hollywood community.

Since the first allegations surfaced against producer Weinstein in early October, many other women, and some men, have spoken out against others across the entertainment industry, including producer-director Brett Ratner, writer-director James Toback, actor Kevin Spacey and, most recently, comedian Louis C.K.

Weinstein —  whose films, according to The Weinstein Company, have received more than 300 Oscar nominations and 81 statuettes — has since been banished by the production company he founded and is facing lawsuits and criminal investigations in the US and Britain. 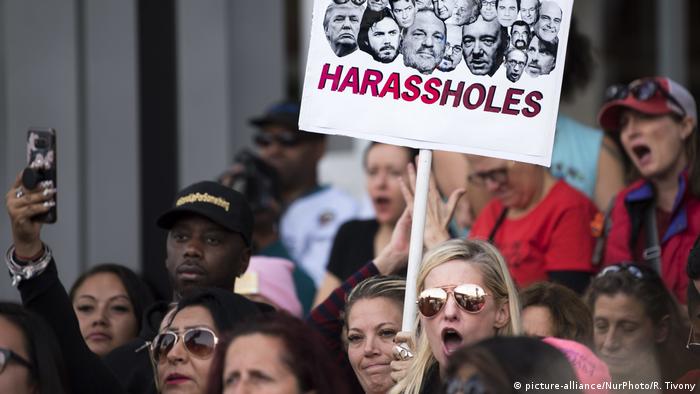 Sivan, a television reporter who has accused Weinstein of exposing himself to her in a restaurant, said the rally was "about making the workplace a safe place for the next generation."

"We want our daughters and sons to be able to go to a workplace and never have to take a meeting with a dude in a bathrobe," she said. "They will never have to choose to put out or keep their job."

Celebrity attendees were scarce, though several backed the march online. Amid many retweets from people at the event, actress Patricia Arquette sent her "love and support."

And Weinstein accuser Claire Forlani wrote that she was "there in spirit."

DW's 'Men of the Year': They're not all winners

As an alternative to GQ magazine's "Men of the Year," which includes Arnold Schwarzenegger, Philipp Lahm and Mark Foster, DW's culture department offers its own list of men who've had an impact in 2017. (10.11.2017)