The allegation that the Hollywood mogul sexually assaulted numerous women should come as no surprise, says feminist Anne Wizorek. And yet, the fact that it does testifies to the silent prevalence of everyday sexism. 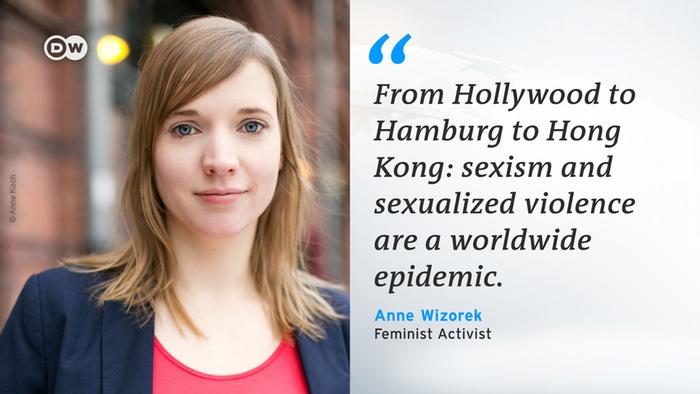 The cat is out of the bag: Harvey Weinstein, prominent Hollywood producer and titan of the film industry, has been accused of systematically blackmailing, harassing and sexually assaulting countless women over dozens of years.

Weinstein maintained a progressive outward appearance, but internally, he had built an entire system that protected him and his alleged crimes. New voices are joining the chorus of concerned actresses every day. Talk is of an "open secret" in Hollywood. Those who wanted to defend themselves against Weinstein say they found themselves existentially threatened by an abuse of power.

Just the tip of the iceberg

The debate's eruption shows that only the tip of the iceberg had been exposed until now. That's not just because other men, such as Ben Affleck, Matt Damon or Quentin Tarantino, apparently covered up for Weinstein, but because indications of more perpetrators inside the film and TV industry are surfacing. In addition, more and more affected men have been speaking out, including actors James van der Beek, Terry Crews and Rob Schneider. 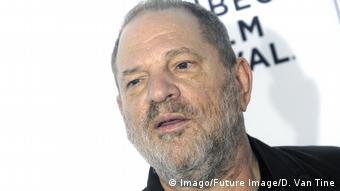 Weinstein's ability to remain unchecked for so long is in no way, shape or form a problem that is specific to Hollywood alone. His case just shows how sexism works to not only spawn acts of sexualized violence but to perpetuate them. Relationships of dependency are exploited to cement one's own position of power through forced sexual activity. In essence it's an abuse of power; it's not flirting and definitely not consensual sex, which occurs between people of equal standing.

From Hollywood to Hamburg to Hong Kong, sexism and sexualized violence are a worldwide epidemic that spares no social class — not even the "rich and the beautiful."

Every third woman in Germany affected

In Germany alone, every third woman has reportedly been affected by sexualized and/or physical violence. Sexual harassment, as a form of sexualized violence, has in turn affected 58.2 percent. It takes place in public, in the workplace or at the site of professional training, and in the personal sphere. There is simply no place where sexual harassment does not occur. Young women, women with disabilities, women of color and transgender women are disproportionately affected.

Despite the extensive nature of this social problem and how severely it cuts into the freedom of women and girls, it continues to be shockingly invisible. Harvey Weinstein's case is not a one-off but rather the umpteenth example of "Women have been telling you this for a long time." 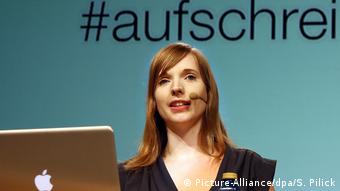 For feminists, the debate about sexism is like the movie "Groundhog day." Every time, we wake up thinking it will be a new day, only to be forced to realize that general knowledge about sexism and its consequences has barely evolved.

"Sexism? Does that even still exist?" This is clearly frustrating and far removed from the humor of the Bill Murray movie — in particular since Bill Murray himself is alleged to have beaten his ex-wife.

Everyday sexism doesn't mean that every man is sexually aggressive but that our each and every day is shaped by sexist thinking and behavior. It holds true for women and even children. Sexism is like air pollution. Certain places and people are perhaps more strongly affected by it, but at the end of the day, we are all affected. Sexualized violence is born of a sexist society that doesn't believe women, that holds the victim of sexualized violence partly responsible, and that defines masculinity through the degradation of women and girls.

If we really want to decrease sexualized violence, we must place these actions into the context of our society and analyze the breeding ground that allows sexism to flourish so freely in the first place. Gender stereotypes hurt us all in the end, even when they do so in different ways. The gender roles implanted in us as children are part of this. They cement power gaps and lead girls into believing that "Boy will be boys" — instead of telling boys that they need not be like this.

Anne Wizorek is a freelance digital media consultant, author and feminist activist in Berlin. Her 2013 hashtag #aufschrei ("outcry") opened a debate on everyday sexism and was the first hashtag to receive a Grimme Online Award. Her book "Weil ein #aufschrei nicht reicht – Für einen Feminismus von heute" ("Because an #outcry isn't enough — for a modern-day feminism") lays out a contemporary feminist agenda. She has worked with the German government to improve equal opportunity.

Germany prepares for omicron wave to worsen 4h ago

Opinion: Nuclear energy too costly for humans — and the planet 10h ago