Following an emergency meeting, the Oscars board has voted to expel Hollywood producer Harvey Weinstein. The movie mogul is facing mounting allegations of sexual harassment, assault and rape. 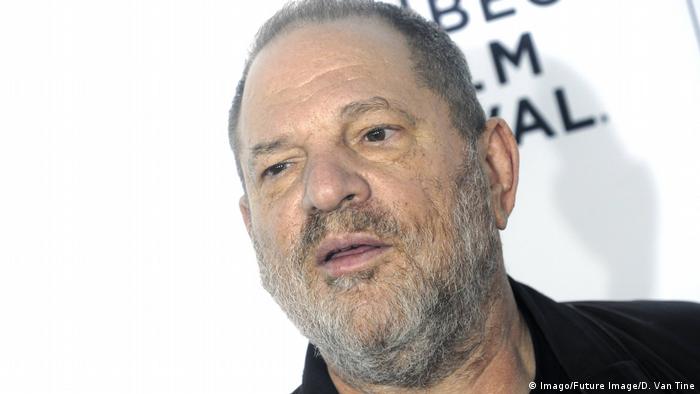 The Academy of Motion Picture Arts and Sciences on Saturday voted to remove Harvey Weinstein following a series of sexual harassment, assault and rape allegations against the disgraced Hollywood mogul.

An emergency meeting of its 54-member board, which includes Hollywood luminaries such as Tom Hanks, Whoopi Goldberg and Laura Dern, "voted well in excess of the required two-thirds majority," it said in a statement.

"We do so not simply to separate ourselves from someone who does not merit the respect of his colleagues but also to send a message that the era of willful ignorance and shameful complicity in sexually predatory behavior and workplace harassment in our industry is over," the statement read.

Accusations have been mounting against the 65-year-old Oscar-winning producer ever since reports in The New York Times and The New Yorker, written by Ronan Farrow,  alleged last week that Weinstein had sexually harassed young women — both actors and his own employees — over several decades.

"What's at issue here is a deeply troubling problem that has no place in our society," said the Academy.

British actress Lysette Anthony has become the fifth woman to level rape allegations against Weinstein. In an interview with The Sunday Times newspaper, Anthony said she'd reported to police that the Hollywood producer raped her in the 1980s.

British media reported this week that London police were investigating a rape allegation against the producer relating to an incident in the 1980s. The New York Police Department has also said it would reopen a 2004 case against Weinstein.

Weinstein has denied any allegations of nonconsensual sex and has said many of the details of the public accounts are inaccurate.

Weinstein was one of the most powerful men in Hollywood, producing and distributing Oscar-winning films including "Pulp Fiction" and "Shakespeare in Love."

In the wake of the scandal, Weinstein has been kicked out of The Weinstein Co., the movie and TV production company he co-founded with his brother.

'A type of predator'

Weinstein's brother has said he's in "a waking nightmare" and had no idea of "the type of predator" his brother is accused of being.

"I want him to get the justice he deserves," Bob Weinstein said in an interview published on Saturday in The Hollywood Reporter.

He said he had barely spoken to his elder brother in five years. The brothers ran separate divisions of their company, from opposite coasts — Bob in Los Angeles, Harvey in New York.

"The members of the board, including myself, did not know the extent of my brother's actions," Bob Weinstein said, adding that he was aware of his brother's marital infidelities.