Sexual abuse in childhood or puberty has been experienced by every seventh person in Germany. The findings came from a survey by Ulm city's University Clinic, featured in "Der Spiegel" magazine. 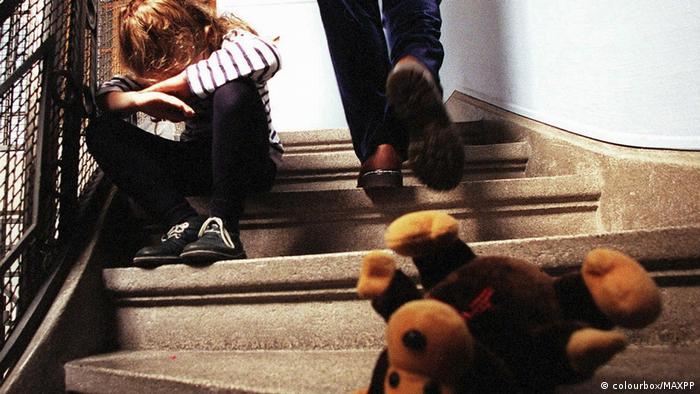 Researchers at the southern German clinic found that 13.9 percent of residents in Germany, now older than 14, had confided that they had been sexually abused in their younger years.

Among them, behavior regarded as "severe abuse" had been experienced by 7.6 percent of those sampled.

A similar study using the same methodology in 2010 had identified abuse at a level of 12.6 percent and severe abuse at 6.2 percent.

"There can be no question of sounding the all-clear," concluded Professor Jörg Fegert, who was responsible for the clinic's study.

One must instead speak of an increasing trend, Fegert told "Der Spiegel," referring to world-wide scandals of recent years that might have acted as deterrents.

The Ulm study documents how sexual violence in childhood years can impact on the victims far later in life.

Victims, when older, were significantly more likely to injure themselves and undertake suicide attempts.

"Der Spiegel" began its article by citing the tearful testimony of a man now aged 51 who over seven years was victimized as a child by a neighbor.

At the age of 30, he went to police, but his evidence was initially inexact and the abusive acts of the male perpetrator exceeded the statute-of-limitation deadline for prosecution.

Only four years ago, did his memory begin to deliver "very detailed" re-call of how he was abused at the age of five. Eventually, a brother helped testify and confirmed the abuse.

The French Catholic Church pleaded for forgiveness after months of revelations of sexual abuse by priests. A commission has been set up to determine the extent of abuse. (08.11.2016)

The worrying trend of sexual abuse in sports

Sexual violence against children and young people in sports is a problem that has only recently started to be publicized. Sports associations are implementing protective measures, but more awareness is needed. (09.02.2017)

A sexual abuse scandal in the central state of Hesse has rocked Germany. Recent details emerging suggest there may be many more victims involved. (22.09.2016)

UK: Not speaking about the unspeakable