Belarus: 'Attempted terrorism' to be punishable by death

Belarus has introduced the death penalty for attempted terrorist attacks. The move could affect opposition activists who are currently on trial. 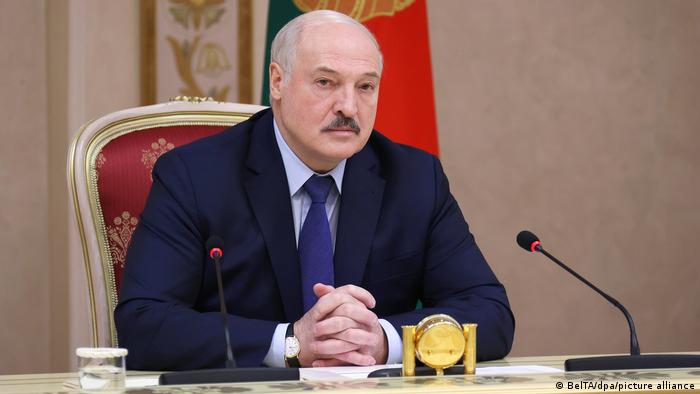 The law would go into effect on May 29, just 10 days after it was first published.

Belarus is a close ally of Russia and the only country in Europe that continues to carry out executions despite calls for a moratorium. Previously, the death penalty was reserved for acts of terrorism which resulted in death, brutal murders and multiple murders.

The Belarusian parliament backed expanding the use of the death penalty after activists tried to sabotage parts of the railway network to make it more difficult for Russia to send its troops into Ukraine.

Russia used Belarusian territory to launch its invasion of Ukraine on February 24. Minsk denies involvement in the war but admits its territory was used for the invasion.

Allegations of terrorism against opposition activists

Following a crackdown on mass anti-government protests in Belarus in 2020, opposition activists have often been charged with terrorism for crimes that might once have been considered hooliganism.

A Belarusian court in the city of Grodno on Wednesday started a closed-door hearing in the case of 12 activists accused of "preparing acts of terrorism," a charge that could now result in the death penalty.

Activists are accused of setting fire to a policeman's house and car in October 2020, as well as burning another policeman's car in November 2020.

Mass protests erupted in Belarus over the controversial re-election of Lukashenko in August 2020. Activists believe that the real winner was his rival, Sviatlana Tsikhanouskaya, who now heads the Belarusian opposition in exile in Lithuania.

Tsikhanouskaya: 'Huge opposition to war' even in the military