Beethovenfest 2019 begins with a moderate storm

With Bonn the epicenter of the Beethoven anniversary year 2020, the festival in the composer's hometown mounts a calmer, nuanced program in the current season. 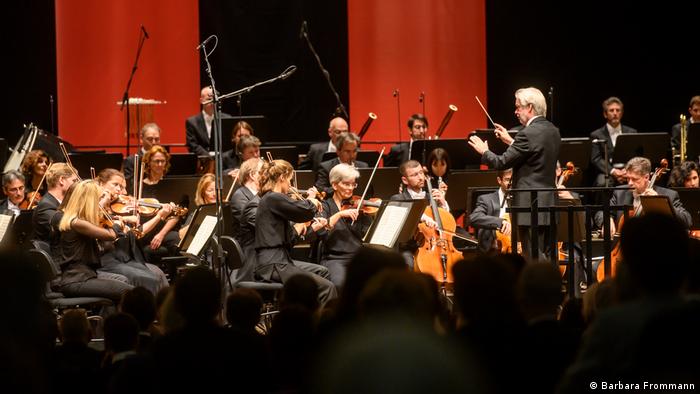 Quiet, leisurely, carefully treads the Symphony No. 6. Even during the storm in the fourth movement, the forces of nature seem restricted, fragile and endangered.

At least that's how it sounded at the downbeat to this year's Beethovenfest in Bonn and as rendered by the Philharmonia Zurich, led by guest conductor Jukka-Pekka Saraste.

Accordingly, in his pre-concert speech, Armin Laschet, the festival patron and state premier of North Rhine Westphalia, referenced the forest as a central protagonist in Beethoven's depiction of nature — and reminded listeners that today, Germany's forests are critically endangered by the climate crisis.

Stepping on the brakes with Beethoven

In the sober atmosphere of the World Conference Center Bonn — an unattractive makeshift venue with which the festival has to make do during the Beethoven Hall's ongoing restoration, date of completion unknown — Saraste was able to chisel out and even analyze the layers of sound in Beethoven's Pastoral Symphony. It seemed like an answer to the question: What can one learn about a work that is played so often? That answer: Nothing, but there's an upside to that, as Beethoven is often over-interpreted. Just watching the work pass by and observing everything in it unfold can be a refreshing change of pace, no superimposed content necessary.

Read more: Moonlighting at the Beethovenfest 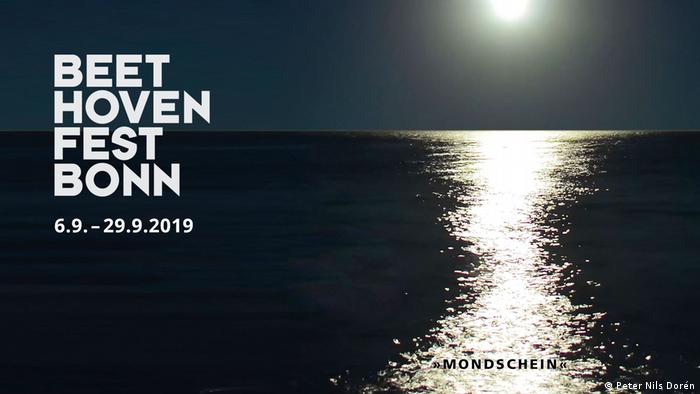 The festival revealed the music world;s richness of references to the moon

The work in and of itself is unusual for Beethoven. Lacking forward thrust, he takes aim at no goal here but instead has already arrived: in nature and in himself. During the Scene at the Brook, the music comes to a near standstill.

Birdcalls, babbling brook, village fest, storm and subsequent rainbow are all clearly rendered by this orchestra, which performs 250 times a year, often in the pit of the Zurich Opera. The musicians followed the conductor's lead flawlessly — or nearly. Was the squeaking horn at one point the result of frustration with the conductor's circumspect, mild-mannered approach?

The interpretation fit the mood of this year's festival, and director Nike Wagner clearly feels uncomfortable with the sense of bombast that seems to stick to Beethoven. Two years ago, she mounted a Beethovenfest with the quiet theme of "Distant Loved One." This year's motto "Moonlight", says Wagner, is "a lyrical-contemplative motto that contrasts with the turbulent times we're living in."

That also fit the second piece on the evening's playbill: the Concerto for Seven Winds, Percussion and Orchestra by Frank Martin. The Swiss composer's work from the 1950s is a feast of orchestral timbres. In the second movement, the rhythm is set by a two-four beat recalling the tick-tock of a grandfather clock. The concert brochure makes a reference to the "urgent, forward-pressing quality of rhythm and motion," but rather than pressing forward, Saraste slows down the musical flow, to irritating effect. 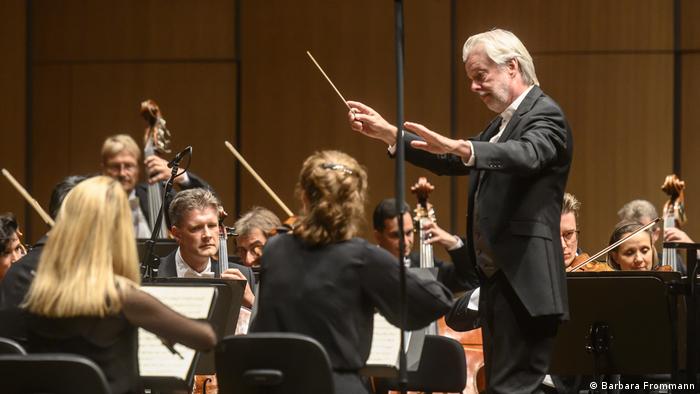 Wooden panels suspended over the stage in the WCCB support the sound, and there's a judicious use of electro-acoustically generated resonance. The wide space is narrowed down somewhat by movable walls, and red banners with the composer's face adorn the stage. Yet a festive feeling is still somehow missing, and a few seats remained empty on the left and the right. But the place has an upside: one hears perfectly in it. The listener meets the sound halfway and isn't washed away by it. That sound may be somewhat sober and unflattering, but at least it's not distorted with strange effects, as some have complained about modern halls like the Elbphilharmonie in Hamburg.

The sound masses moved more energetically at the end in Bela Bartok's The Miraculous Mandarin, which in the composer's own words contains a lot of "clanking and rattling, rumbling and commotion." Composed a hundred years ago, the ballet music is based on a story revolving around pimps, a prostitute and a lovesick mandarin. Sex and crime, alienation, love and death are issues that call for extreme forms of musical expression.

Cologne's then-mayor (and later German Chancellor) Konrad Adenauer found it "unseemly" for the local audience and prohibited subsequent performances after the 1926 premiere. But in 2019 in Bonn, it was a piece with which the orchestral musicians could finally cut loose. "What Beethoven and Bartok have in common," explained Saraste to DW, "is the uncompromisingly direct quality of their message."

It all met with strong but not tumultuous ovations, followed by — no encore. 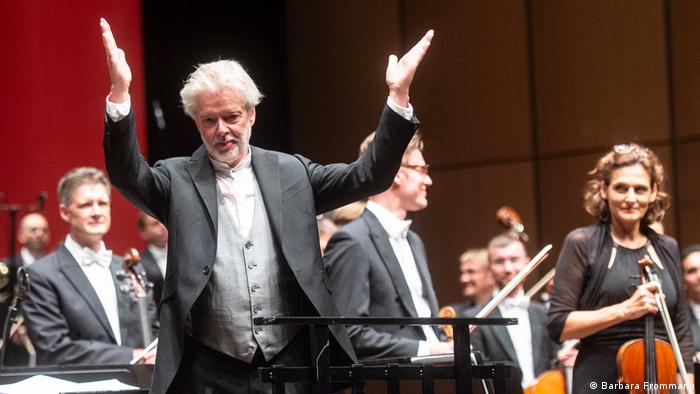 Saraste feels at home in Bonn, having led the West German Radio Symphony Orchestra in nearby Cologne from 2010-2019

It's all about calm before the storm, and there's not much time left before Ludwig van Beethoven's 250th birthday will be marked in a yearlong celebration: Bonn Mayor Ashok Sridharan announced that the renovation of the Beethoven House and its expanded museum — where the composer was born in 1770 — will be finished on December 14, 2019, the opening weekend of the Beethoven anniversary year.

Laschet added, "One should remind people in Bonn of the effect that Beethoven has worldwide." A not-too-subtle admonishment not to take it too easy with the Beethoven bash? By the spring of 2020 at the latest, and with the Beethoven symphony cycle in the hands of the orchestra MusicAeterna led by Teodor Currentzis, it should become clear what infectious energy is contained in this composer's music.

Meanwhile, the coming three festival weeks in the current season under the motto "Moonlight" should give some fascinating insights into the world of Beethoven and those who came later.

Beethoven died in 1827, so what does he have to do with the current climate talks? The answer lies in the "Beethoven Pastoral Project," inspired by the composer's "Pastoral Symphony." (15.11.2017)