Bayern Munich vs. Borussia Dortmund in the German Supercup: The game no one really wants?

Later than usual due to the pandemic, the German Supercup will see Bayern Munich and Borussia Dortmund lock horns. Both sides are coming off a loss, but the timing of the fixture raises questions about its existence. 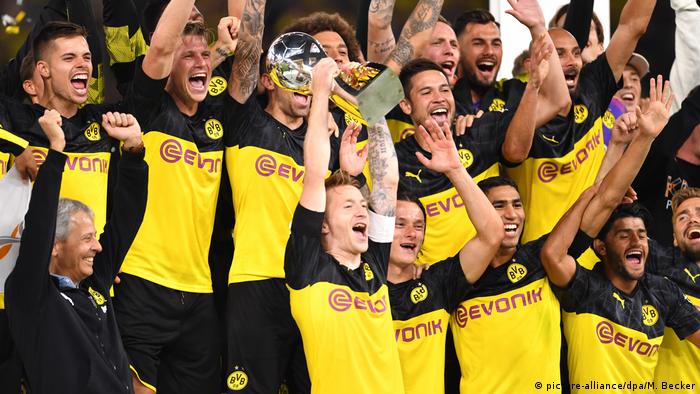 Most Supercups are not in fact super. Perhaps it is football's inflated opinion of itself that it thinks slapping the word super at the start of a competition's name will indeed make it so, but the reality is quite different.

Watching the defending league champions play against the cup winners is another chance for the DFL (German Football League) to show off its top two teams and is a traditional way to open the season. This season's edition, though, does make the competition's existence questionable.

With COVID-19 infection rates rising in the state in which the game will be played and the football schedule already jammed, the real need for the game remains unclear. Despite it only being late September, this will be Bayern Munich's third game in seven days.

What is this trophy for?

With Bayern's dominance so great that Borussia Dortmund's presence in this competition is often out of default because Bayern are both league and cup winners, there is also the familiar issue of competition. Perhaps this competition serves no other purpose but giving teams yet another chance to try and beat Bayern. 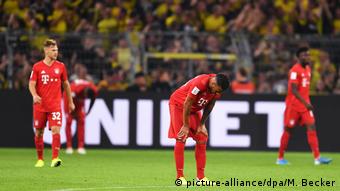 With the schedule already at its limit, does football need even more games?

Then there's the lure of it all. It seems hard to imagine that being a Supercup winner is near the top of the desired trophies list. After all, what does a win here mean, that the winner is Germany's most super team? And what in fact does super even mean in this context? Does a Dortmund win over treble winners Bayern make them more super than Bayern? Do Bayern need this fifth trophy to be truly super?

While there is no doubt who the best team in Germany is and looks set to remain for some time, the Supercup does offer one purpose, particularly when the fixture matches Dortmund up against Bayern.

In the summer of 2012, Bayern beat Dortmund 2-1. After Dortmund had won back-to-back titles, Bayern needed proof that they could overcome a team that had become a problem. The win must have helped banish some demons because Bayern went on to seal the treble that season.

This time, Bayern are coming off a treble but go into the game having suffered a surprisingly comprehensive defeat by Hoffenheim.

Dortmund also lost last weekend, less as a result of tiredness and more due to an uninspired performance in Augsburg that saw them fail to use the majority of possession.

With both sides keen to bounce back from defeat, an exciting game is very much a possibility. Perhaps the main takeaway from the 2020 Supercup though, will be about the very existence and purpose of the fixture rather than the outcome of its latest edition.