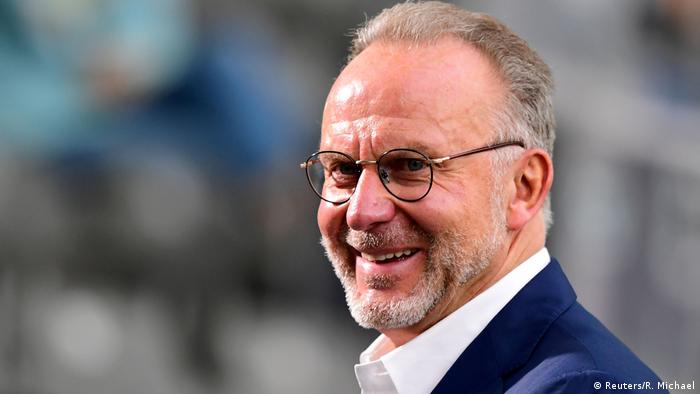 Appearing on Aktuelles Sportstudio on Saturday night, a weekly sports highlights show on German public broadcaster ZDF, Rummenigge insisted that Bayern Munich's involvement in Qatar had brought about improvements in the working conditions for migrant workers in the country, which are regularly described as "inhumane" by organizations such as Human Rights Watch.

'Steps in the right direction'

"We are of the opinion that we can achieve a great deal more by way of a dialogue than by a permanently critical attitude," Rummenigge said. "If you look at the developments in Qatar since they've been involved in football, the country is developing.

"Everybody who deals with the Gulf States will confirm to you that, in terms of developments regarding human rights and workers' rights, Qatar has made steps in the right direction."

By way of an example, Rummenigge highlighted the so-called Kafala system, which requires unskilled laborers to have a Qatari sponsor, usually their employer, who is responsible for their legal status. Parts of the system, which often involves employers' confiscating workers' passports, were legally abolished in January 2020, but rights groups say that little has changed in practice.

"The situation on the ground for migrant workers is very little different than it was when Bayern first got involved, or indeed when Qatar first won the rights to host the 2022 World Cup," said Nicholas McGeehan of London-based human rights organization Fair Square Projects.

On the issue of Kafala, McGeehan said: "Legally, the system is indeed in place to abolish it, but it is still operational because the laws haven't been effectively implemented. If international actors like Bayern Munich demanded to see evidence of that happening, we might get somewhere. But they've not done that."

It was put to Rummenigge by ZDF presenter Jochen Breyer that English side Liverpool had publicly spoken out about human rights abuses in Qatar ahead their appearance in the Club World Cup in 2019, and that some of Bayern's own supporters have been publicly critical of their club, with one group saying in a statement last week that they were "ashamed" that their club wouldn't address the issue. 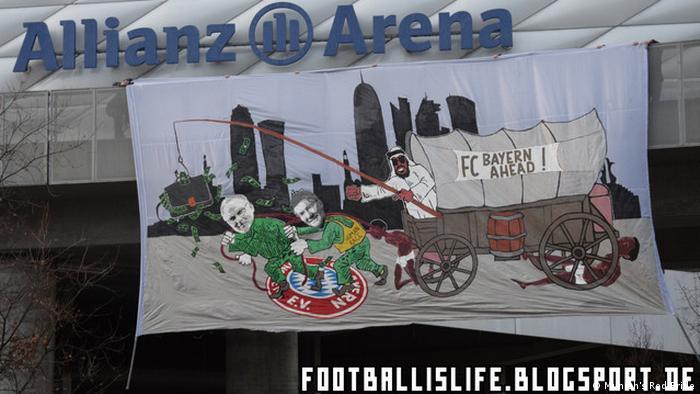 Bayern Munich fans hung a banner outside the Allianz Arena criticizing their club's relationship with Qatar.

"Why won't you speak up?" Breyer asked. "Why doesn't the wealthy Bayern Munich show some more morals?"

Rummenigge responded: "It's all too easy to say: Here comes the great Bayern Munich, pointing the finger and saying you need to adapt your human rights and workers' rights to conform to European norms overnight.

"I think it's being oversimplified. I think football is being forced into a situation where it's expected to improve the whole world."

'Human rights abuses are not culture'

McGeehan believes that Rummenigge was misrepresenting the criticism.

"What Bayern have been asked to do is take a public stance on these reports," he told DW. "They haven't been asked to go in and thunderously denounce Qatar or point fingers at anybody.

"They've simply been asked to do due diligence on sites linked to their operations in Qatar, to make sure that the hotels they stay at and the pitches they train on have been built and staffed by workers who are properly treated, and to do what they can within their sphere of influence to make sure that happens.

"They've not done that at any point. Liverpool called for an investigation into workers' rights in Qatar. Bayern haven't done that. It's the same tired stuff from Bayern and Rummenigge. Their public statements suggest that they're quite content to promote Qatar irrespective of the seriousness of the allegations that they are presented with."

In the ZDF interview, Rummenigge also called for patience, pointing out that Qatar is a "very young country with a different culture and different religion," at which point host Breyer interrupted saying: "Human rights abuses are not culture."