Air Berlin's former hangar at Munich Airport will soon host a deportation center, according to a Spiegel report. Bavaria's government is ramping up its push for deportation ahead of a state election. 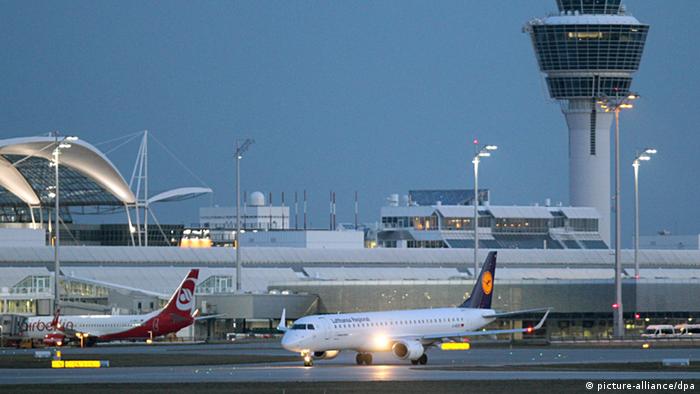 The reported plans come as Bavaria's ruling CSU party present a hard-line stance on refugees ahead of a state election in October.

According to the report:

Read more: Bavaria unveils its own Center for Asylum and Deportation

Push for deportation: The CSU has been pressuring their national coalition partners to allow them greater control over deportation. To this end it has opened a series of trial "anchor" centers meant to speed up the processing and eventual deportation of asylum-seekers.

Spare hangar: The airport real estate opened up after the buyout of an insolvent Air Berlin by Lufthansa last year.

Needs backing of EU partners: For deportations of asylum-seekers to EU nations where they are registered, the support of those nations is still required. This is subject to ongoing negotiations.

Building a life despite deportation threat

Their names sound nice: "Anchor centers" and "disembarkation platforms." But these camps for asylum-seekers that the EU wants to set up are supposed to deter migration — though they won't work, says DW's Bernd Riegert. (01.08.2018)