Bauhaus around the world: How German style is interpreted in globalized societies | Arts | DW | 16.11.2017

Ahead of the Bauhaus centenary in 2019, an ambitious global exhibition titled "Bauhaus Imaginista" looks at the impact of the famed design school. Curator Marion von Osten spoke to DW about the aims of the show.

To this day, the Bauhaus style continues to reap respect around the world for its ideas and many lasting examples.

Walter Gropius was in pursuit of a completely new approach to building design when he established the Staatliches Bauhaus in 1919 as an art school in Weimar. He wanted to bring together artistry and craftsmanship, and embrace industrial production as part of this new process. His school is considered to be one of the most influential architecture centers in the world, even a century on.

- 10 things you need to know about Germany's Bauhaus movement

The influence of the Bauhaus style around the world is highlighted a series of exhibitions entitled "Bauhaus Imaginista." Four separate cities in China, Japan, Russia and Brazil take a look at Bauhaus from the outside in, while a number of international partners involved in the project explain the global network of Bauhaus design today. Curator Marion von Osten shared further details with DW.

DW: This international exhibition project is called "Bauhaus Imaginista," celebrating 100 years of Bauhaus in various countries around the world but organized in Germany. What does the term "Imaginista" mean in this context? 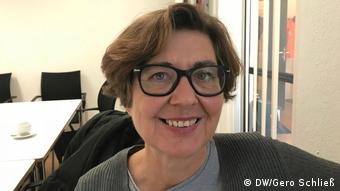 Marion von Osten: "Bauhaus Imaginista" is a made-up term. It's not in reference to an imaginary Bauhaus, as it may be interpreted in the German language. "Imaginista" rather points at the way that Bauhaus and its ideas have been received internationally.

The values of Bauhaus have found receptive audiences and have successfully been communicated to those audiences. Other cultures and political landscape have encouraged encounters with adherents of Bauhaus. But an important subject here is the relationship that Bauhaus has sought to establish in exchange with other cultures.

When Bauhaus was first launched in 1919 with the Gropius manifesto, it was driven by imagination – hence "Imaginista." It sought to imagine new kinds of societies, new forms of living and of inhabiting spaces. And out of all that a curriculum was born which hadn't existed in this shape or form up to that point.

Most people associate Bauhaus with such names as Gropius, Mies van der Rohe, Paul Klee and other greats — as well as the idea of no longer looking at artistry and craftsmanship as opposites. How does your project address these aspects?

At the beginning, Bauhaus was interpreted as an architectural endeavor as well as a new direction in style. This was largely due to the fact that it was a novel approach that was primarily appreciated by a great deal of American contemporaries at the time.

Mies van der Rohe and Gropius contributed to perpetuating this ideology, however, what was important to them was to create a synthesis between the handicraft aspect and industrial production means. What's interesting, however, is the fact that the Bauhaus library initially only held a few books on design theory, but had many volumes dealing with world cultures.

These were the kinds of references that early Bauhaus made use of. Bauhaus takes those indigenous forms of craftsmanship and culture and applies them in a transcultural way. This is what we call transcultural modernism, and this is exactly a major point of focus of this project — the influences and inspirations that contributed to Bauhaus.

We're not so keen on looking at what Bauhaus means in Germany — merely an original product of its time during the Weimar Republic, bookended by two world wars. Rather, we want to find out what kinds of networks helped it grow, how Bauhaus expanded its networks and how it drew from other cultures — such as the highly admired Indian educator Rabindranath Tagore. 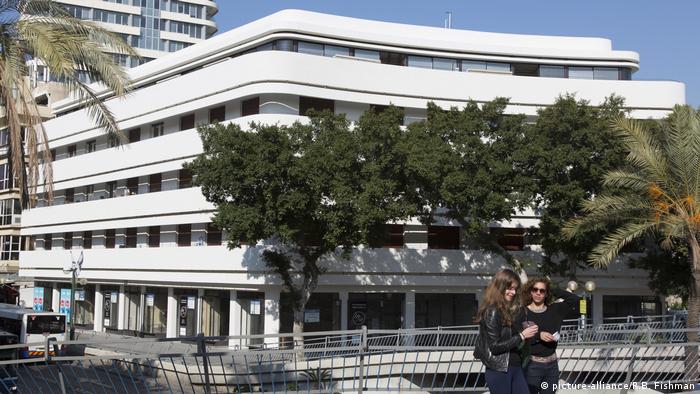 Tel Aviv's White City, a collection of buildings with many Bauhaus design elements, is a UNESCO World Heritage site

But Bauhaus not only showed an active interest in all the diverse cultures of the world, it was quite international itself, both in terms of lecturers and students. How do you bring this international aspect of Bauhaus to life in your exhibition?

What's really important to me is that people don't regard this as a historiographical project. It's rather a collection of highly diverse geographical contexts, which, however, highlights the lecturers and students of Bauhaus as well as their backgrounds.

Among other things it addressed the Japanese tradition of origami, which, much like Bauhaus, had its beginnings in the early 20th century. We're not talking about some ancient handicraft here, but a modern approach to paper and creative dealings with paper. So that exhibition from 1931 will be included in the 2018 show.

Another subject you deal with extensively is the decolonization of culture. What does that mean to you?

It is important always to listen to other voices — voices which do not represent the European perspective on things. There were various artistic currents during the independence movements of north and west Africa, which — much like Bauhaus — dealt with popular art, for example craftsmanship and related practices, which had a major influence on the daily lives of people, determining the way they furnished their homes, for instance.

These artists deliberately distanced themselves from the predominant colonial style at the time. We are still doing research on finding out why Bauhaus was considered a positive alternative for these decolonization movements. We believe that, to some extent, this is due to Bauhaus being displaced under Nazi rule. The forces of decolonization regarded Bauhaus as something different, as more of a political project.

I actually don't think that Bauhaus plays that important a role any more. As a brand it certainly does — like in Tel Aviv's White City neighborhood. It has come to carry certain associations which sell well. This has allowed for some Bauhaus cities to be classified as a UNESCO World Heritage site. So in that regard, things are still going well.

But the truth of the matter is that the ideas behind Bauhaus also came with certain limitations. You can only change the world of objects so much, to the end of changing the world. Eventually, you always run against a wall. What we actually witnessed is that the world has to change in other ways, chiefly addressing social and political issues.

So Bauhaus perhaps lacked the foresight to realize it couldn't deliver all that?

Correct, and this lack of foresight is something that certain Bauhaus locations like in Brazil recognized and addressed. Famous Brazilian architect Lina Bo Bardi, for instance, launched a counterproject, which questioned the top-down mechanisms of industrialization in the West and examine how local populations managed to bring about innovations from the bottom up. 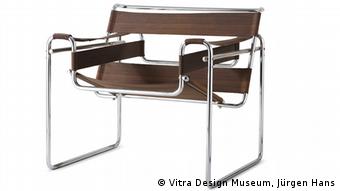 For example, there was a lightbulb that had been modified to be used as an oil lamp, because there was no electricity in certain parts of the country. So instead of implementing the standards of modernity, she sought to show alternative ways that people have come up with to deal with modernity. Such rejections of Bauhaus ideas are also of high interest to our project.

You are in charge of exhibitions and conferences around the globe. You mentioned Sao Paulo earlier. Then there's Kyoto, Lagos, Moscow, New Delhi as well as other locations. And of course, there's also Berlin. What do you hope to achieve with such a broad-based project?

We need to realize that Bauhaus was never an original product coming out of Germany. It was always conceived as a cosmopolitan, connected project, which embraced all kinds of different trends within it. This means that we have to start thinking beyond national borders. This applies to the ongoing public discourse on migration as well.

Do you hope the show will serve as an impetus for anything else?

Despite the fact that Bauhaus hit its limits, there are still a lot of Bauhaus ideas that haven't been implemented. The fact that fine art academies in Germany, even after all these years since World War II, continue to differentiate between the disciplines of art and design is certainly not in the same vein as the Bauhaus idea. We need more degree courses that don't make such a distinction between the disciplines and that refuse to make such distinctions between art and popular design. And these, too, are questions that can be addressed by way of Bauhaus.

Alongside Grant Watson and a team of international researchers and artists, Marion von Osten is the curator of the international exhibition project "Bauhaus Imaginista." The exhibition is supported by the Bauhaus Cooperation, the Goethe Institute and the House of World Cultures in Berlin. The project is financed by the German Culture Ministry, the Foreign Office and the German Federal Cultural Foundation.

It was the 20th century's most important art, design and architecture school: the Bauhaus. Many buildings are UNESCO World Heritage Sites, with two more just added to the list. (27.06.2017)

Stalinist residential blocks on Karl Marx Allee and high modernist towers in the Hansa district were constructed on opposite sides of divided Berlin.