Barbarians or heroes? The Germanic tribes, beyond the myths | Culture | Arts, music and lifestyle reporting from Germany | DW | 18.09.2020

Barbarians or heroes? The Germanic tribes, beyond the myths

The Romans considered them barbarians, the Nazis saw them as heroic warriors: An archaeological exhibition in Berlin puts legends and myths about Germanic tribes straight. 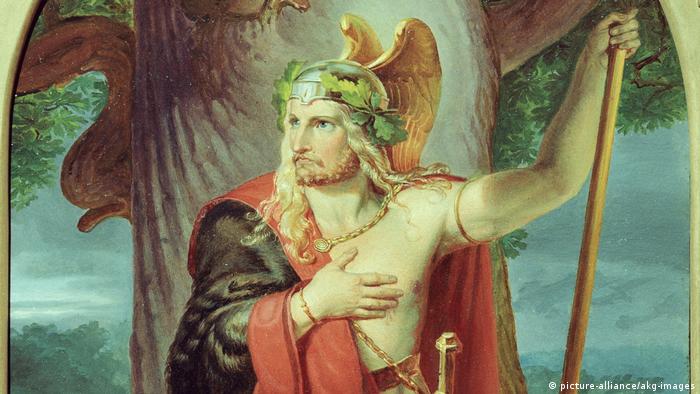 The first thing visitors to the Berlin exhibition "The Germanic Tribes: Archaeological Perspectives" learn is that there was no unified Germanic tribe; there was no single group of people that called themselves "Germanic."

They were rather a multitude of tribes who lived in village communities, though spread out across a sizable area. From the 1st century to the 4th century AD, the Germanic tribes settled the area east of the Rhine and north of the Danube rivers.

The exhibition at the James-Simon-Galerie gives an overview over their lives. "What makes it special is that it is the first exhibition where the Germanic peoples in this large area between the Rhine and the Vistula are really presented in their entirety," says curator Heino Neumayer from the Museum for Pre- and Early History in Berlin.

Previous exhibitions only focused on individual aspects like the legendary Battle of the Teutoburg Forest, he says.

Towards the year 100 AD, a Roman historian by the name of Tacitus described the country he called "Germania": The "appearance of the country differs considerably in different parts, but in general some of it is quite gruesome because of its primeval forests," he wrote.

Archaeological finds, loans from Germany, Denmark, Poland and Romania, show that while the Germanic tribes did live in villages without a fortified road and not, like many Romans, in cities, they weren't actually living in primeval forests. Excavations have proven that in certain areas, settlements were no further than 12 kilometers (7.5 miles) apart, and sometimes within sight of each other, surrounded by fields and meadows. 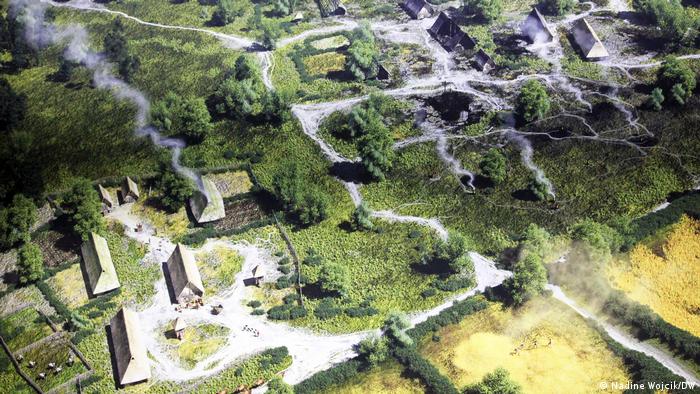 A digital reconstruction of a Germanic village with cultivated fields

The Germanic tribes were self-sufficient. Their livelihood was based on agriculture and livestock farming. Archaeologists found a large number of small, elaborately produced cattle figurines that point to a cattle cult — the bovines were valuable.

The tribes produced whatever they needed themselves. They would use every single part of a slaughtered animal, the hides, tendons and even the bones to make, for instance combs.

The exhibits are proof that the Germanic tribes had superb smiths. They used special tools to decorate jewelry and various vessels. The blacksmiths were well versed in how to work with precious metals. Some moved around the countryside as itinerant craftsmen, which allowed them to learn new skills, too — even from the Romans the Germanic tribes so often fought.

The highlight of the exhibition shows a hybrid cultural technique: for the decorative center part of a defensive shield, a blacksmith in the 3rd century AD used a Roman vessel he gilded thanks to a technique also acquired from the Romans. 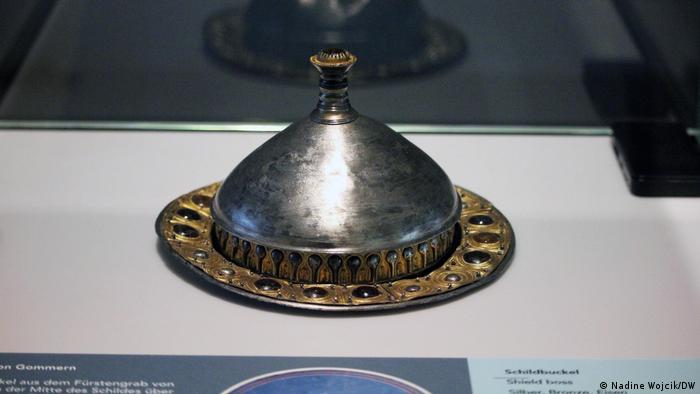 Exhibits such as this one demonstrate blacksmith advanced skills

Revered by the Nazis

A corresponding exhibition at the adjacent Neues Museum entitled "The Germanic tribes. 200 years of myth, ideology and science" explores "the shifting history of research into the Germanic tribes" and what role the Berlin museums played.

One of the exhibits is a Nazi propaganda film highlighting their view of the Germanic tribes. The film features an item from the Berlin state museums' collection with a swastika symbol in bold colors that was to prove the Germanic roots propagated by the Nazis.

Both exhibitions are significant, says curator Neumayer, who points out that the far-right is again using — and misusing — the term "Germanic" a lot. "We as archaeologists want to counteract that development, whatever people say about the Germanic tribes is long outdated; they are not a people or a nation."

The Romans came up with the term and it was used to describe the tribes that lived north of the Alps, and nothing else. Showing how much there is to discover about these totally diverse tribes, the exhibitions on Berlin's Museum Island run until March 21, 2021.

Millennia of history in the Teutoburg Forest region

The Teutoburg Forest boasts hundreds of kilometers of hiking trails that lead hikers by bizarre rock formations and cliffs, majestic fortresses and castles, and idyllic towns and villages.

The origins of the Germans' special relation to the forest

The Roman historian Tacitus noted that forests were a central part of German culture and identity. As activists continue to occupy the Hambach Forest, they are standing up for a national cultural icon.