How neo-Nazis bring up their children

A new documentary dives deep into the far-right scene: "Kleine Germanen" explores how parents indoctrinate their children with their extremist ideology. There are some 20,000 kids affected by the phenomenon. 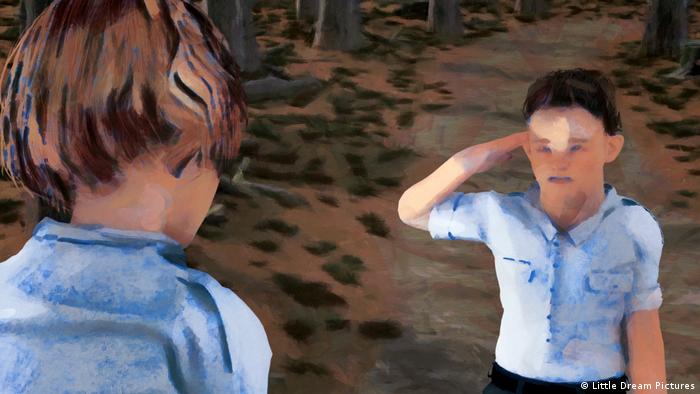 The title sounds innocuous, but the realities portrayed in Kleine Germanen ("Little Germans") are terrifying. In their documentary, filmmakers Frank Geiger and Mohammad Farokhmanesh explore how neo-Nazi parents transmit their ideology to their children.

The film features personalities from the far right, such as Götz Kubitschek, a well-known publisher, journalist and political activist, or Sigrid Schüssler, a former politician of the extreme-right National Democratic Party (NPD), allowing them to reveal their ideals in education and their childhood dreams. Geiger and Farokhmanesh avoid commenting or confronting them as they do so.

The comments instead come from researchers specialized in right-wing extremism, who do not appear onscreen.

In other scenes, the documentary follows children at a far-right youth camp.

The documentary also includes an animated sequence telling the story of a young woman called "Elsa," who managed to leave the far-right community in which she grew up. The woman does not want to be recognized and has taken on a new identity, which is why the film uses animation to portray her.

Her story represents a childhood affected by the extremist upbringing, while demonstrating that one can escape the far-right scene despite years of indoctrination.

DW got in touch with the directors of the film, which opens in German cinemas on May 9.

DW: How did you start looking into the topic of children in the far-right scene?

Frank Geiger: The idea for the film came when we heard about a girl who had diabetes but whose parents didn't want her to take insulin. The youth welfare office was involved in the case, but the family moved from one German state to the next to prevent the child from being treated without their consent.

We wanted to find out what ideology guided them in their decision.

It turned out to be a family from the far-right spectrum who had been living guided by "traditions" for generations and who rejected mainstream medicine, which they viewed as "Jewish medicine." The parents were followers of Germanic New Medicine developed by Ryke Geerd Hamer [Editor's note: the originator of this pseudo-medicine system was imprisoned for causing several deaths; he died in 2017].

These families have several children — it's part of their ideology. Up to seven children is not uncommon.

So we then looked into how many children are growing up in this far-right culture, and we found frightening numbers.

How many are there?

In the film, we deliberately avoid mentioning numbers, because we have a different goal — to bring people to reflect and discuss.

But we think there are about 20,000 children in the so-called völkisch movement. We came to those numbers with Exit Deutschland [an organization that helps people leave the neo-Nazi subculture], which has extensive knowledge of the scene. 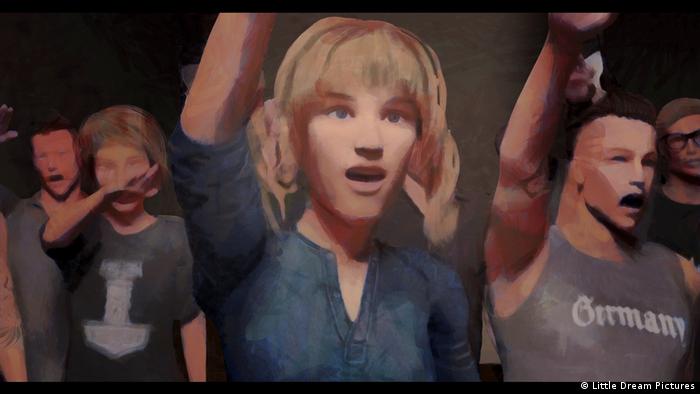 Despite indoctrination as a child, Elsa managed to find her own way later on

You avoided the classic documentary approach, which would tend to comment and classify the testimonies of far-right protagonists. Why did you choose this form?

There are many films and TV reports dealing with the topic of the far-right scene. Most of them are very confrontational. We felt that the label, "those are the bad guys," doesn't lead to anything else but polarization and exclusion. We didn't want that.

We discussed this with many of our experts. The existing confrontation with the far right has not managed to diminish extremism. It has only hardened fronts and led to exclusion.

We aren't free from our traditions and our past. It's deep inside there, not only in so-called far-right families. Any average Joe is not completely free from such thoughts, either.

You notice that as well in times of crisis — such as [during the economic crisis] in 2008 or in reaction to the influx of refugees [in 2015] — that's when many people suddenly fall into the fringes of politics, when their thoughts and opinion change, and when they join far-right parties.

One of our experts, Andreas Peham from Austria [a far-right politics and anti-Semitism researcher], calls it "extremism from the center." This is the approach we want to discuss. So that's why we avoided a classic form. 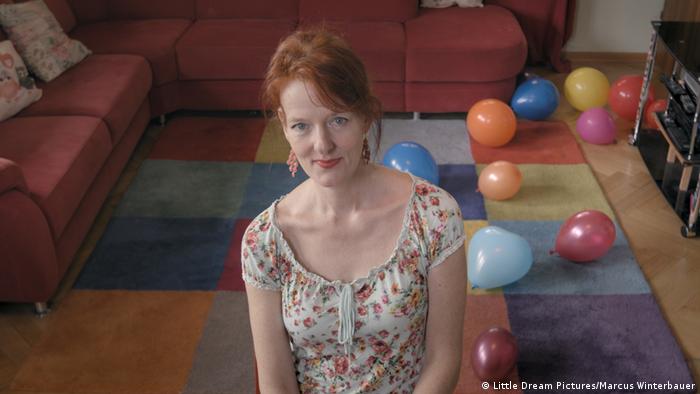 Through your film, did you observe recurring themes in the parents' indoctrination of their children?

But what we have also clearly noticed among all our participants is an extremely pronounced principle of performance. These families have a strong father figure putting pressure on the children, in the sense of "You need to perform! You need to function!"

The main principle of the family leader, a strong person who determines how things work, is their idea of "heimat," or of a sheltered home. It is very typical to have someone giving clear orders; children are not to discuss them. Feelings are not highly valued — the only accepted feeling is a love of the "heimat" or the fatherland.

Do you have the impression politicians have recognized this problem? What about the future of those 20,000 children?

I don't think that this issue has come into their focus. In our opinion, the current way of dealing with far-right politics displays their total helplessness. We need to find a new approach, because the classic patterns no longer work.

A court has reportedly confirmed that a German public broadcaster has the right not to air a National Democratic Party campaign ad. The NPD is the most prominent ultranationalist party currently active in Germany. (27.04.2019)

How the far-right AfD taps into Germany's East-West divide

Nearly three decades after reunification, economic and cultural divisions between eastern and western Germany live on. The former leader of the far-right AfD has told DW the party is using those rifts to its advantage. (18.04.2018)

In 1921, Gabrielle "Coco" Chanel launched a new fragrance created for women. The result: Chanel No. 5 — the most iconic perfume of the 20th century.