Barack Obama goes to Hanover: How they made it happen | Germany | News and in-depth reporting from Berlin and beyond | DW | 24.04.2016

Barack Obama goes to Hanover: How they made it happen

The world's largest industrial technology trade fair is hosting the United States as its partner country. And President Barack Obama has even made a personal appearance in Hanover. So how did organizers make that happen? 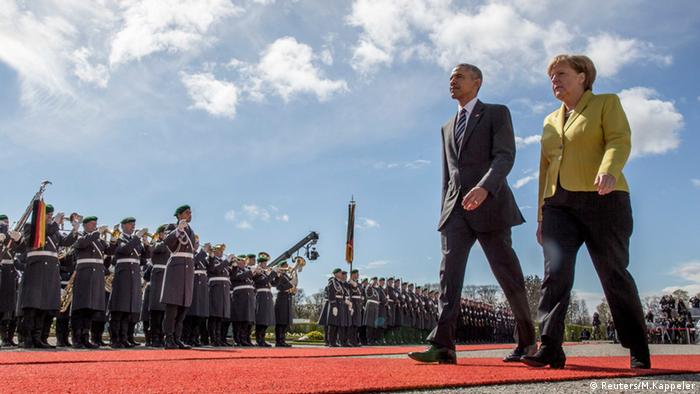 The organizers of the Hannover Messe pulled off a real coup this year: Never before had a US president opened the world's largest industrial technology fair. And it seems pretty likely that a visit to the capital of the German state of Lower Saxony would never have been on the agenda for a man often described as the world's most powerful.

More than a few people smiled wearily when Wolfram von Fritsch first suggested the idea. But the head of the international trade fair organizer Deutsche Messe is the person who is smiling now. His plan worked. The appearance of US President Barack Obama hasn't just made Hanover a place of global media interest for a couple of days: It has also lent new prestige to the industrial technology fair.

The increased attention has allowed the world's two leading industrial nations, the United States and Germany, to show - and impressively so - what production will look like in the future. But more about that later. 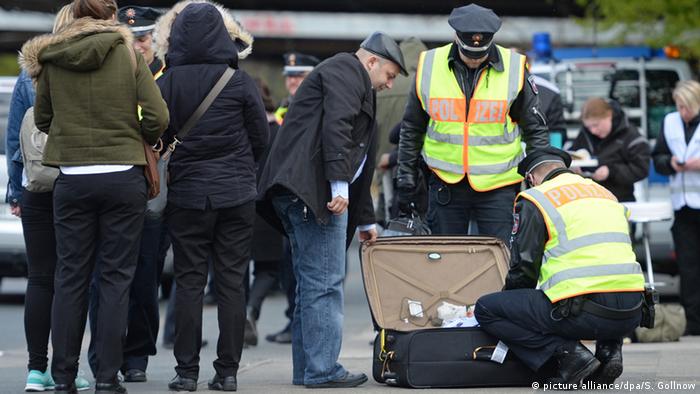 Having a partner country has long been the tradition at both the digital business fair CeBIT and the Hannover Messe. In 2012, for example, China was the partner, with then-Premier Wen Jiabao making an appearance in Hanover. A year later, it was Russia and the guest was President Vladimir Putin. How times have changed. Last year, India was finally chosen as the partner country, making Prime Minister Narendra Modi the most prominent politician at the 2015 trade fair. This year, it is Barack Obama.

Jochen Köckler, a Deutsche Messe board member and the man responsible for the Hannover Messe, told DW that organizers had come up with the idea five years ago. At the time, the United States had begun to reindustrialize with big oil having found a big boom in fracking. Finally, Obama had made it a goal of his administration to increase the US share of the global production market.

The trade fair is the world's largest display of machines and devices for industrial production. Organizers opened an office in Washington, DC, and, project leader Marco Siebert began to pound the pavement. "I banged on many doors," he told the German public broadcaster NDR.

At some point the project picked up steam. About a year ago, German Chancellor Angela Merkel invited Obama to Hanover. And, just before Christmas, the president announced his travel plans on Twitter. Trade fair organizers in Hanover must have been popping champagne.

Naturally, the enormous security precautions that have been put in place mean that this year's Hannover Messe is different from most. Trade fair halls that Obama is scheduled to visit on Monday were already closed on Sunday. But exhibitors have generally been understanding. After all, Obama's presence is raising the trade fair's profile; one could say that this year Hanover is the Davos of industry. However, that also means that attention has been refocused on the excitement over Obama's visit and less attention is being paid to this year's theme: "Integrated Industry" - or "Industry 4.0."

In Hanover, the world's leading technology innovators and manufacturers are coming together. The United States is known for its pioneering information technology, and Germany for mechanical engineering, industrial manufacturing and automation.

Of course, there is also competition between the countries - for example, over the standards that will apply in the future: Will German Industry 4.0 lead the way? Or will it be the industrial internet from the United States? Either way, earlier this year the two countries agreed on common objectives for building reliable infrastructure and systems.

With 465 firms present, Americans make up a plurality of the foreign exhibitors at the Hannover Messe. In total, there are more than 5,200 exhibitors from 75 countries taking part in the trade fair - a significant rise in interest. It's debatable whether that's a result of the Obama factor. But trade fair organizers are pleased either way.