Mushtaq Ahmed, a crocodile farmer and writer, was jailed under a 2018 law that authorities have used to crack down on dissent in the country. 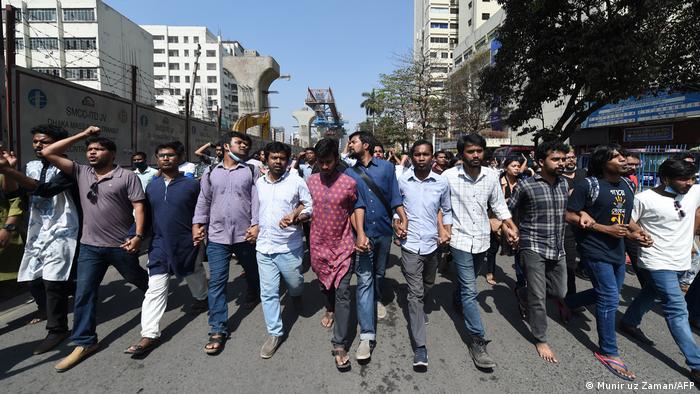 Activists want the government to scrap its Digital Security Act

Hundreds of people in Bangladesh took part on Saturday in a second day of demonstrations sparked by the death of imprisoned writer, Mushtaq Ahmed.

Ahmed, a crocodile farmer and satirical writer, was detained in May 2020 after criticizing the government's handling of the coronavirus pandemic on Facebook.

He collapsed and died at Kashimpur High Security Prison late Thursday. It is unclear what caused his death.

During his 10 months in prison he was denied bail six times. His case has drawn international criticism. 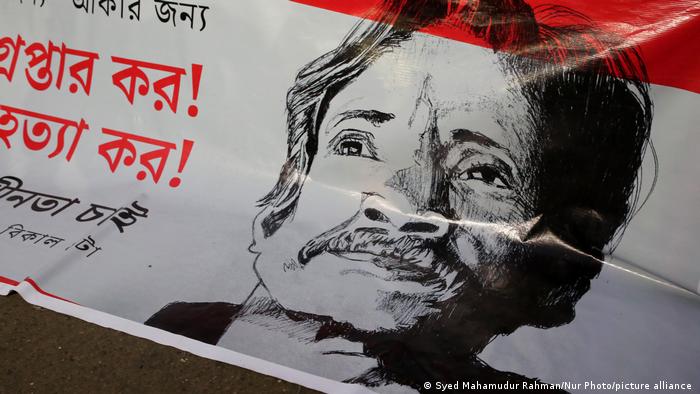 Protesters marched at the University of Dhaka, in the nation's capital city, chanting slogans condemning the government's treatment of Ahmed as well as other dissident writers, journalists and activists. Another protest was staged at the National Press Club.

Security forces clashed with students in Dhaka on Friday night. Police said six people were arrested while activists said at least 30 were injured.

Demonstrators plan on marching to the office of Prime Minister Sheikh Hasina carrying a coffin later on Saturday. 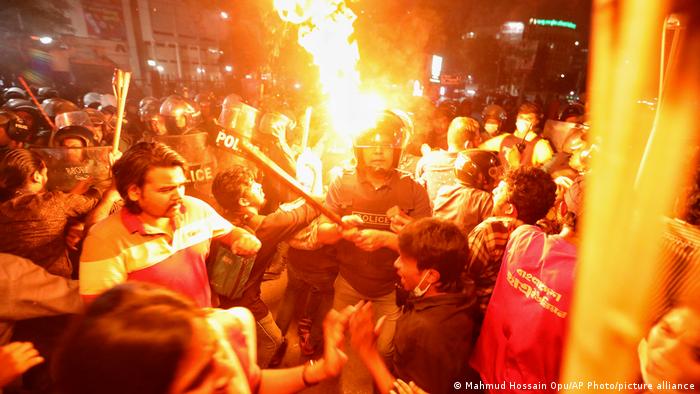 Protesters and police have clashed on two consecutive days in Dhaka

What are the protester's demands?

Demonstrators want the government to scrap its hard-line Digital Security Act (DSA) under which Ahmed was imprisoned.

The law has been used to crack down on dissent since it was enacted in 2018.

Under the legislation, Ahmed was charged with spreading rumors and conducting "anti-state activities." 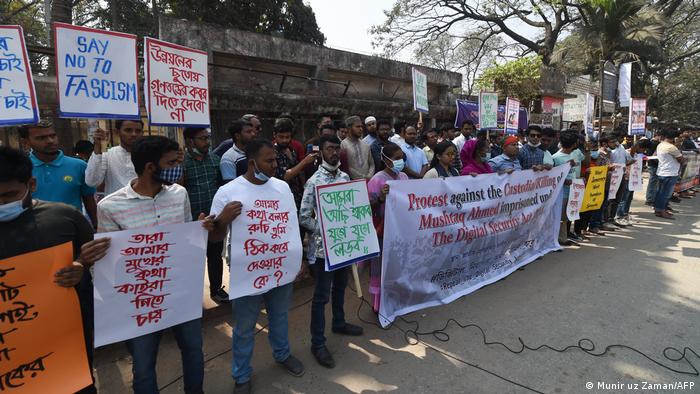 Many activists held placards, demanding the repeal of the Digital Security Act

What has the international response been?

Thirteen ambassadors from countries including the United States, France, Britain, Canada and Germany expressed "grave concern" in a joint statement on Friday.

They called on Bangladesh's government to conduct "a swift, transparent and independent inquiry" into Ahmed's death.

The diplomats said their countries would be following up over "wider concerns about the provisions and implementation of the DSA, as well as questions about its compatibility with Bangladesh's obligations under international human rights laws and standards."

Rights groups have also raised concerns about the case. The New York-based Committee to Protect Journalists called for "a swift, transparent and independent investigation."

"We formed a committee to probe whether there was negligence by jail officials or procedures in his treatment," Islam said.