COVID: Bangladesh vaccination drive marred by misinformation | Asia | An in-depth look at news from across the continent | DW | 27.01.2021

The government is working to counter widely shared rumors and pseudoscience about vaccines. However, falsehoods are spreading on social media faster than facts. 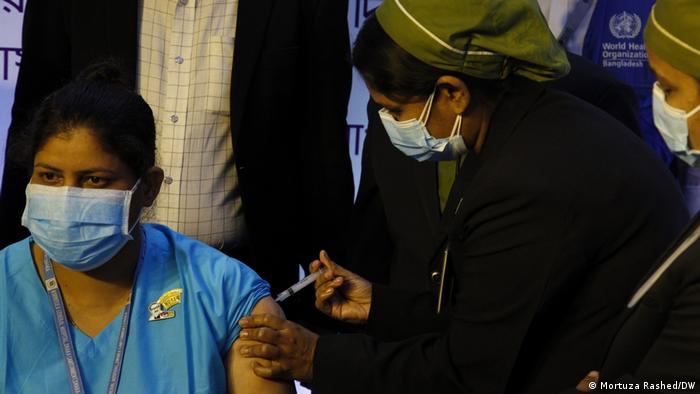 Bangladesh kicked off its coronavirus vaccination campaign on Wednesday, with up to 500 health workers lined up to receive a dose of AstraZeneca's vaccine over the next two days. After this group is monitored, nationwide vaccinations are due to start on February 7.

As the government prepares vaccination centers around the country, rumors about the vaccine have begun to spread on social media, and health officials are concerned this will lead to large numbers of people refusing to take a shot.

Health communication experts say there is a low level of information literacy in Bangladesh, and many people are susceptible to believing rumors that aren't based on science.

Qadaruddin Shishir, team leader of Boom Bangladesh and co-founder of BD Factcheck, an independent fact-checking group, said that this kind of content has increased significantly over the past month, and they are struggling to keep up with providing accurate information on vaccines.

Religious leaders followed by hundreds of thousands of people on social media are fueling the rapid spread of misinformation.

One well-known Islamic scholar, who has a heavy social media following, posted a video on Facebook recently claiming that coronavirus vaccines "contain a microchip" that allows "Western countries to spy on people."

The video and its preposterous claim reached thousands of people before the misinformation could be countered by an independent fact-checker.

A street vendor in a small city in eastern Bangladesh told DW he read on Facebook that the vaccine provided by Bangladesh's government could be deadly, claiming it is a trial version, adding that he "has no trust" in official information and refuses to be inoculated until the "real vaccine" arrives.

The man couldn't name which company developed the vaccine, but said he thought that it comes from India.

Bangladesh, which has reported over 500,000 COVID infections, and at least 8,000 related deaths since March 2020, currently has 7 million doses stocked of the Oxford-AstraZeneca vaccine, which is manufactured by the Serum Institute of India, the world's largest vaccine maker. 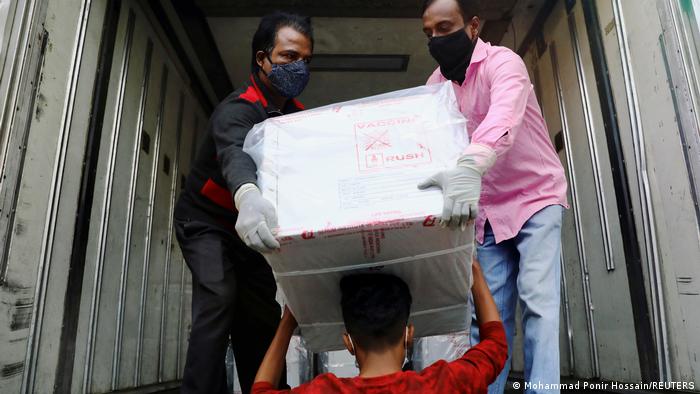 The vaccine is not a trial version, and it has been approved for use in the UK.

Bangladesh is due to receive 25 million more doses next week and is negotiating with other vaccine makers, including BioNTech-Pfizer, to secure more supply in the coming months. Health Ministry officials said they have trained 42,000 health workers for the vaccination campaign.

However, many poorer Bangladeshis, like this street vendor, are often deprived of authentic information and are therefore wary of receiving a vaccine.

A recent national study conducted by Dhaka University revealed that 16% of people in Bangladesh would not take a coronavirus vaccine.

Shafiun Nahin Shimul, a member of the research group, said rumors on social media are contributing to people's skepticism, by spreading doubt about the vaccine's safety, efficacy and standard of production.

Ahead of Bangladesh's nationwide vaccine campaign starting in February, the government is trying to spread awareness of vaccines and their importance in combating the pandemic by advertising on television and in newspapers.

However, fact-checking specialist Shishir said that the government awareness campaign is falling short. 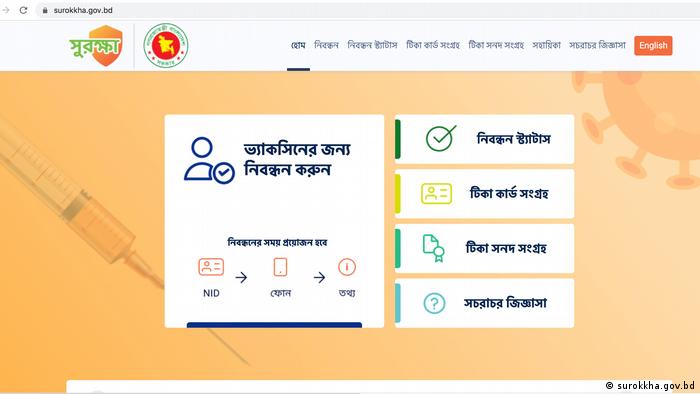 Bangladesh has set up a coronavirus website to register vaccinations

''From my experiences as a fact-checker, I am of the opinion that people are showing a great mistrust of the vaccine, which requires a massive campaign before their trust can be restored," he said.

Zakaria, who has expertise in health communication in Rohingya refugee camps, predicts a lot of time and effort will be required to turn people away from fake news and misinformation on vaccines.