Despite appeals from human rights groups, the sentences were carried out on two men who were sentenced last year on terrorism charges. There have been allegations of torture and mistreatment. 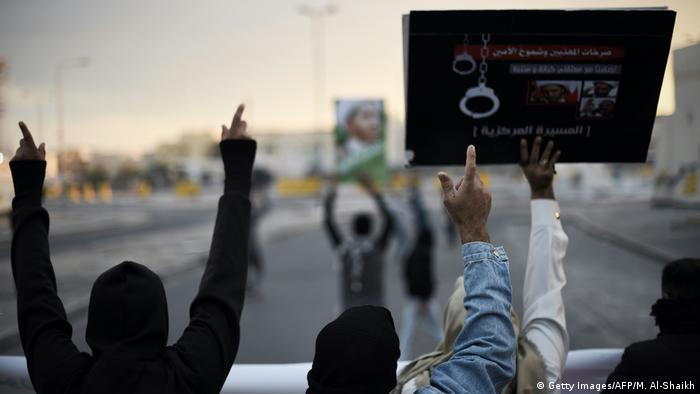 Shiite activists, Ali al-Arab and Ahmed al-Malali, were sentenced to death last year along with 56 other men who were given jail terms on terrorism charges.

On Saturday, a court jailed 19 individuals for life and 37 for up to 15 years for running a terrorist cell used for training militants.

'One of Bahrain's darkest days'

Amnesty International and Human Rights Watch had urged the country to halt the executions.

"While in custody the men were tortured by security officers including through electric shocks and beatings. Ali Mohamed al-Arab's toenails were also ripped out," Amnesty International said.

A London-based Bahraini activist rights group, the Bahrain Institute for Rights and Democracy (BIRD), said "the executions mark one of Bahrain's darkest days."

"It appears that the Bahraini government planned this meticulously, timing the executions to coincide with US, EU and UK legislative recesses in order to avoid international scrutiny," BIRD's director Sayed Ahmed Alwadaei said.

The country's ruling Sunni minority has faced unrest since it carried out a a bloody crackdown on Arab Spring protests in 2011 with the help of Saudi Arabia and the United Arab Emirates.

Bahrain is located in the Persian Gulf and hosts the US Navy's Fifth Fleet and a British naval base. The executions come amid increasing tensions between the United States and Iran, which Bahrain accuses of training domestic Shiite militias.

Is a US-led war with Iran on the horizon as troops head to Saudi Arabia?

The US is sending troops to Saudi Arabia amid concerns that it is preparing for a war with Iran. It will be the first deployment of American forces in the kingdom since the US toppling of Saddam Hussein's Iraqi regime. (20.07.2019)