Hakeem Al-Araibi, a former member of Bahrain's national football team, says he fears for his life if he is extradited from Thailand. Minky Worden of Human Rights Watch told DW that his extradition would be unacceptable. 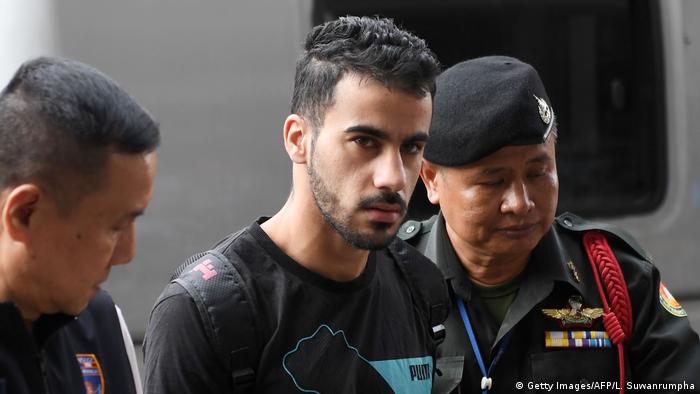 A Bangkok court on Tuesday extended by 60 days the detention of a former Bahrain international footballer who is facing possible extradtion to his home country. Hakeem Al-Araibi says he was arrested and beaten at the start of the Arab Spring protests in Bahrain in 2012. He was granted refugee status in Australia five years later.

The 25-year-old was stopped by Thai immigration on November 27 after arriving in Bangkok for a vacation with his wife and detained upon a request by the Bahraini government. His lawyer, Nadthasiri Bergman, told the AFP news agency on Tuesday that she was optimistic about his chances of avoiding extradition to Bahrain.

"I think he has a good chance not to be extradited because we have evidence" that he will face abuses back in Bahrain, Bergman said. The court denied a bail request after the detention order.

Prior to Tuesday's court decsion, Minky Worden of Human Rights Watch spoke to DW about the case.

DW: What do you make of the fact that a court in Thailand could order the extradition of Hakeem Al-Araibi in the coming weeks. Is this acceptable in terms of human rights?

Minky Worden : First of all it would be completely unacceptable to extradite Hakeem Al-Araibi, a football player, who has said that he and his brother were tortured in Bahrain. This is also consistent with Human Rights Watch documentation of the unjust arrest and torture of many of the Arab Spring youth.

He was detained on a red notice (an international alert seeking the arrest of a person wanted by a judicial authority or an international tribunal with a view to his/her extradition), which was not correct because Interpol has a rule that you may not detain asylum seekers or refugees who are fleeing repression or torture.

Is Al-Araibi a refugee in the legal sense of the term?

He would clearly qualify as a refugee. It is very clear that he has been detained for political reasons, on the orders of Bahrain. Because he has already been a whistleblower and acted as a defender of human rights, he is at greater risk should he be returned. 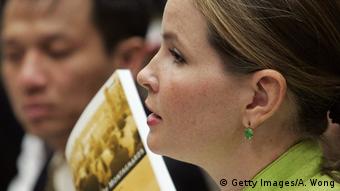 He claims that he fears for his life if he is returned to Bahrain. Are these fears justified?

Yes. He believes if he is returned, he is in danger of being tortured and that his life depends on his being returned to Australia. Human Rights Watch had a telephone conversation with him from the detention center in Thailand on December 5. He asked Human Rights Watch to continue to speak out about and shed light on his case if he doesn't make it back to Australia. He has also told other human rights monitors that if he is returned (to Bahrain) he may be forced to say certain things, and that these should not be believed.

How credible are Al-Araibi's claims that he has been subjected to torture in the past in Bahrain?

They are completely credible. Human Rights Watch's latest annual report on Bahrain says that the human rights situation there is continuing to deteriorate, that courts convict and imprison peaceful dissenters, human rights defenders, and then they also file charges against their relatives. The case against Hakeem Al-Araibi rests on a confession by his brother, that he believes was obtained by torture.

Hakim Al-Araibi came forward and gave interviews with ESPN, the New York Times and others at the time of the FIFA (presidential) election and said that Sheikh Salman had failed to protect players from torture and abuse. So there is good reason to fear that he could be punished. Sheikh Salman is part of the ruling family, the ruling family is seeking to extradite a football player who is a former national team player in Bahrain and is a player in Australia. 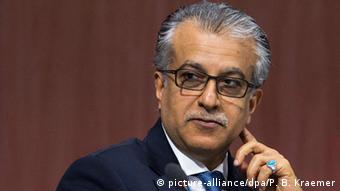 The Football Federation Australia, which is a member of the Asian Football Confederation is now calling on Thailand to return him (Al-Araibi), so I think things are getting quite desperate.

Shouldn't FIFA be getting involved?

Since 2015, FIFA has put in place an elaborate system of protecting human rights; they have put human rights into Article 3 of their statutes, they set up a human rights policy in June of 2017, and they have a human rights manager, whose job it is to work on such cases. Yet it took almost a week for FIFA to issue a statement calling for the release of this player.  HRW's position is that because Sheikh Salman, a FIFA vice president, is involved, there is every reason that FIFA should tell him to call off the case against this kid.

Is there anything about this case that gives you hope that Al-Araibi will be released?

We have worked very hard to put in place the system of human rights protections at FIFA – for just such a case. The question is: what is (FIFA President) Gianni Infantino doing on this, when your vice president could be involved in an illegal extradition. I think it's really an ethics matter for FIFA.

Hakeem Al-Araibi, 25, is a football player who came forward in 2012 claiming that authorities in Bahrain arrested and tortured him, allegedly for his brother's political activities. He fled Bahrain in 2014, escaping to Australia, where he was granted refugee status in 2017. While on vacation with his wife in Thailand last month, he was arrested on an Interpol "red ticket" seeking his extradition to Bahrain.

Minky Worden is director of Global Initiatives at Human Rights Watch, where she oversees the organization's activities on human rights and sports.