A US food chain has warned that climate change may cause an avocado shortage in 2014. In some Chilean communities, avocado cultivation - coupled with privatization and dry weather - is leading to water shortages. 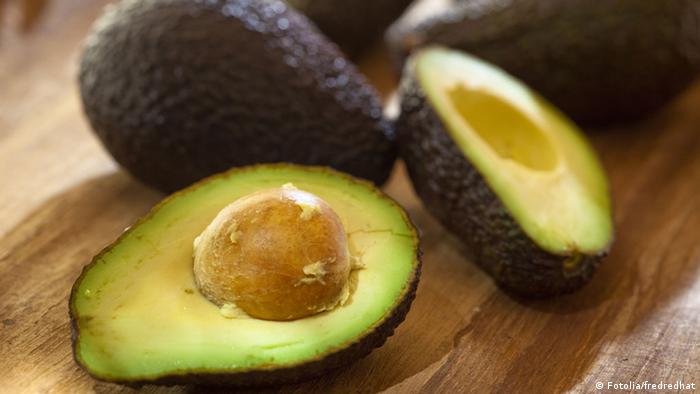 Denver-based burrito chain Chipotle recently warned that climate change could cause an avocado shortage in 2014. Besides meaning a possible cut in offering guacamole, an avocado shortage in the United States could lead to higher demand for the "green gold" in other regions of the world - like Chile, one of the world's top avocado-producing countries. But this could mean disaster for small farmers there.

Ricardo Sangüesa owns a 20-hectare (49-acre) avocado farm on the banks of what used to be the Ligua River. The area where water once flowed is now just a dry, stony riverbed, littered with garbage and populated by stray dogs. Sangüesa says the river stopped running when avocado farmers, who used to just cultivate the valley floor, started planting trees on the hillsides.

"Where does the water [to irrigate the hills] come from? From here, from this river," he says. As a result, "the river has dried up," he claims.

Sangüesa farms in La Ligua, an agricultural region in central Chile just a few hours from the capital city of Santiago. Due to regional water shortages, riverbeds have been dry and, sometimes, towns and small farmers get nothing when they turn on their taps.

Driven by global demand for avocados, the question of where all the water has gone - and what should be done about this - has pitted large-scale avocado exporters against small farmers and local communities. 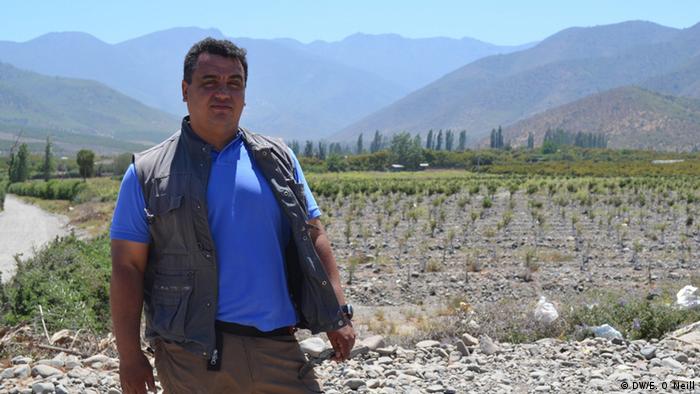 When the law was first passed, individuals and companies simply filled out an application and, if there was water and no one else owned it, the government granted water rights for free and forever, Bauer said. These permanent water rights can be endlessly used, or sold to others.

"La Ligua area is one of the leading examples in the country of groundwater overuse," he said. People are planting avocados on hillsides where land is still available, and then extending irrigation systems to reach them. "It's an unsustainable use of groundwater," Bauer added. 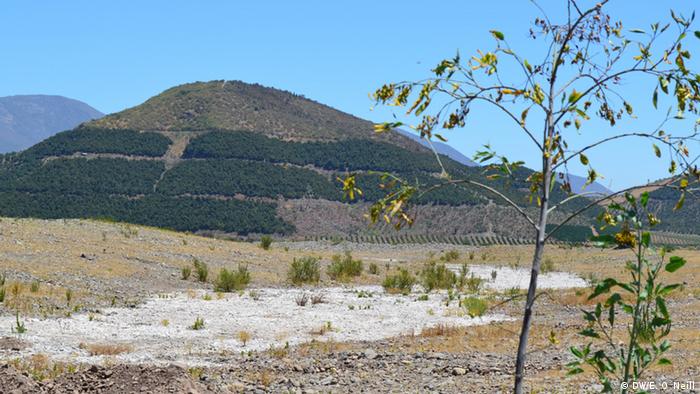 In recent years, avocado plantations have started spreading up the hillsides in the Ligua area

At the rate of 10,000 cubic meters of water per hectare (about 3.3 acre-feet to 1 acre) of avocado, the river can only maintain so many orchards, said Felipe Martín, president of the Chilean government's National Irrigation Commission.

But the temptation to plant more avocados is great because of their high export value - Chileans even call them "green gold." After Mexico, Chile is the world's second-largest producer of avocados.

And the European Union is the world's second-largest avocado importer. In recent years, EU demand for avocados has been growing steadily. Chile is the source for 10 to 20 percent of Europe's avocado imports. 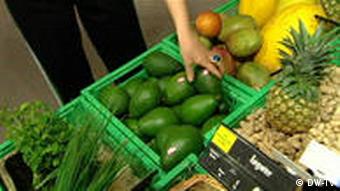 Now, La Ligua is feeling the squeeze. Rodrigo Mundaca, an agricultural engineer and the general secretary of the organization Movement for Defense of Water, Earth, and Environmental Protection, said that during central Chile's hot, dry summers, "the water supply to all the cities of this province gets cut off, or we only have water at certain times of day." That's because, especially in the summer, "the avocado orchards demand a lot of water."

Mundaca added that water overuse in La Ligua "means that vast sectors of the population have lost their small farms." This has adversely affected people's lives - "There are places in the Petorca Province where people have to defecate in plastic bags … men and women [have to] take sponge baths."

As much as 85 percent of rainwater flows out to sea, Ochagavía said. "We don't have a water problem - we have an accumulation problem," he explained.

Martín said reservoir construction will continue to become increasingly necessary as global warming advances. He added that much of the water that would once freeze and be stored as snowpack in the Andes Mountains, to be released slowly over the course of the summer, upon falling now flows directly into the ocean. 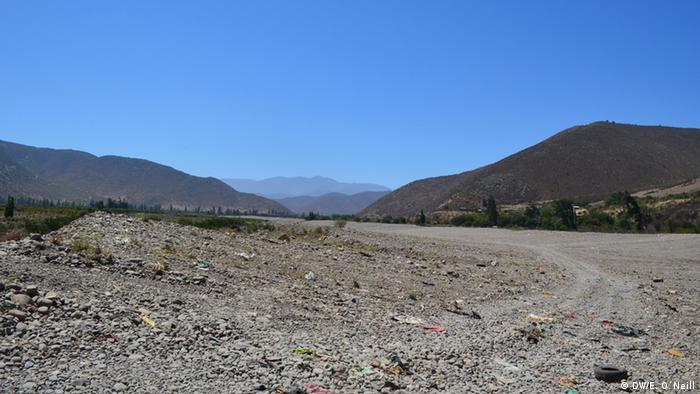 Ligua River, dry for years now, used to flow with water from the Andes

Martín added that new infrastructure alone won't solve the problem - famers also need to band together to ensure that no one is taking more than their allotment, and sanction those who have illegal wells.

But Mundaca thinks the root of the problem need to be addressed: Chile needs to "have a deeper discussion about renationalizing the country's water, about enshrining water access as an essential, unalienable human right in the constitution."

As Mundaca tries to start that debate over the right way to distribute water in Chile, climate change combined with global avocado demand may push the Ligua region to suffer from further water shortages.

Is Europe on track for its hottest March ever?

Parts of Germany are experiencing their warmest start to March ever. Much of Europe has also recorded higher than average temperatures. While many are thrilled to see the back of winter, is the heat a cause for concern? (12.03.2014)

Hundreds of farmers in California face bankruptcy due to a lack of rainfall in recent months and stiff foreign competition. Large swaths of their farmland can't be used, and farm owners are criticizing the government. (18.02.2014)

Mining giant Anglo American is facing investigation for failing to obey environmental regulations in Chile. The case comes after the recent controversy surrounding the Barrick-run Pascua-Lama gold mine, also in Chile. (05.02.2014)