Mining giant Anglo American is facing investigation for failing to obey environmental regulations in Chile. The case comes after the recent controversy surrounding the Barrick-run Pascua-Lama gold mine, also in Chile. 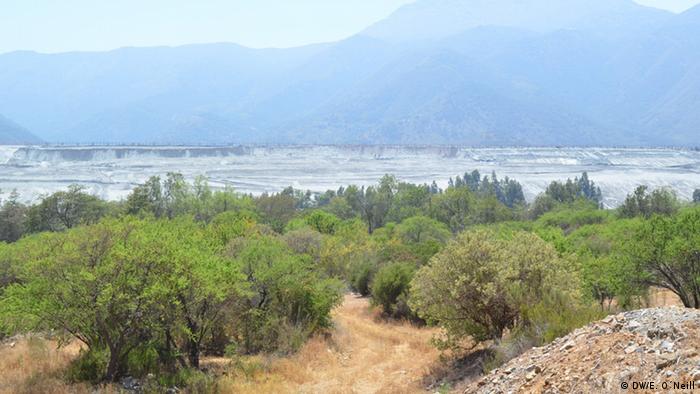 Trucks belch out exhaust as they drive in and out of the gates of El Soldado, an open-cut copper mine owned by the British-based mining company Anglo American, in central Chile.

Jorge Ramirez, a community leader, lives with his wife and three children just a few kilometers from the mine, in El Melon. In the past, he says, the mine was only underground. He's angry that the facility has now turned into an open-cut mine too.

"The mine destroys nature and native forests," he says. "It pollutes the water, it also takes away our water because a lot of water is needed for mining processes."

Ramirez adds that the company is also responsible for a tailings pit, a lake of ground-up rock, water, and chemicals left over from the mining process. Ramirez thinks it endangers the community and describes it as a "time bomb."

For generations, copper mining has been one of the main pillars of Chile's economy. The raw material is used for water pipes, electronic devices, coins and metal alloys, not just in Latin America but around the world. It's been a key catalyst for development in the country over the last decade, experts say.

Anglo American is one of the biggest multinational mining companies active in the country. Their five mines across Chile employ some 13,000 people, if you include both permanent and contracted staff. But, they are also the subject of a lot of criticism. 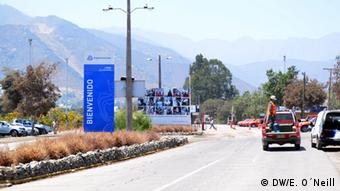 The main gates of the El Soldado mining site, near El Melon

"We extract natural resources, so there's an open pit, there are roads," says Marcelo Esquivel, a company spokesperson. "But we want our impact on the community to be a net positive. On the one hand, by mitigating our environmental impact, but also by paying taxes, creating employment for the community, and buying locally."

The company is currently facing charges for failing to comply with the requirements of its environmental authorization. The charges were formalized in September last year by the Superintendent of the Environment, a Chilean government agency formed last year to monitor companies' adherence to the country's environmental regulations.

If Anglo American is found guilty they could face fines of up to 3.67 million euros ($5 million) dollars and their environmental permit could be revoked.

The El Soldado Mine is located in a region of Chile where the endangered belloto tree grows. In 1995, the national government declared the tree, which is found only in Chile, a national treasure. As a result, Anglo American's environmental authorization includes the responsibility to plant new belloto trees when it cuts some down.

Company spokesperson Marcelo Esquivel says the belloto is actually better off thanks to Anglo American. The company has established a 1,000 hectare area for studying and preserving the belloto and other local plants. Even so, he recognizes that Anglo American is behind on its reforestation commitments.

"We accept the majority of the [Environment Superintendent's] charges," he says. "We want to resolve the issues in which we've gotten behind." 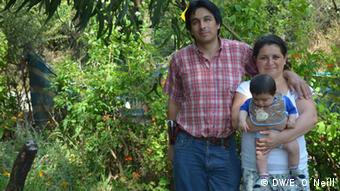 Jorge Ramirez with his family

But Cristobal Osorio, of the Superintendent of the Environment, says Anglo American did not present a compliance plan within the 10-day period allowed by law.

"Today it can be affirmed without any doubt that the Anglo American case will end in a sanction or in an absolution," says Osorio, "because the company did not present any compliance plan that could have suspended the disciplinary procedure."

Beyond the issue of reforestation, the charges also indicate that the water in several of the region's wells contain more sulfur than is allowed by law and that Anglo American has not taken necessary water management steps.

Sulfur makes the water smell and taste bad, and it can cause diarrhoea in vulnerable populations, such as infants. As a result, Jorge Ramirez buys all of his family's drinking water and only uses tap water for bathingand washing clothes.

But Ramirez is also concerned about his family's safety too. At lunch with his wife and six-month-old son, Ramirez says he worries about living so close to the El Soldado mine, because he thinks its tailings pit could collapse in event of a large earthquake. 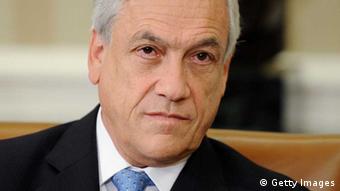 "If something happens, these mine tailings will make it all the way to the Concahua River, to Calera," he says. "In 2010, the earthquake was in southern Chile. If something had happened here, a spill, we'd all be dead."

Even though this has happened before in the area, company spokesperson Marcelo Esquivel says El Soldado's pit is perfectly secure and was not damaged in the 2010 quake.

But he admits local concern was justified and that Anglo American took the issue seriously. "We invited the community to visit the tailings pit and walk around the wall and see that everything was fine."

As the inquiry into Anglo American's environmental breaches make their way through Chile's justice system, the company is working hard to catch up on its commitments it says. Hopefully, for the communities in El Melon and surrounding villages, the improvements won't come too late.

The UN's highest court has created a new maritime boundary between Peru and Chile, ending a long-running dispute over fish-rich sea. Peru was handed a chunk of Pacific Ocean but Chile kept valuable coastal fishing areas. (27.01.2014)

Once neglected, now courted: Latin America is becoming increasingly important as a supplier of raw materials for German industry. China, Canada and the US are competitors in the race for natural resources. (15.04.2013)