Is Europe on track for its hottest March ever? | Environment| All topics from climate change to conservation | DW | 12.03.2014

Is Europe on track for its hottest March ever?

Parts of Germany are experiencing their warmest start to March ever. Much of Europe has also recorded higher than average temperatures. While many are thrilled to see the back of winter, is the heat a cause for concern? 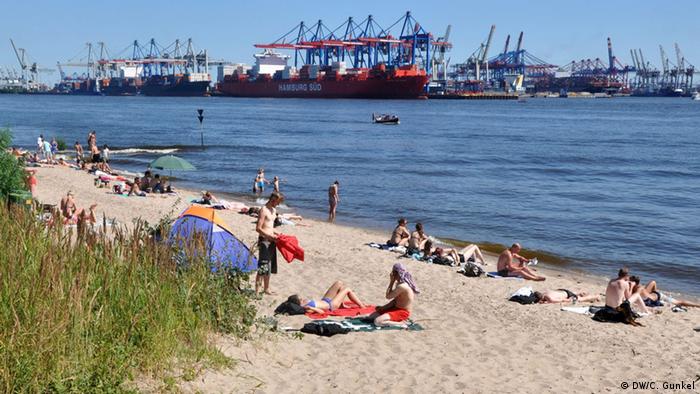 Central Europeans could be excused for thinking summer was just around the corner at the moment. Throughout this week Berlin, Hamburg and Munich have all enjoyed beach weather, meanwhile Paris recorded its warmest temperature for this time of year since 1880. Temperatures reached a sultry 21.6 degrees Celsius in the French capital.

And the mild temperatures show no sign of abating. For the remainder of the week temperatures in Central Europe are expected to remain two to three degrees above normal, according to Byron Drew, lead forecaster at MetraWeather in the UK. In north eastern Europe and Scandinavia it's expected to be four to five degrees hotter than average for this time of year.

But while the balmy conditions may seem like a sudden departure from the European winter for some of us, German Weather Service meteorologist Anna Wieczorek told DW it's nothing to be alarmed about. "It's not unusual, and even those record breaking temperatures aren't super new," she said. "These are normal fluctuations."

"There have been cases of 25 degrees Celsius being reached at other stations in March in previous years, which aren't considered to be exceptional weather events." 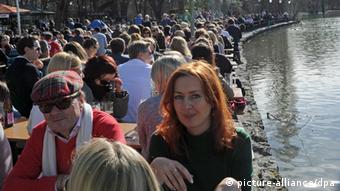 So why is it so unseasonably warm this year? The answer is simple, Wieczorek explains. The sky has been almost clear of clouds during the first half of March because of high pressure systems moving over Western Europe and the UK.

"The Sun's radiation, which is typical for the time of year, is basically allowed through unhindered," she says. "Because of that it's not unusual to see temperatures rise slightly above 20 degrees."

In addition, cyclone activity in the North Atlantic Ocean is blocking cold air from flowing over Western Europe, according to meteorologist Volker Ermert from the Institute of Geophysics and Meteorology at the University of Cologne. He says that the high temperatures in the first part of March are part of a long-term trend.

"Climate change is an ongoing process," he said. "Our projections are that the temperatures will increase up to three to four degrees in the next 100 years, and on the way to these temperatures there will be a lot of record-breaking weather events."

It's early days, but Ermert believes 2014 could be the warmest on record for Central Europe. "If you average it on a global scale then you find that we have the warmest temperatures year after year, so the last years were really warm in the atmosphere."

While North America struggled through extreme cold and snow this past winter, conditions in Europe were unusually mild. It could go down as one of the warmest winters in 250 years, according to Ermert. 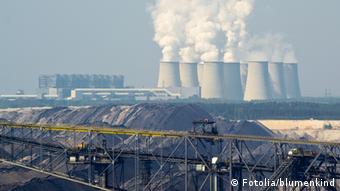 Germany is working to reduce its emissions of greenhouse gases, but it still is far from perfect

Sea level rises and changes in snow cover are some of the long term global implications of slight increases in temperature. But Ermert said he's also seen the effect of warmer weather in Cologne - this year lettuces grown as part of the University of Cologne's urban food project are being harvested several weeks earlier than usual.

"That's really strange for the beginning of March," he said. "These plants are really affected by these warm temperatures."

"I think this year is quite unusual."

The German Weather Service usually issues pollen forecasts in March or April, but this year they were put out as early as January. Ermert also warns that the mild winter and below average rainfall in central Europe has led to dry soil conditions and a higher danger of forest fires.

But Europeans shouldn't stow away their winter clothing just yet. Forecasters predict the balmy conditions in Europe and the UK will only last until the end of the week. Then there'll be a return to cooler temperatures as the usual cool air flow over the continent kicks in.

Anna Wieczorek from the German Weather Service says it's possible there will be another bout of warm weather before the month is over, although it's too early to say whether this March could be Germany's hottest on record.

A new UN report has warned the chances of limiting an increase in global temperature to two degrees Celcius this century are becoming increasingly slim. The news comes ahead of the body's annual climate talks next week. (05.11.2013)