A new UN report has warned the chances of limiting an increase in global temperature to two degrees Celsius this century are becoming increasingly slim. The news comes ahead of the body's annual climate talks next week. 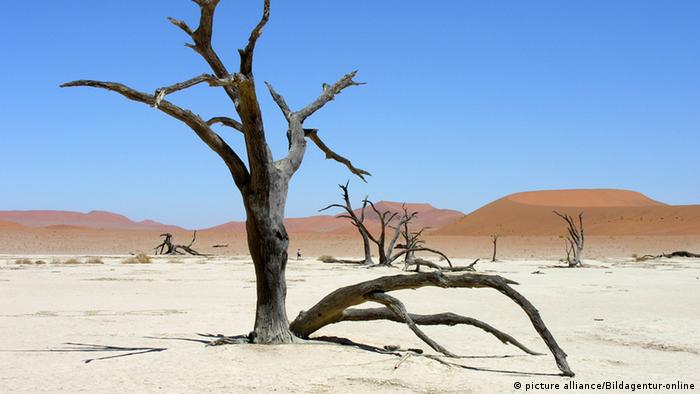 By 2020, emissions of so-called "carbon dioxide equivalents" will reach around 59 billion tons, The UN Environment Programme (UNEP) said in a report presented in Berlin on Tuesday. In order to achieve the two-degree goal, that number should not be more than 44 billion tons by 2020. By 2050, the amount of CO2 equivalents is expected to increase by another 22 billion tons.

"The window of opportunity of trying to meet this two-degree target threshold is, in a sense, becoming ever-more elusive," said UNEP Executive Director Achim Steiner.

Jochen Flasbarth, president of Germany's Federal Environment Agency called climate protection "the greatest global environmental problem," and urged nations to take the opportunity at the upcoming November 11-22 UN climate summit in Warsaw to work together towards an effective climate solution. Above all, Flasbarth said he was focusing on a "revitalization of [European Union] climate policy."

The report highlighted the agricultural sector as major area where emissions improvements could be made, saying it contributes 11 percent of global greenhouse gas emissions. Another important step, said Steiner, was boosting financial support for the implementation of renewable energy resources in developing countries.

"If Africa is by default forced to go down the fossil-fuel path, we are adding an entire China economy to the global carbon budget, to the global oil and gas markets, in just the next 20-30 years," said Steiner. China is the world's greatest emitter of CO2, followed by the USA and European Union.

He added that because the two-degree threshold looks progressively less attainable, more-expensive, difficult and riskier steps will have to be taken in the future to curb the effects of global warming.

"The minute we have to begin to deploy technologies that the market simply cannot sustain, it is the taxpayer who will have to step in," Steiner said.

UNEP's "Emissions Gap Report" was compiled by 44 scientific teams from 17 countries and was also presented in Brussels and Rio de Janeiro on Tuesday.