Austrian Defense Minister Hans-Peter Doskozil has called for new measures to slow the flow of migrants into Austria. The plan puts special emphasis on the border with Slovakia. 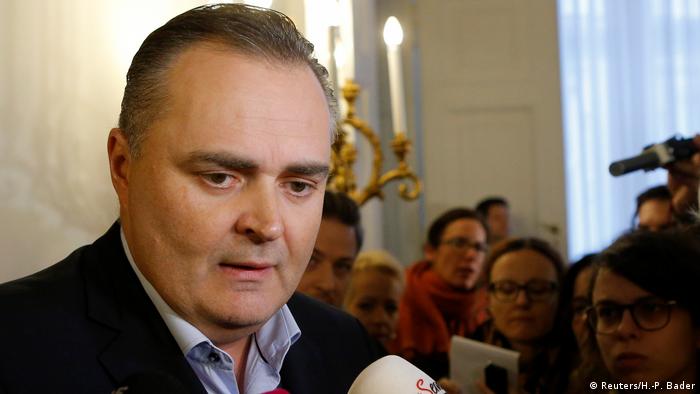 Doskozil and Interior Minister Wolfgang Sobotka outlined several new measures on Wednesday meant to tighten border controls in an effort to further slow the stream of migrants into Austria.

The defense minister, pictured above, told the online version of daily newspaper "Kurier" that security needed to be tightened along specific parts of the border. "I'm recognizing a trend here that the smugglers are now using Slovakia," Doskozil said.

He said 299 migrants have been intercepted so far this year while trying to cross into Austria from Slovakia. That's in comparison with the 174 who were caught attempting to cross the border with Hungary. Doskozil added that 282 asylum seekers who were caught this year trying to cross into Tyrol state were sent back to Italy. "There were only 25 asylum claims in Tyrol. Here the sending-back [of migrants] to Italy is working," he said. Doskozil and Sobotka also said that many of the migrants are entering Austria by train, and called for stricter controls on rail routes along the border. They told "Kurier" that 100 soldiers could be deployed to help with this process.

The pair is planning to present the package of new measures in 10 days.

Austria will hold a meeting on February 8 for interior and defense ministers from across Central Europe. Among the topics the ministers will discuss are border controls along the "Balkan Route," which Austria was instrumental in blocking off in order to prevent migrants from crossing into the EU.

The Austrian government received some 90,000 asylum applications in 2015, leading some officials to call for stricter border measures.

Vienna's Habibi & Hawara restaurant employs a dozen mainly Syrian refugees. But it's not just a job: The goal is to teach newcomers how to run a company in Austria, reports Matteo Tacconi. (22.10.2016)