Police are recommending charges against seven Bulgarians and one Afghan over the deaths of 71 migrants in August 2015. The refugees suffocated while being transported in a container truck at the Austrian border. 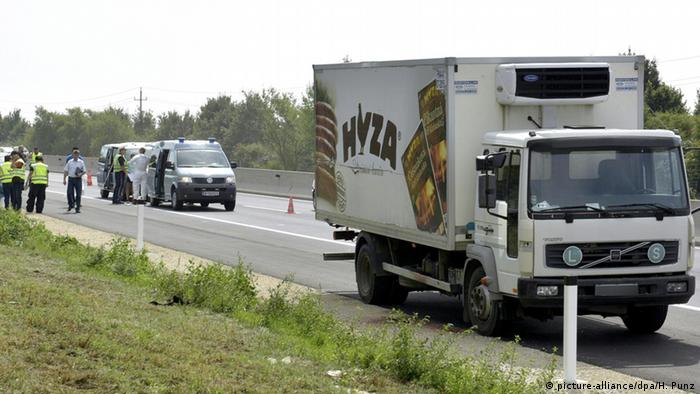 "The investigation has been completed," Zoltan Boross, head of the police anti-human trafficking unit told reporters in Budapest on Wednesday. "Police will recommend to prosecutors that they press charges against eight suspects," he said.

"The perpetrators knew by the time they crossed the Hungarian-Austrian border that the passengers were dead," Boross said.

Officials arrested one Afghan and seven Bulgarians in connection with the incident. Four were accused of manslaughter, while the other four could face charges linked with organized human smuggling, he said. Three more suspects absconded.

On August 27, 2015, a truck with the decomposing bodies of 71 people was found in Austria's Burgenland state, close to the Hungarian border. The victims, mostly migrants from Syria, Afghanistan and Iraq, had been picked up from Hungary and were being transported to Austria.

Afraid of being spotted by police, the smugglers did not allow the refugees to open the vehicle's doors. No other means of ventilation was provided, resulting in asphyxiation and death. The victims included a baby girl, less than a year old.

The case was taken over by the Hungarian government last November after autopsy results showed the men, women, and children died of lack of oxygen when the lorry was still in Hungary. 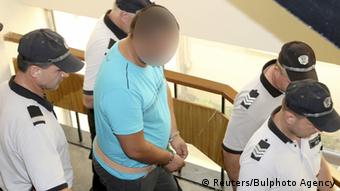 One of the suspects, Tsvetan Tsvetanov at his trial in Bulgaria last year

Speaking in Budapest on Wednesday, Robert Crepinko of the European police agency Europol said, the incident was a "tragic example of how ruthless the criminals are. We see a number of criminal gangs operating across Europe making their profits regardless of risks put on migrants' lives".

The gang involved in this particular incident was based in Budapest and had more than 15 vehicles to transport refugees travelling from Europe through the Balkans to reach Western Europe. The group had smuggled more than 1,000 people from Hungary into Austria since February 2015, demanding 1,000- 1,500 euros from each person.