Austrian Interior Minister Wolfgang Sobotka has called on the European Union to strengthen its defenses against displaced people. He told a German newspaper that he wants stronger borders and more deportations. 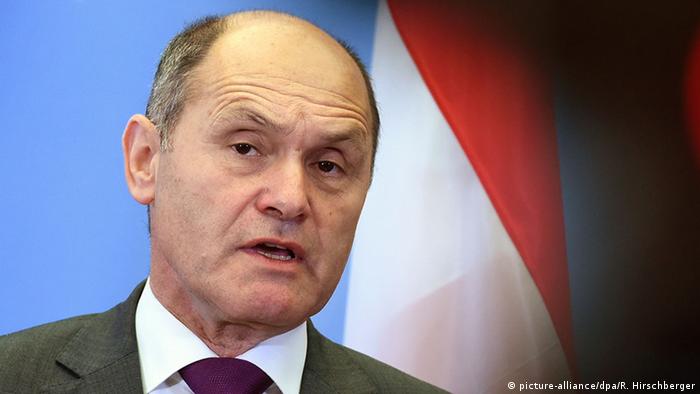 In an interview with Germany's Die Welt newspaper published on Thursday, Austrian Interior Minister Wolfgang Sobotka called on the European Union to increase measures to prevent displaced people from reaching the bloc. Sobotka, of the right-wing Austrian People's Party, also called on EU members to speed up the deportations of people whose asylum applications have been rejected.

"The expansion of Frontex is a first step in the right direction, but more must follow it in order to be able to protect the EU's external borders," Sobotka told Die Welt, referring to the European Union's patrols of the Mediterranean Sea. "We have a paradoxical situation here in that people ineligible for asylum cannot be deported back to their countries of origin," he said.

Austria has previously come under fire for threatening to suspend Schengen commitments and reinstate checks on its border with Italy. Though German officials criticized the notion, just a year ago checks were reimposed on the frontier with Austria.

Sobotka gave the interview to Die Welt ahead of Thursday's EU interior ministers' meeting in Luxembourg. He told the German newspaper that people would not stop coming if the European Union continued to allow them to apply for asylum after "rescuing" them from boats on the Mediterranean Sea.

The ministers plan to discuss the European Union's detention and deportation deals with "third countries," or non-EU states that are also not refugees' nations of origin, including possible arrangements with governments in Africa. They could also discuss the European Union's plans to parcel people granted asylum among its member states. Countries that refuse to do so could be hit with financial penalties.

Also on the agenda will be Greece, a country left financially hobbled by its EU and international creditors and a main point of entry into the European Union for displaced people. Critics say Greece has too few "hot spots," where displaced people are registered and accommodated while decisions on their eligibility for asylum are made.