Austrian lawmakers have rejected an EU-Mercosur trade deal, putting the fate of the project in doubt. Several European states have raised concerns about the South American trade agreement and the environment. 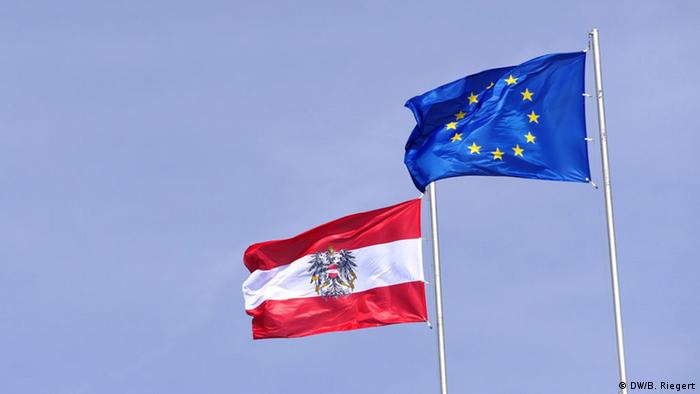 A free trade pact between the European Union and four South American countries was thrown further into doubt on Wednesday after the Austrian parliament rejected the deal.

Representatives from four out of five of the main parties in the Austrian parliament's EU subcommittee voted against the EU-Mercosur free trade agreement.

Lawmaker Jörg Leichtfried of the Social Democratic Party (SPÖ), which brought the motion to a vote, outlined his party's concerns in a Facebook post.

"In times of the climate crisis, having more products cross the sea that we can produce here in Europe is the absolutely wrong path," he wrote shortly before the vote, later tweeting his pleasure that the veto had been approved.

The cross-party agreement to vote against the trade deal may also be a way of politicians seeking support from voters, as elections are coming up. According to the Krone Zeitung, 78% of Austrians wanted the pact to be thrown out.

Former Agriculture Minister Elisabeth Köstinger of the center-right governing Austrian People's Party (ÖVP) said this is a "clear mandate for the responsible ministers" to reject the agreement at the EU level.

Under Austrian law, the government is obliged to follow the decision of the subcommittee at the EU level, where according to rules all 28 member states must agree to trade deals.

The motion to reject the pact found support from all parties except for the minority liberal party NEOS. The approval of the ÖVP was unexpected, as it had criticized a veto of the pact previously.

SPÖ's Leichtfried described the decision afterwards as "a great success for consumer, environmental and animal protection as well as human rights."

The trade agreement, reached last June after almost a decade of negotiations, was already in doubt due to concerns over fires in the Amazon rainforest and the politics of Brazilian President Jair Bolsonaro.

France, Ireland and Luxembourg have also suggested the trade deal may be put on hold over environmental concerns in the Amazon.