The European Union and the Mercosur bloc of South American countries have agreed on the draft text of a free-trade deal. Both sides have been negotiating the agreement for almost 20 years. 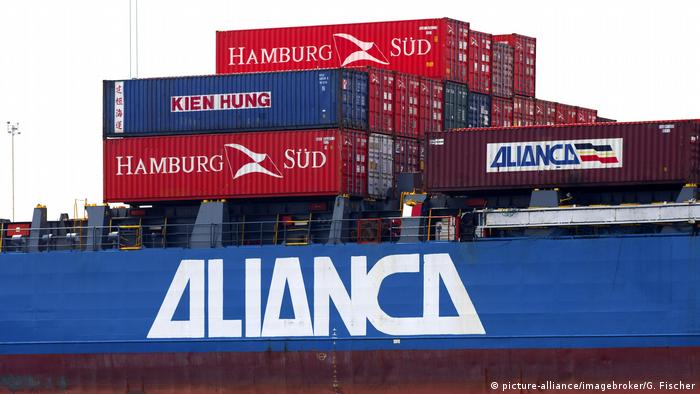 He said the historic deal was "sending a strong signal," calling it the "largest trade agreement the EU has ever concluded."

Representatives from both sides have have been putting the final touches on the treaty's wording in Brussels since Wednesday. The announcement comes after 39 rounds of negotiations that began in 2000.

Talks intensified after Donald Trump was elected president of the United States on a protectionist platform. That forced the EU halt talks with the US and look elsewhere to shore up trade partnerships. The EU has recently signed trade agreements with Canada, Mexico, and Japan.

Brazilian President Jair Bolsonaro tweeted on the historic nature of the agreement from the G20 summit in Japan, writing, "This will be one of the most important trade agreements of all time and will bring enormous benefits to our economy."

European Trade Commissioner Cecelia Malmstrom has called the deal her top priority. The treaty must now be approved by the European Parliament and individual member states.

That could prove contentious. Some countries, such as France, fear a flood of South American beef on European markets. Environmental groups, who now hold greater sway in the new European Parliament also fear the deal could fuel further deforestation in South America.