Brazil's economy minister has said the country could leave the trade bloc if Argentina's opposition wins presidential elections later this year. He also questioned how dependent Brazil's economy was on Argentina. 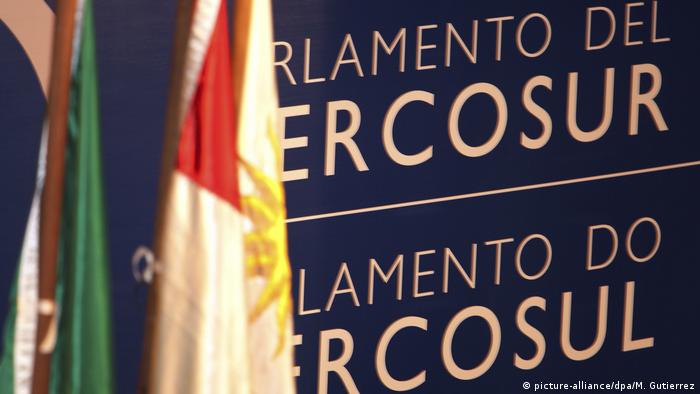 If Argentina's center-left opposition wins the presidential elections and closes its economy with protectionist policies, Brazil will pull out of Mercosur, Economy Minister Paulo Guedes said on Thursday. 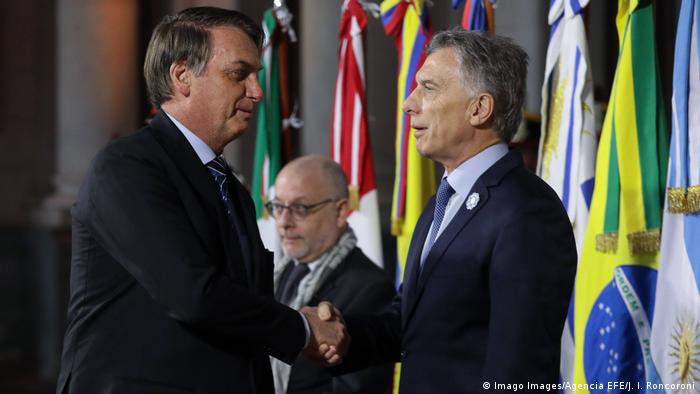 Bolsonaro and Macri have assured Brazil and Argentina remain committed trade partners, but for how much longer?

"We cannot get hung up on the crisis in Argentina," Guedes said at an event in Sao Paolo hosted by Santander bank. "Of course Mercosur is a vehicle for Brazil's integration into international trade. But what if Kirchner wants to come and close their economy?"

If that happens, he added, Brazil "will leave Mercosur."

Brazil and Argentina, along with Uruguay and Paraguay, make up the Mercosur trade bloc. Bolsonaro and Macri recently helped Mercosur sign one of the world's biggest free trade deals with the European Union after 20 years of negotiations. Both of their respective governments have expressed interest in signing a similar agreement with the United States.

Guedes also questioned how economically reliant Brazil was on Argentina. Macri's setback at the polls was largely attributed to the country's recession, high inflation and unemployment.

"Foreign trade is a warning sign, but our main concern is internal," Guedes said. "Brazil is a continental economy, and we need to recover our own growth momentum. We are not so dependent on others."

Were Macri to retain power, he added, it would help to open markets thanks to the "excellent chemistry" between the Argentinian president, Bolsonaro and US President Donald Trump.

Bolsonaro has said that if his political ally is defeated, and the Argentinian left returns to power, it could unleash a wave of Argentinian migration to Brazil.