An election that was a litmus test for the October presidential election has dealt a blow to President Mauricio Macri. Argentines sent a resounding message of rejection of Macri's handling of the country's economy. 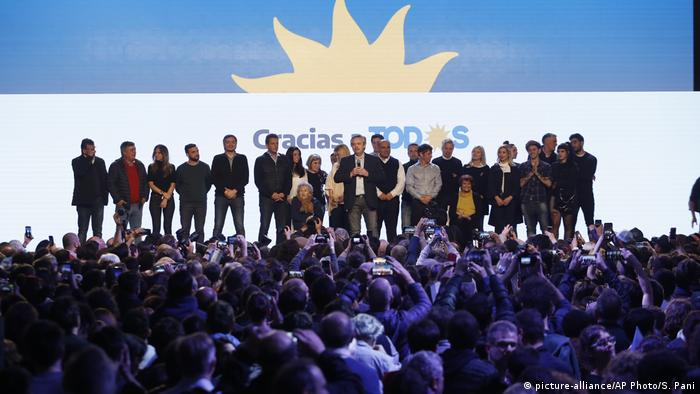 Voters in Argentina have cast doubt on President Mauricio Macri's chances of re-election by backing his opponent by a wide margin in a primary vote, early official results showed on Sunday.

Since all major parties have already selected their presidential candidates and political parties hold their primaries simultaneously, the vote served as a pre-election opinion poll to gauge how candidates will fare in the presidential election of October 27 and the potential November 24 run-off. Voting is obligatory in Argentina.

The result boosted the chances of former President Cristina Fernandez, who is running to be vice president to Macri's rival, of returning to the halls of power in Buenos Aires.

With 87% of polling station results counted, Macri's center-left rival Alberto Fernandez led with 47.5% of the vote, followed by Macri, who garnered a little more than 32%.

If Fernandez were to obtain such a result in October's presidential election, he would become president, as Argentina's electoral law dictates that 45% is enough for an outright victory, avoiding a run-off.

Fernandez can also avoid a run-off if he wins with 40% with a lead of at least 10 percentage points over his closest challengers.

"Recognizing that we have had a bad election, that forces us, starting tomorrow, to redouble our efforts so that in October we will get the support that is needed to continue the change," Macri said. 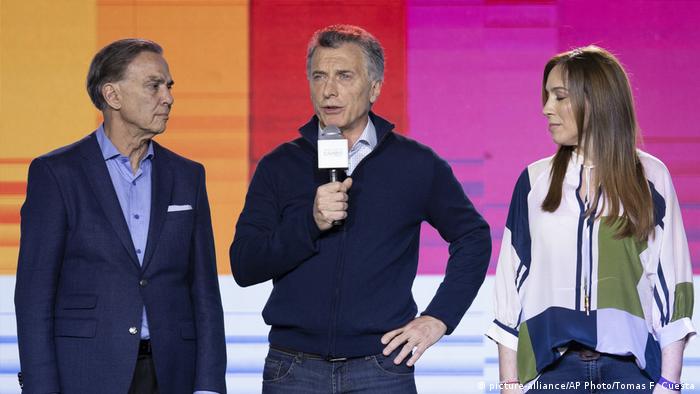 The pro-business Macri has the support of financial markets and of the US, but his popularity at home has been tarnished by a deep economic crisis.

Argentina is currently in recession. Last year, inflation hit 50% and the peso lost half of its value against the dollar.

To cope, Macri approved a lending package from the International Monetary Fund (IMF) that totaled upward of $55 billion ($49 billion), but in exchange he instituted a sweeping program of government spending cuts that was deeply unpopular.

The Argentine president said he was taking the necessary and painful steps to get the economy going after 12 years of populist policies under former President Cristina Fernandez and her predecessor and late husband, Nestor Kirchner.

But many in Argentina have a negative view of the IMF and austerity policies, which they blamed for the country's worst economic crisis in 2001.

Alberto and Cristina Fernandez, who are not related despite sharing the same surname, have blamed Macri for a rise in poverty and unemployment.

Their center-left ticket has promised access to free medicines for retirees and better wages for workers, among other benefits.

"We always fixed problems that others generated. We are going to do it once again," said Alberto Fernandez, who was Cristina Fernandez's chief of staff during her initial term in 2007-2011.

But Cristina Fernandez's image has been tainted by a series of trials for corruption during her troubled 2007-2015 administration. She has denied the accusations, but it remains to be seen if her past legal troubles could put a dent in the center-left ticket going forward.

Flights, trains and buses across Argentina came to a halt as labor unions protested the policies of Mauricio Macri. The president's popularity has plummeted ahead of an election later this year. (30.05.2019)