China has not given a reason for the detention of Cheng Lei, a high-profile anchor with state broadcaster CGTN. Cheng, who has been openly critical of President Xi Jinping, has been held since at least August 14. 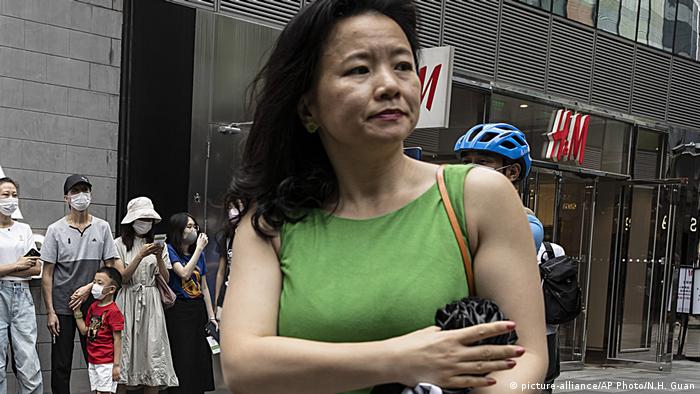 The Chinese-born Australian journalist detained without charge in China is a high-profile anchor for CGTN, China's English-language state broadcaster, the Australian government said.

Cheng Lei has been held since at least August 14 without charge and with no reason being given for her detention. Australian officials were granted a consular visit via video with Cheng at a detention facility last Thursday, and officials will continue to provide assistance and support to her and her family, Foreign Minister Marise Payne said in a statement.

Australian authorities have said they do not know why she was detained.

Cheng has not been charged, but is being held under what is called "residential surveillance at a designated location," Australian media reported on Tuesday.

In such a form of detention, investigators can imprison and question a suspect for up to six months without a formal arrest.

"Our concerns for Ms. Cheng are genuine and real," Australian Trade Minister Simon Birmingham told Australia's ABC News as calls mounted for her to be freed. "We will continue ... to work as best we can in providing her and her family with assistance through what is no doubt a stressful and difficult time for them,'' he added.

The Committee to Protect Journalists said Chinese authorities should "disclose their reasons for holding" her or "release her immediately."

The case is the latest to affect relations between the two countries, which have recently soured over trade, security concerns over Chinese technology and Australia's push for an investigation into the origins of the coronavirus.

Cheng's two young children are staying with family members in Melbourne. "As a family, we are aware of the current situation with regard to Cheng Lei's status as advised by the Department of Foreign Affairs and Trade," the family said in a statement. "In China, due process will be observed."

Cheng, an anchor for CGTN's BizAsia program, was born in China and worked in finance in Australia before returning to China and starting a career in journalism with CCTV in Beijing in 2003.

The detention of Cheng, who has conducted interviews with international CEOs, has also sent shock waves through China's foreign journalist community. Her biography page has also been pulled from CGTN's website.

Although the cause of her detention was not immediately known, she has written a number of Facebook posts critical of Chinese President Xi Jinping and the Chinese government's approach to the coronavirus outbreak.

Cheng also praised a censored interview with Dr. Ai Fen, who sounded an early alarm on the coronavirus in Wuhan.

Australia warned its citizens in July of a risk of arbitrary detention in China, but Beijing dismissed the warning as disinformation.

China has detained Chinese-Australian novelist Yang Hengjun since January 2019, and charged him with espionage in March. Meanwhile, Australian Karm Gilespie was sentenced to death in China in June, seven years after he was arrested and charged with attempting to board an international flight with methamphetamine. Some critics have said the sentence was too severe and was related to the bilateral rift.