Australia says it's been target of cyberattacks from state actor

Australia's government and private sector are being targeted in large-scale sophisticated cyber attacks by a foreign entity, the country's Prime Minister Scott Morrison has said, but declined to name the actor. 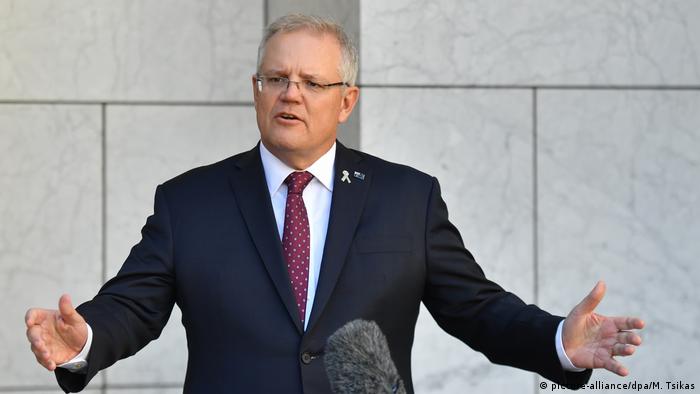 Australian Prime Minister Scott Morrison on Friday said his country was under a broad cyberattack from a "state-based actor" targeting government, public services and businesses. He declined to name the actor, but said he made the growing threat public to raise awareness.

"This activity is targeting Australian organizations across a range of sectors, including all levels of government, industry, political organizations, education, health, essential service providers and operators of other critical infrastructure,'' he said at a hastily organized press conference in the capital Canberra.

Although the threat was constant, the frequency of attacks had increased "over many months.''

Morrison would not comment on the inevitable speculation that the cyberattacks were part of Australia's increasingly hostile rift with China.

Australia enraged China by calling for an investigation into the origins of the coronavirus pandemic and accusing China of fueling a virus "infodemic" and engaging in economic "coercion."

China — increasingly unwilling to tolerate criticism of its more aggressive foreign policies — has warned its students and tourists against going to Australia. Beijing has also recently slapped trade sanctions on Australian products.

Morrison said that he had notified the leader of the opposition and state leaders of the cyberattacks, which he described as "malicious."

News Corp reported that Foreign Minister Marise Payne had urged "all Australian organizations" to tighten their cyber security measures, including the relatively simple step of updating their software to block malicious entry.