Two journalists have arrived in Australia after spending days sheltering in diplomatic missions. Chinese authorities had sought to question them about a "national security case" likely tied to a fellow journalist's case 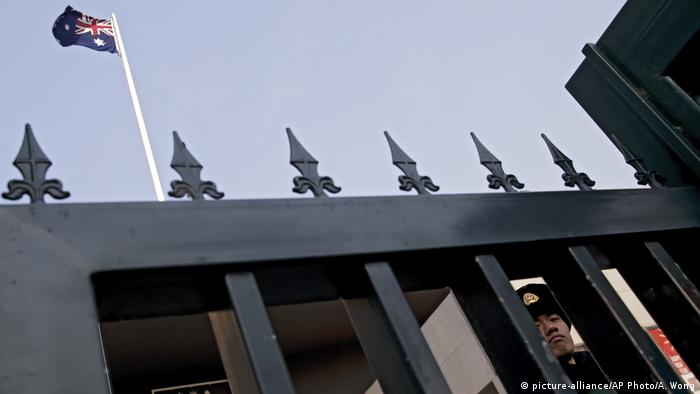 However, the day before his scheduled departure, Chinese police visited his residence and informed him that he was banned from traveling until he spoke with authorities about a "national security case."

Fellow Australian journalist Michael Smith of the Australian Financial Review (AFR) had a similar encounter that same evening. Both journalists were initially asked about Cheng, who remains detained without charge.

"Our embassy in Beijing and Consulate-General in Shanghai engaged with Chinese Government authorities to ensure their wellbeing and return to Australia," said Australian Foreign Minister Marise Payne in a statement.

ABC and AFR both condemned the pressure placed on both journalists, saying it undermined already-tense relations between Australia and China.

"This incident targeting two journalists, who were going about their normal reporting duties, is both regrettable and disturbing and is not in the interests of a cooperative relationship between Australia and China," said AFR editor-in-chief Michael Stutchbury and editor Paul Bailey.

Over the past two years, Australian-Chinese relations have deteriorated over allegations that Beijing was asserting political and economic influence within Australia, including in political circles.