Asylum seeker ruling ′clears way for deportation of Australia-born babies′ | Asia| An in-depth look at news from across the continent | DW | 03.02.2016

Australia's High Court has upheld Canberra's right to detain asylum seekers offshore. Hugh de Kretser, from the Human Rights Law Centre, which represented the plaintiff in the court case, talks about the implications. 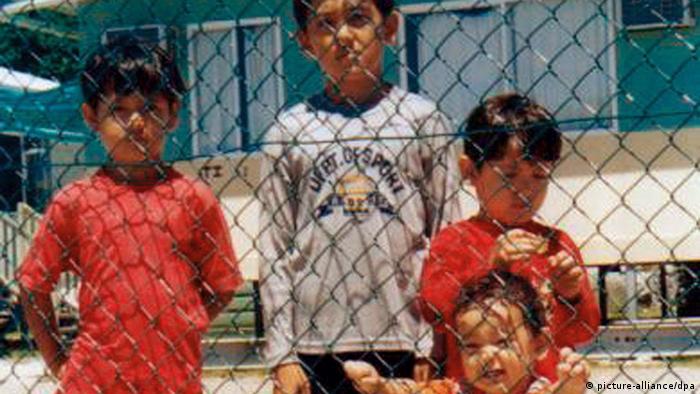 At the center of the court case was a Bangladeshi woman, who was on a boat intercepted by Australian authorities in October 2013. She was detained on Australia's remote Christmas Island and later sent to Nauru. In 2014, she was sent to Australia to seek medical treatment for health problems in the final stages of her pregnancy. After her baby's birth in Australia she challenged Canberra's right to deport detained asylum seekers back to Nauru.

But Australia's High Court ruled that the woman's detention on Nauru was not unlawful as it had been authorized under Australian migration laws, and that the offshore processing deal with Nauru was valid under the constitution. Now she, her one-year-old child, and many others face being returned to the Pacific island on a 72-hours' notice. UNICEF Australia reacted by saying the ruling has "no bearing on Australia's moral responsibility or its obligations to protect the rights of children in accordance with international human rights law."

Canberra has been facing growing international scrutiny over its tough asylum policy. The conservative government has been turning back boats carrying potential refugees or detaining all asylum seekers who arrive by boat, holding them in offshore detention centers on the impoverished remote island nation of Nauru and on Manus Island, Papua New Guinea - a measure designed to serve as a deterrent. Those found to be refugees are denied resettlement in Australia. 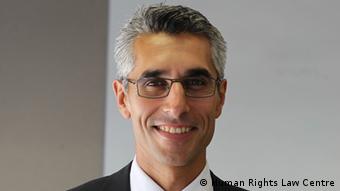 De Kretser: 'Our client just wants what any mother wants - a decent life for her child somewhere safe'

In a DW interview, Hugh de Kretser, the executive director of the Human Rights Law Centre (HRLC) - an Australia-based legal advocacy which took the woman's case - explains what the court's ruling means for his client, hundreds of other asylum seekers in a similar situation, and their Australia-born babies.

DW: What exactly was the case about?

Hugh de Kretser: Australia has responded to the arrival of people seeking asylum in boats with increasingly harsh and cruel measures aimed at deterring others from attempting the boat journey.

Under Australian law, people seeking asylum who arrive by boat, including children, must be sent to either Manus Island in Papua New Guinea, or Nauru where they are detained indefinitely while their refugee claims are processed. The intent is that they resettle in Nauru or Papua New Guinea or in Cambodia - Australia did a deal with Cambodia to accept refugees from Nauru. Australian policy is that they will not be allowed to settle in Australia.

The conditions in the detention centers on Manus Island and Nauru are extremely poor. The few UN and human rights agencies allowed to inspect the processing centers have confirmed that the environment is unsafe, inhumane and unfit for children and there have been numerous incidents of sexual and physical abuse. On Manus Island, one man was beaten to death by workers and many others seriously injured. Access for monitoring agencies and journalists is extremely limited or impossible.

Our case concerned over 260 people previously detained on Nauru and Manus Island who were brought back to Australia for medical treatment. In the group are 37 babies born in Australia, 54 other children and around 15 women who report being sexually assaulted and harassed on Nauru. Most are being detained indefinitely in Australian detention centers. Some have been allowed to live in the Australian community. Some children are attending local schools, escorted by guards from the detention center.

The woman bringing the case, on behalf of this group, is a Bangladeshi woman who had medical complications during her pregnancy on Nauru and was brought to Australia to give birth. The case argued that the Australian government did not have the legal authority to run and fund the offshore detention center in Nauru and sought to stop the Australian government from sending her and her family back there.

How did you argue that the Bangladeshi asylum seeker should remain in Australia?

We argued that Australia's actions were not authorized under Australian law. In response to the case, the Australian government rushed legislation through Parliament that expressly said it had the power to detain people in the territory of other nations and that retrospectively made lawful any conduct over the previous three years that was otherwise unlawful. The case then focused on whether that law and Australia's conduct was valid under the Australian constitution.

On what grounds did the Australian High Court reject the legal challenge?

What does the court's decision mean for your client and future similar cases?

Our client just wants what any mother wants - a decent life for her child somewhere safe. She now faces the prospect of being forcibly returned to Nauru - to an environment we know is harmful. More than 260 extremely vulnerable people, including 36 other babies, are in the same position.So the ruling clears the way for the deportation of babies born in Australia and their families.

What sort of future awaits her on Nauru? 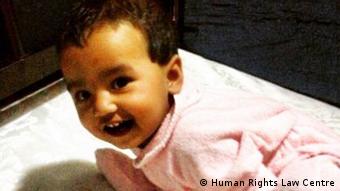 The Bangladeshi plaintiff, her one-year-old child (seen here) and many other asylum seekers, face being returned to Nauru on a 72-hours' notice

Australia is effectively indefinitely warehousing vulnerable people on Nauru. Nauru is a tiny island the size of Melbourne airport with a population of just 10,000. It has little or no economy outside of the Australian-funded processing center. There is no future for refugees on Nauru.

Is the Australian government planning any measures to improve the living conditions of asylum seekers on Nauru?

Improvements are being made - for example, the detention center was made an open center just before the hearing of our case - but they are not changing the fundamentally harmful nature of conditions on Nauru. Amongst other things, there is increasing evidence emerging of the risks of sexual assault of women on Nauru.

Is the court's decision final?

There is no appeal from the High Court of Australia. The focus is no longer on legality, it is on morality. The prime minister should show some compassion and allow these people to rebuild their lives in Australia.

Australia's top court has thrown out a suit brought by a refugee against its remote migrant detention centers. Hundreds of refugees now face deportation back to the island of Nauru in the south Pacific. (03.02.2016)