Military and logistic support from Turkey was the key factor in extremists' takeover of Idlib, Syrian President Bashar al-Assad has said. He has also blamed Ankara for the failure of a UN ceasefire plan in Aleppo. 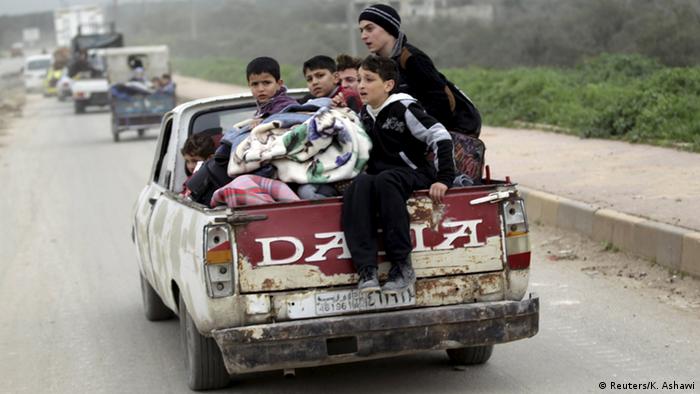 The Syrian city of Idlib, near the Turkish border, was captured last month by an Islamic coalition which included al Qaeda-associated Nusra Front.

In an interview for Swedish newspaper Expressen published on Friday, Assad also commented on the upcoming effort by United Nations envoy Staffan de Mistura, who intends to prepare a new round of peace talks by consulting the interested parties.

Referring to Turkey and other countries hostile to the Syrian regime, Assad said de Mistura was aware that if "he couldn't convince these countries to stop supporting the terrorists and let the Syrians solve their problem, he will not succeed".

Accusations 'not to be taken seriously'

"The Turks told the factions - the terrorists that they support and they supervise - to refuse to cooperate with de Mistura," he said.

Rebel groups in Aleppo decided not to accept the proposal on March 1, saying that the truce needed to cover other Syrian cities.

Turkish foreign ministry spokesman Tanju Bilgic, asked to comment by news agency Reuters, said: "Claims that armed forces coming from Turkey have participated in the Idlib offensive do not reflect the truth. This is out of the question. These are baseless allegations originated by the Syrian regime which should not be taken seriously."

Although troops loyal to Assad hold most of Syria's population centers and key areas, the army is partially relying on pro-Iranian militias and Hezbollah fighters to keep their advantage.

The "Islamic State" extremist group is controlling areas in east and northeast of the country, having seized them from other rebel groups. There are also region in the far south and near Damascus that remain outside government control.

Although the United States is conducting airstrikes against "Islamic State" targets, also in Syria, they have decided not form an alliance with the Assad's regime.

Many of the militiamen fighting for the Islamist groups in Syria come from Western countries.

In his interview, President Assad said that Syria is a "fault line" and that conflict in that country could trigger repercussions as far as Europe.

"As long as the backyard of Europe, especially the Mediterranean and Northern Africa, is in chaos and full of terrorists, Europe cannot be safe," he said.