Germany's federal public prosecutor is investigating reports that German jihadists were involved in torturing hostages of the "Islamic State" group, reports say. The claims are based on the claims of an ex-IS prisoner. 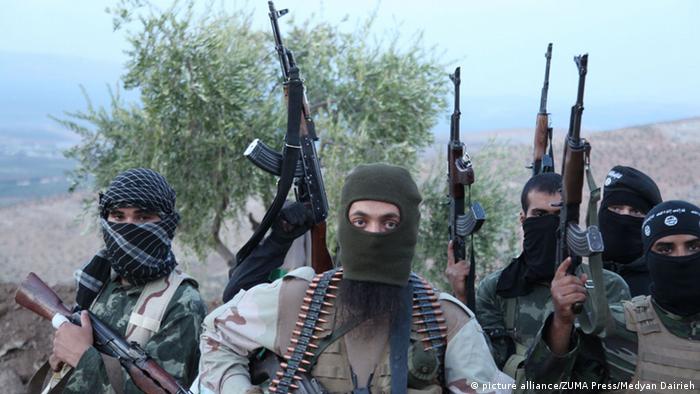 Radical German islamists are operating as both guards in torture prisons of the "Islamic State" (IS) militant group, and active torturers themselves, according to German media reports on Thursday.

The German federal public prosecutor is investigating these claims, according to a joint investigation by the Süddeutsche Zeitung newspaper and public broadcasters NDR and WDR. They say there is a suspicion extremist German citizens worked in IS prisons, where encarcerated US, British and Japanese nationals spent time before being beheaded.

The information is being reported as coming from a 27-year-old German, who himself spent time in various IS jails, but was freed last June in mysterious circumstances.

According to the reports, the man was interrogated by German federal terrorism experts, where he is said to have given detailed information. He told investigators that during his prison term of almost a year, he got to know many hostages who were later executed - including US citizens James Foley and Steven Sotloff.

The man also said he witnessed the execution of a female hostage, who was shot, and had an encounter with the executioner known as "Jihadi John" - the Kuwait-born, London-raised Mohammed Emwazi. Emwazi was identified in late February as the balaclava-clad "Islamic State" (IS) spokesman with a British accent, who appears to be the killer in the group's gruesome videos depicting the beheadings of several hostages.

According to the investigations, one of the alleged torturers was a pizza delivery boy named Phillip from the city of Dinslaken in the western German state of North Rhine-Westphalia, who traveled to Syria in 2013 after converting to Islam and died later in a suicide attack in Iraq.

The federal prosecutor has refused to comment on the matter, citing the ongoing investigation.

One of the men who traveled with Mohammed Emwazi to try and join al-Shabab in Somalia has been identified. The young man from Düsseldorf was later arrested when he was discovered with a counterfeit ID. (08.03.2015)

The diminished jihadi militia group has released an audio statement acknowledging its leader's death last month at the hands of the US. Its new "emir" will be third to lead the outfit since it was founded in 2014.

Armies in Mali and Burkina Faso have killed more civilians than jihadi extremists. The ruling military juntas in the two countries in West Africa's Sahel region are unable to keep the peace.