The warring countries held high-level talks in Moscow, looking to end the conflict in the contested region. Turkey and Azerbaijan expressed doubts over their success. 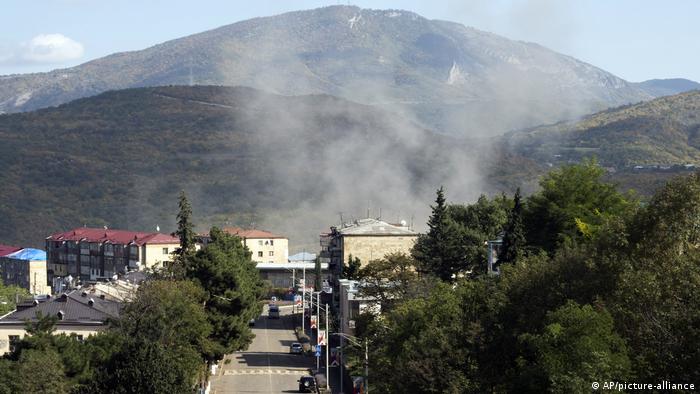 UPDATE: Early Saturday morning, Armenia and Azerbaijan said that they had agreed to a ceasefire in Nagorno-Karabakh starting at noon Saturday, read the full story here.

Previously, representatives of Baku and Yerevan met in the Russian capital Moscow on Friday a bid to resolveviolent clashes over the disputed Nagorno-Karabakh region.

Russian foreign ministry spokeswoman Maria Zakharova announced the start of the talks on Facebook, posting a picture of the foreign ministers of Russia, Armenia and Azerbaijan sitting at a round table.

Russia, which announced the talks on Thursday, is acting as mediator in the discussions, which will seek to agree on a cessation of hostilities in the Nagorno-Karabakh and exchanges of bodies and prisoners of war.

De jure, the contested region lies in Azerbaijan, but de facto it has been under control of ethnic Armenian forces backed by Armenia since the end of a separatist war in 1994.

More than 400 people have been killed in the latest bout of fighting, that broke out on September 27. The conflict is straining ties between Turkey, a close ally of Azerbaijan, and Russia, which has a defense pact with Armenia. 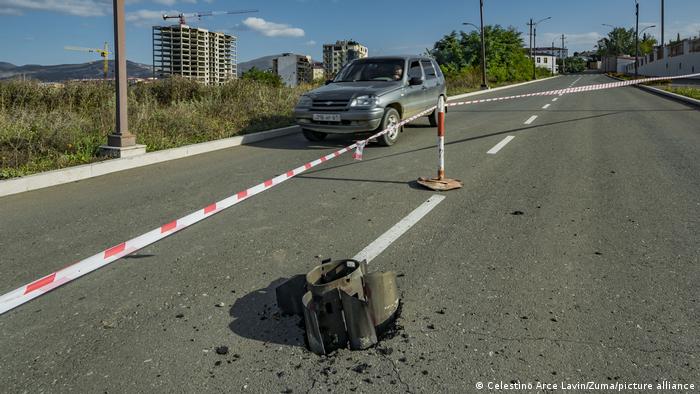 Clashes continued between separatist and the Azerbaijani forces continued on Friday, despite international calls for a ceasefire

As the talks got underway, Azerbaijan's President Ilham Aliyev issued a defiant address on domestic television, saying that his country's advance on the Armenian-controlled territory was working.

"Mediators and leaders of some international organizations have stated that there is no military solution to the conflict," Aliyev said. "I have disagreed with this thesis, and I have been [proven] right. The conflict is now being settled by military means and political means will come next."

Aliyev went on to assert: "We are giving Armenia a chance to settle the conflict peacefully. This is their last chance."

The Azeri leader said he was not willing to make concessions to Armenia and no other country could influence Baku's will in the conflict. He said there could be no talks if Armenia continued to insist that the Nagorno-Karabakh was part of Armenian territory.

Ankara also claims to want a diplomatic solution, but only on terms that suit Turkey and Baku, saying only an Armenian withdrawal from the region would lead to a breakthrough. 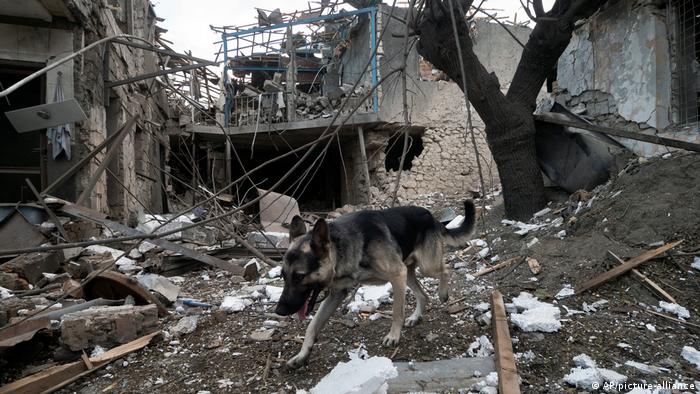 Clashes along the contact line that divides the two sides continued on Friday, despite renewed calls for a ceasefire from Russia as well as talks in Geneva with French, US and Russian envoys on Thursday.

Azerbaijan's defense ministry reported Armenian attacks in several towns in the Karabakh region on Friday, with Armenia disputing the claims. Meanwhile, Stepanakert, the city ethnic Armenians in Nagorno-Karabakh consider the capital of an independent state, was shelled, according to the enclave's defense ministry.

UN human rights commissioner Michelle Bachelet called for an urgent ceasefire on Friday as she said that 53 civilians, including children, had been killed amid the fighting so far, reported the German press agency, citing sources.

A deeper dive into the gray market has meant that Russians continue to have access to goods like iPhones and Zara dresses even months after their Western makers left Russia. But are these parallel imports even legal?