Argentina arrests 12 'anarchists' in bomb attacks ahead of G20

The arrests came after one bomb exploded in Buenos Aires and another was thrown at a judge's home. Authorities say security is at "maximum alert" in order to avoid disturbances to the upcoming G20 summit. 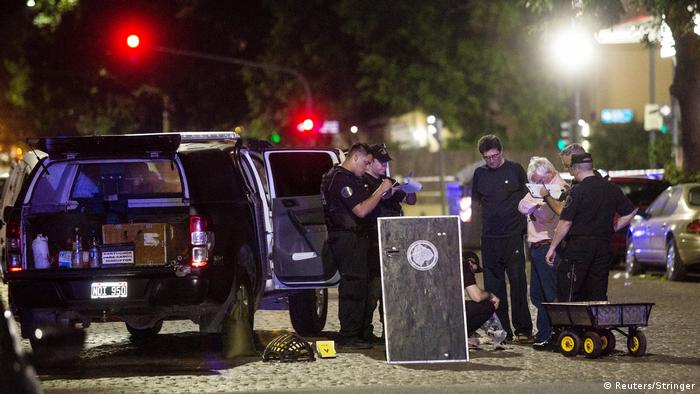 Argentina, which will be hosting the first G20 summit of world leaders ever held in South America on November 30 and December 1, has arrested 12 people suspected of being anarchists. Officials say the arrests were made in connection to two bomb incidents in the capital, Buenos Aires.

Officials say that one woman, suspected of involvement in the first incident, was injured on Wednesday when a bomb went off at the mausoleum of an Argentine police chief killed by anarchists 100 years ago. The second incident involved a bag of explosives thrown at the house of a judge. The device did not go off and was later detonated by authorities.

It is not known if the bomb attacks were related to the arrest of a man who interfered with the communications system at one of the capital's two main airports on Sunday. Jorge Newbery airport was forced to shut down for 30 minutes after the individual used a radio with aeronautical frequency spectrum to order a commercial jet to take off. The pilot of the plane ignored the command and alerted authorities, who arrested the man outside the airport.

Although officials have not said whether they believe the incidents had any connection with the upcoming G20 summit, Justice Minister German Garavano said the country's security forces were operating on "maximum alert." Speaking of the arrests, Security Minister Patricia Bullrich said she believed the suspects had an "anarchist orientation."

Argentina, which is already the site of sustained street protests over government austerity measures, is redoubling its efforts to ensure the G20 summit is not marred by the kinds of protests seen last year in Hamburg, where hundreds of people were injured and damages ran into the millions. 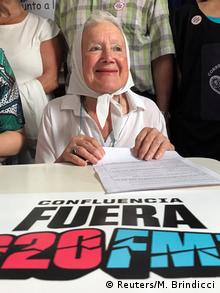 On Thursday, dozens of groups, including social organizations and trade unions, announced that they planned to protest when world leaders arrive in the capital. Beverly Keene from Confluencia Fuera G20, an alliance of G20 critics, called on "the entire population to massively protest against the G20's policies of austerity, poverty, looting, contamination, misery and death."

Keene decried the center-right government of Argentine President Mauricio Macri for criminalizing groups planning on protesting world leaders: "We are not enemies, nor terrorists. We are organizations in favor of peace."