The cost of the damage caused by street battles between protesters and police at the recent G20 summit in Hamburg may come in at about 12 million euros. Both sides still blame the other for the fighting. 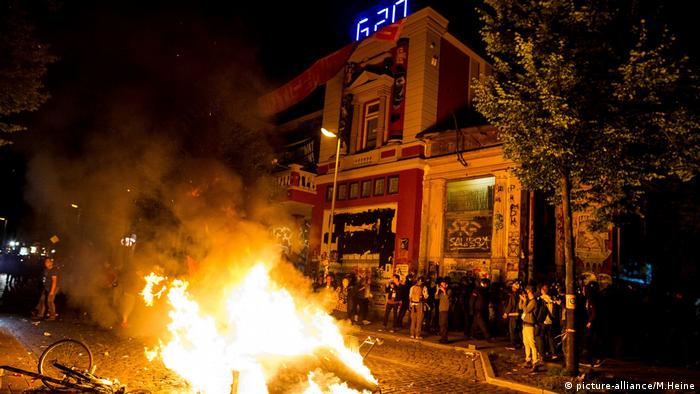 According to an initial estimate from the German Insurance Association (GDV), about four million euros ($4.6 million) was attributable to damaged vehicles alone, with the total property damage incurred during the riots running to about 12 million euros.

These are the first figures published and include damage to vehicles, residential property and shops. 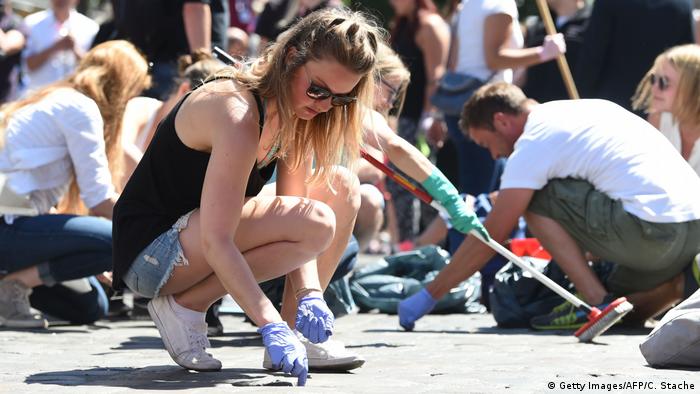 A woman cleans a street in the residential area where riots took place after the G20 summit in Hamburg, on July 9, 2017

The city's mayor, Olaf Scholz, said after the summit he felt "ashamed," while senior government members have faced questions as to why the city had been chosen to host an event that is a traditional focus of antipathy among anti-globalization demonstrators.

A spokesman from Hamburg's interior ministry told Die Welt that there are 35 ongoing investigations into the police's actions during the protests. Of these, 27 reportedly involve accusations of assault by officers.

Nevertheless, Scholz told the broadcaster NDR, "there was not police brutality […] That is an accusation that I firmly reject."

Conservative politicians have blamed "left-wing extremists" for violence against police officers, about 500 of whom were reportedly injured.

In total, 186 people were detained amid the protests and riots and 225 were taken into police custody. Officials also issued 51 arrest warrants.

Chancellor Angela Merkel promised immediately after the summit to work with Hamburg authorities to help people affected by the riots.

The government then said it would pay half of the costs of property damaged, but did not specify a sum. The city of Hamburg, together with the Hamburg Investment and Support Bank, have set up a fund to help people who were not adequately insured.

The G20 riots have put new political pressure on leftist centers like Rote Flora in Hamburg and Rigaer 94 in Berlin. But they remain protected by the law. (10.07.2017)

Lawyers for the cyclists have said police admitted fault after one was left with a broken arm. German police have previously been criticized for their handling of the 2017 G20 protests in Hamburg.