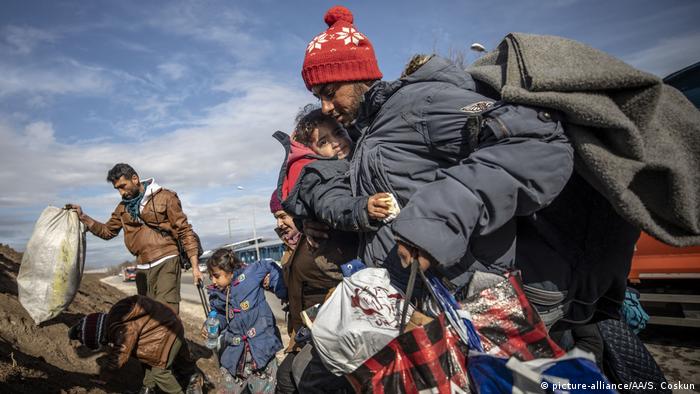 Last Thursday, Turkish President Recep Tayyip Erdogan declared he would open the country's border, allowing migrants and refugees to make their way to the Greek frontier. Since then, thousands of people have streamed to Turkey's Pazarkule border crossing with Greece near the Turkish city of Edirne.

Greek border guards, however, have tightened security. They are deploying tear gas and water cannon to drive away migrants and refugees attempting to cross the border. Observers have reported that Turkish authorities have been firing tear gas as well.

Footage of these dramatic scenes has gone around world — showing men, women and children fleeing clouds of tear gas and Greek coast guard officers firing warning shots to force migrant vessels to turn back towards Turkey.

These images are reminiscent of the 2015 refugee crisis, when, at some point, up to 10,000 refugees and migrants were arriving in Greece each day. Ankara and Athens, however, are capitalizing on these dramatic events unfolding along their border to further their own political agenda.

Ankara is keen to cast a particularly dramatic image of the situation, with Turkey's Minister of Industry and Technology accusing Athens of having granted protection to "terrorists involved in the July 15 coup attempt" on Twitter. The minister added that "this (Greek) government is now shooting down innocent refugees" and that "Greece will never rid itself of this disgraceful episode in its history."

Turkish Interior Minister Suleyman Soylu has also been commenting on the situation at Pazarkule via Twitter. He recently claimed, for example, "this morning at 11:00 a.m., another person died, and human rights abuses continue unabated." Soylu sends updates as to how many migrants and refugees have supposedly already made it into Greece. Last Wednesday, he claimed that 135,844 individuals had crossed the border. Greek authorities, however, have not commented on these figures.

According to the Human Rights Center of the Istanbul Bar Association, only about 2,000 individuals have gathered at Pazarkule border crossing. DW reporter Tunca Ögreten estimates that no more than 3,000 people are waiting there at this moment.

Turkish pro-Erdogan media outlets have been churning out an endless stream of reports claiming that Greece is callously turning back individuals who have fled hunger, desperation and war. Many Turkish papers are portraying the EU, and Greece in particular, as "cruel" and "brutal" for rejecting migrants and refugees.

Yeni Akit, an Islamic fundamentalist Turkish daily, ran a headline claiming: "Refugees are bombed, the West has lost its humanitarian guise." Another stated: "Unscrupulous Europe. Migrants are forced back, without compassion for women and children." Akşam, another Turkish daily, echoed this sentiment, writing: "Europe does not care about this drama. The Greeks let them die. And Turkey's armed forces saved them."

Many Turks hostile towards refugees

Turkey, which currently hosts some 3.6 million refugees, is keen to share this burden with other countries. Turkish President Erdogan has repeatedly railed against Greece and the rest of Europe for doing too little to help. Since the Turkish economic crisis in the summer of 2018, hostility against the millions of refugees in the country has grown. According to pollster Türkeitrend, 87.1% of Turks are unhappy with the government's policy towards them.

Yet Athens, too, has been casting the border situation in an overly dramatic light. Greek authorities claimed to have prevented 28,000 refugees from breaching the border, saying that merely 220 made it across. Eyewitnesses, however, told DW that between 1,000 and 2,000 individuals crossed into Greece legally.

Athens is eager to signal that its border is sealed and that everything is under control. Some Greek media outlets, meanwhile, have been running sensationalist headlines and stoking fears. Like Kathimerini, a conservative daily, which recently ran the headline: "Permanent danger of asymmetrical war on border." Ultra-nationalist paper Makeleio, in turn, has suggested invading Turkey for a "re-run of 1821." The date refers to the Greek revolution, which brought it independence from the Ottoman Empire.

On the Greek evening news, meanwhile, commentators have been stoking nationalist sentiments and creating the impression that the country finds itself in a war-like situation under siege from "invaders" and "intruders." 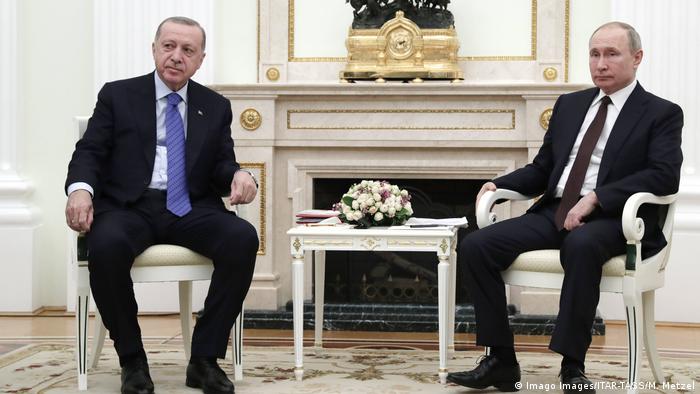 Conservative Greek Prime Minister Kyriakos Mitsotakis seems glad to capitalize on the tumultuous border situation to portray himself as a man of action, determined to fight the specter of mass immigration. Indeed, surveys show that a majority of Greeks view this as his most pressing challenge to date. Mitsotakis himself has deployed highly dramatic rhetoric as well, accusing Turkey of being the "world's biggest human trafficker," and saying Greece faces an "invasion of people of unknown origin."

Many migrants and refugees stranded at Pazarkule border crossing share the dream of one day living in Germany, Austria or Scandinavia. What Turkey and Greece, in turn, have in common is that they both instrumentalize the situation for their own political purposes. While Turkey is effectively blackmailing the West, Greece is seizing the moment to stir up nationalist sentiment.