Anger boiling over in Kashmir amid continuing lockdown | Asia | An in-depth look at news from across the continent | DW | 10.09.2019

New Delhi's imposition of severe restrictions on people's movement and communication in India-administered Kashmir has strengthened separatist tendencies in the region. Rifat Fareed reports from Pulwama. 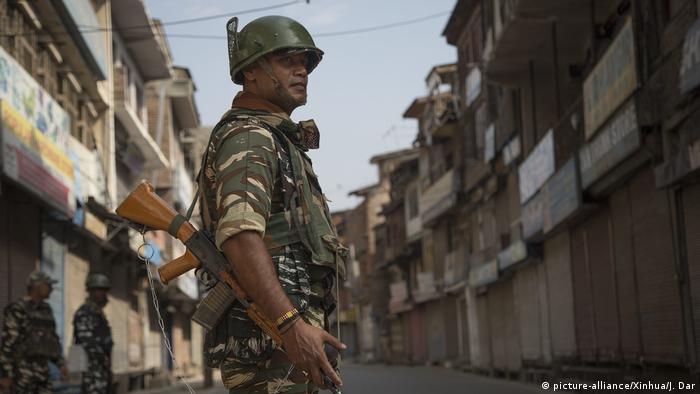 Muhammad Amin, 55, a resident of Karimabad village in the southern part of India-administered Kashmir, was shocked when India stripped the region of its special constitutional status last month and split it into two separate territories governed directly by New Delhi.

Since August 5, the day the Indian government announced its decision, India-administered Kashmir has been under an unprecedented military clampdown.

To suppress any unrest, authorities have cut all communications, imposed a curfew and deployed thousands of additional troops to a region which is already one of the most militarized in the world.

Amin said this is the first time he has witnessed such drastic restrictions on people's movement and communication.

"The kind of security lockdown currently in place, I have never seen it before. It didn't occur even during the early 1990s when militants roamed openly in the region. There is hardly any militancy now, but the presence of armed forces on the streets is more than ever," he said.

The communication blockade that was imposed over a month ago continues indefinitely till date, with no word from authorities about when it will be restored.

The internet and phone connectivity, barring landline phones that have been restored over the past couple of weeks, have been completely suspended. This has led to the region's residents being cut off from the outside world.

"We do not know what the government is up to. New Delhi doesn't want the world to know what's going on here. The communication blockade has created havoc in our lives," Amin said, referring to the difficulties faced by residents, particularly in southern Kashmir where many areas continue to face restrictions on people's movement.

The lockdown and restrictions on communication have caused immense hardship for the region's people.

Munawara Begum, a resident of Rawalpora, said she had to take her child for medical treatment and not a single doctor was available as all private clinics were shut. "We went to the hospital and the emergency ward was crowded as people have no other option," she said. "We then took him to a pharmacy where they gave him medicines."

Even the UN rights chief on Monday voiced alarm over the current situation. "I am deeply concerned about the impact of recent actions by the government of India on the human rights of Kashmiris," Michelle Bachelet said in her opening statement to the UN Human Rights Council in Geneva. 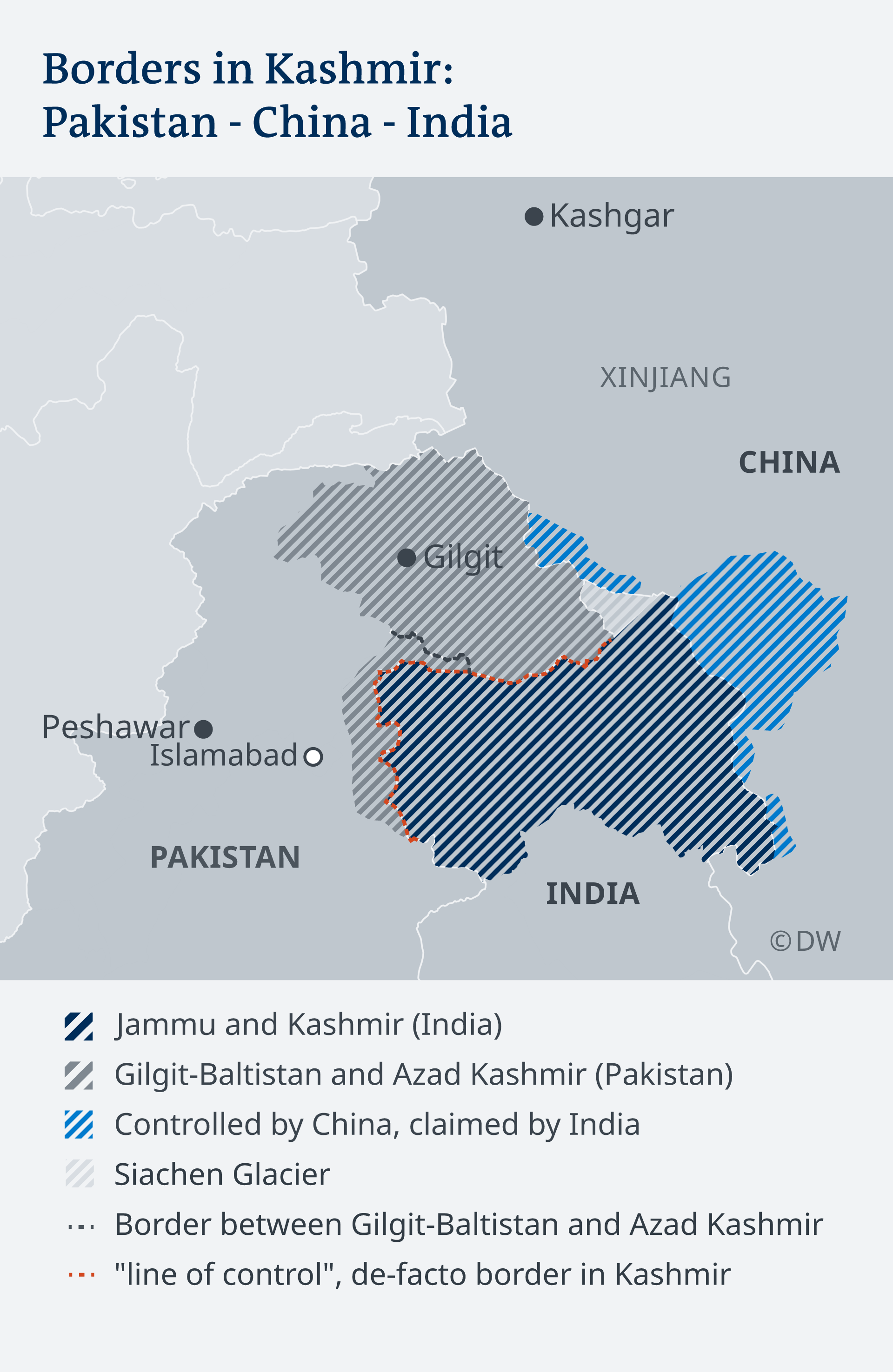 While Indian authorities claim that the situation is returning to normal, Muhammad Shaban, 60, warns that the current "suppression" will generate another armed rebellion in the region. He said that the government's moves have already strengthened the separatist sentiment among the population.

"They have crushed people's voices and we can't even express our resentment. But how long can they do it? History is witness; such oppression only backfires badly," Shaban, a resident of the southern Anantnag district, said.

Shaban fears that New Delhi's decision has strengthened "hatred for India" in the region, where a three-decade-old insurgency has intensified with popular support in recent years. It will force many more young men to pick up guns, he said.

"There were still people, like mainstream political workers, who sided with the idea of India, but India has choked that space also," he said, referring to the widespread crackdown on top politicians and political workers in the region.

"What democratic space do people have to protest or to express themselves? There is none. So it will definitely force people, especially the young ones, to take extremes steps. There were people who were against the gun culture, they did not approve of militancy, but what is left for them now?" he asked.

Another resident, Jana Begum, said that in her village in the volatile Shopian district, more than two dozen insurgents were killed after the 2016 agitation, which was sparked by the killing of a young militant Burhan Wani.

She fears that the current situation could become even worse. "Everyone now wants freedom," the 55-year-old said. "Because the authorities have muzzled all voices and blocked all sources for people to communicate, they are able to control it temporarily."

She added: "people had no idea that India would take such a step and everyone was caught unaware. They are really in shock and do not know how to react.

"The authorities claim that there have been no protests and killings, but let them allow people to protest then they will see."

Protesters say the anger against New Delhi's actions has permeated all sections of Kashmiri society.

Jamia Masjid, the largest mosque in the Kashmir Valley, has remained locked for the past one month and paramilitary forces are heavily deployed in its vicinity. Protests and clashes with security personnel have occurred regularly in several areas, particularly in the region's main city Srinagar.

To control the protesters, troops have often used tear gas and pellet guns.

Firdous Ahmad Khan, whose teenage son Asrar was wounded by pellets on the evening of August 6 and passed away at a hospital earlier this month, said he wanted justice for his son.

Asrar, 17, was focused on his studies and he was also an avid cricketer, Khan said. "They fired without any provocation. He was playing cricket and they fired at him," he said.

Indian police have clashed with Shiite mourners at banned religious processions in Kashmir. Indian authorities have warned residents "not to venture out of their home" amid a tightening crackdown in the region. (08.09.2019)

Tens of thousands of people have rallied across Pakistan in opposition to New Delhi's crackdown in Indian-ruled Kashmir. Pakistani Prime Minister Imran Khan accused his neighbor of committing war crimes in the region. (30.08.2019)

Families fear for their relatives in India-administered Kashmir

The Kashmir conflict has split families apart for decades. Now as tensions have been reignited, families in Pakistan-administered Kashmir are worried about their relatives on the Indian side of the border. (15.08.2019)